Lindy Ledohowski has a PhD in English, and is co-founder and CEO of EssayJack Inc., an educational start-up company. She was previously a tenure-track professor of English at the University of Waterloo. Lindy wrote a Transition Q & A in May 2016. Read that here. Connect with her on LinkedIn, follow her on Twitter @DoctorLindy, and on Instagram @doctorlindy. 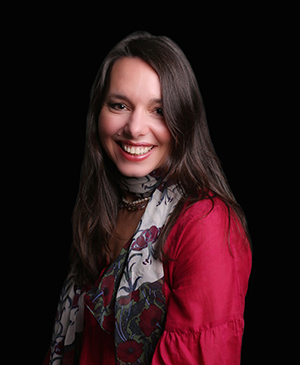 Nearly two years ago, I wrote a Transition Q & A, because my story is a unique one, and I wanted to get it out there. I quit my tenure-track job  – not for another job and not because I knew what was coming next – and I think that grad students who are facing a dismal job market should know that even if you land tenure it may not be what you think it might be.

Two years on from that early post when I was the co-founder of a fledgling edtech start-up, I’m now in a better position to provide advice or input. Since then, I’ve been recognized and awarded prizes as an entrepreneur; our business has seen steady user growth; we have launched in multiple countries, and I now feel more confident as a recognized entrepreneur.

Interestingly, though, a scholarly book that I co-edited with the University of Toronto press has won a nationwide literary prize since I last wrote about my post-academic life.

I started that book as I was leaving my job as a professor. I had originally been in contract negotiations to turn my dissertation into a book with the press, and when I quit my job, I emailed the editor and said, “well, I’m not going to spend the time turning my dissertation into a monograph, because I have to figure out how to make money.” The editor totally understood and wrote back saying that if I ever had another project to come to her.

My doctoral work looked at diversity in Ukrainian Canadian literature. My research was all about the multiplicity of voices in any ethnic community, and so it made sense for me to think about an edited collection, rather than a single-voiced monograph. However, had I still been a professor, I would have gone after that monograph because of the prestige associated with it.

Freed from those constraints, I was able to think more broadly about how to put my feminism, my commitment to diversity, my belief in multiplicity, and my whole-hearted belief that sometimes the smartest things are said in poetry rather than in peer-reviewed prose.

With that freedom, I wrangled an amazing scholar whose work I had long respected to join me as a co-editor (thank you, thank you, thank you Dr. Lisa Grekul), and then I asked all the women writers who I never thought would give me the time of day to see if I could convince them to submit a piece for this collection. Everyone said yes. Everyone. Said. Yes.

Five years after the start of that book project, through a consultative, open, engaging, and collaborative process, we had a University of Toronto Press book in print. It had the cover art we wanted. It had poetry. It had essays. It had confessional fiction. And I had made friends out of the greatest, smartest, toughest, women I could ever imagine working with.

Not only am I unendingly proud of this book, I am unendingly proud of the process we took to produce this book. I’m not going to say it was easy. We had various personal crises along the way. Babies were born. People moved. Loved ones got sick. There were times when some of the collaborators threatened to pull their pieces. There were fights over spacing. Fights over wording (reclaimed vs claimed was one of the big ones). I had to rewrite a huge section of the introduction. And through it all, I was never in the same city as my co-editor, not once. She and I managed things long distance, all the while she juggled becoming a new mom and submitting her tenure file and I managed my post-academic life and started an edtech company.

So if you are thinking of a life off the tenure-track – by choice or by force – know that there are ways that you can still find your voice (or voices) to produce the kind of work that makes you proud and fulfills your soul.

And maybe, just maybe, a jury of your peers will sit up and celebrate your output at a gala event. It’s not all about the prizes, but the prizes don’t hurt.