As an eventful 2022 comes to an end, here are the stories and issues that shaped the year in Canadian higher education. Re-enjoy some of our award-winning content during your holiday break. And in the spirit of the season, share this newsletter with anyone in your network who may not know about UA.

The internationalization of Canadian higher education has ballooned over the last decade, providing a boon to Canadian universities who have long hailed the benefits of welcoming international students. The 2021-2022 school year saw a record number of study permit applications processed by the Canadian government, with some estimates placing the economic contribution of these students – who pay three to five times more for tuition than domestic students – at over $20 billion. But the pandemic cast a hard light on the downside of Canada’s dependence on international student mobility, causing many to ask: are we doing enough to support students from abroad?

In the early months of 2022, as the Omicron wave was hitting its peak, research showed that international students face unique challenges that contribute to increased risks of problems with anxiety and depression. These include the far-reaching impact of travel bans, closure of campus services like meal halls and on-campus jobs (which they are more likely to depend on) as well as employment exploitation, culture shock, and housing and food insecurity.

To help students deal with these challenges, international student offices did their best with the tools at their disposal, marking some success with online group advising sessions, immigration appointments and drop-in hours. The virtual environment also held promise for providing more equitable access to education, with one adviser arguing that remote learning can better support the needs of an international student body struggling to juggle school, work and the affordability crisis. 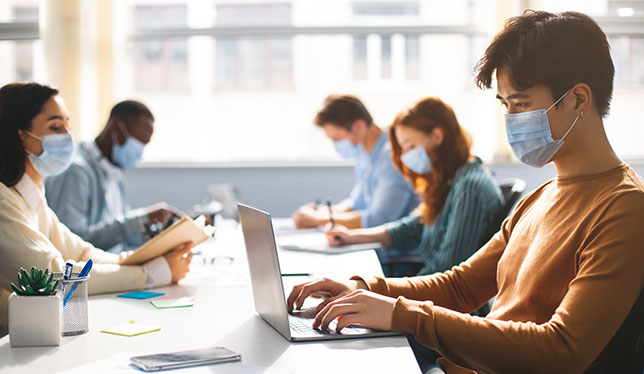 As classes returned in-person, faculty reflected on how the diverse student population presented new opportunities for professors to create more inclusive learning environments and practice cross-cultural communication and pedagogy. Our Skills Agenda columnist, for one, reminded educators that today’s students come from a vast array of backgrounds and have been through a lot over the last two years – and to err on the side of compassion.

But the complexities of university internationalization expand beyond the sector. The education-immigration policy nexus (or “edugration”) was mired with controversy this year. In August, we reported on the high refusal rates of study permits from French-speaking, African applicants – which place French-language universities at a disadvantage. And more recently, we covered the murky world of international student recruiting which showed that unregulated third-party agents have been peddling false expectations about the international student experience in Canada.

As we move into 2023, international students will continue to be top of mind for faculty, administrators and the sector as a whole. Ultimately, these students are highly skilled, talented young people who want to make Canada their home, and as our columnist Ivan Joseph wrote, “There are a lot of things that we can’t fix about the system international students have to navigate… but there are a lot of things we can do.” We hope to bring you those stories next year.

When it first became public in February 2021 that Laurentian University – one of the few bilingual institutions in the country – had been declared financially insolvent, eyebrows raised in the higher education community across the country. How did this happen? What did they do to wind up in this position? No doubt many institutions who were (or even still are) teetering on the brink of bankruptcy began taking notes on every step of the process that followed after it was revealed that Laurentian would be seeking protection under the Companies’ Creditors Arrangement Act.

We at University Affairs of course followed these developments very closely, thanks to our Sudbury-based writer Julien Cayouette. One year after the university was declared insolvent, we produced a timeline of what had happened during the first 365 days of Laurentian’s restructuring. As the process crawled along, some Laurentian faculty and staff associations did not shy away from sharing where they thought most of the blame for this situation should be laid.

“I’ve been to too many meetings where I’ve seen either the president or the vice-president make statements and when people try to reinterpret them to make sure they understand them, they go back and manipulate their words and turn it around and say the person misunderstood. But 40 people can’t all have understood the same thing and misunderstood at the same time,” said one professor. 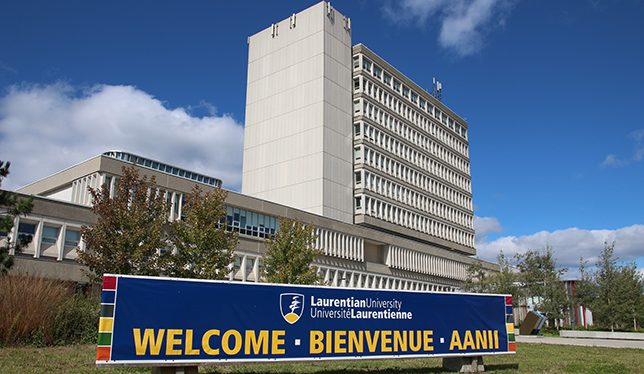 Then in early spring, three reports were released that offered some insights on some of the steps the institution should take if it wanted to climb out of the hole it found itself in. Unfortunately, these reports did little to renew any faith in the way the university had been running over the years. Many recommendations were made to improve the governance and administrative decision-making at the institution.

In July, on the same day that Laurentian filed its first proposed plan to creditors, it was also announced that president and vice-chancellor Robert Haché and provost Marie-Josée Berger would be retiring before the CCAA protection ended. This announcement was met with mixed reactions, with some faculty happy to hear it, while others were skeptical about the timing. “Their departure is merely a smokescreen to divert attention from what [the institution has] done over the past 10 years,” said one professor.

Then, a potential light at the end of the tunnel emerged in September: Laurentian’s proposed plan to creditors was approved. While this sets the university on the right path, there are still many steps ahead before the institution is financially solvent.

We will continue to follow this developing story closely (including a story to mark two years since the university first announced its financial insolvency), helping our readers to make sense of all of the milestones Laurentian must hit as it continues on its journey.

Universities step up their fight against climate change

On the last day of COP27 (the United Nations Framework Convention on Climate Change), UN Secretary-General António Guterres stated, “The world still needs a giant leap on climate ambition. The red line we must not cross is the line that takes our planet over the 1.5-degree temperature limit.”

The urgency to take action when it comes to climate change is being felt in all aspects of our lives, and higher education of course has a significant role to play. This includes preparing students for the fight that lies ahead of them, not by telling them that all hope is lost, but instead, teaching them “how to identify, learn from and enact repair for past mistakes.” Some professors have even started implementing a climate focus in their courses, like Sean Holman, a professor at the University of Victoria who developed the Climate Disaster Project, where students in the writing department identify regional climate disasters and compose stories about people who have been impacted by them.

Other researchers are choosing to partner with Indigenous groups to see what insights can be gained by working with those who have lived on the land for generations. This is exactly what Winnipeg’s Prairie Climate Centre did when it partnered with Indigenous groups to decolonize its interactive Climate Atlas of Canada. “We talk a lot about universities working in a reciprocal and respectful way with communities. But to see it in practice and to see the benefit come to communities and the pride of the researchers, it’s just so humbling for a Western-trained, white academic,” said Ian Mauro, the centre’s director. 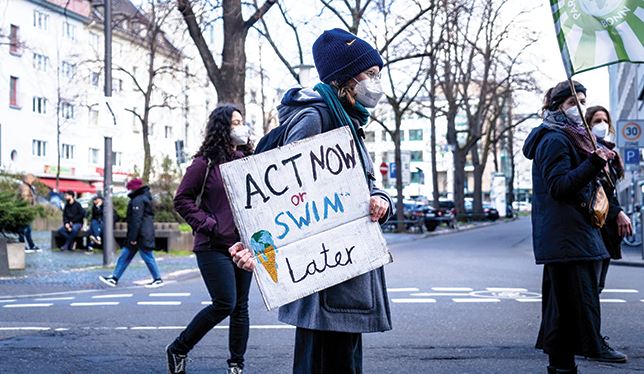 In a similar vein, the academic leader at the National Collaborating Centre for Indigenous Health made sure to include a chapter in the federal government’s most recent comprehensive study on how climate change is impacting the health of Canadians focused on Indigenous populations in Canada. “We need to actively create space for Indigenous voices to talk about these important topics – we’re talking about the very essence of our being when we’re talking about the land,” she said.

Some universities have even gone a step further by refocusing entire programs through a climate change lens. As reporter Patricia Hluchy learned, several business schools across the country are increasing their focus on environmental and social impacts. “We’re realizing that we’re in a very bad situation, and that if we don’t change and reduce our global temperatures, things are going to get catastrophic. We’re going to have to deal with these impacts in our lives,” said one business student at York University.

Meanwhile, the One Health movement continues to gain traction. We explored the impact of this interdisciplinary approach to human, animal and environmental health in a feature story written by long-time UA contributor Diane Peters. As the director of the University of Guelph’s One Health Institute explained: “One Health says that certain problems are complex, and if we have a complex problem at the intersection of human, animal and environmental health, that can’t be solved by one person in one discipline.”

2. Are microcredentials the future of higher ed?
They’ve been on the lips of a growing number of postsecondary administrators and faculty in recent years, and COVID-19 has only accelerated the trend.

3. Canadian universities are quietly being repurporsed
It is  difficult to see performance-based funding as anything but an ideologically based attempt to redesign the fundamental mission or our universities, writes Marc Spooner.