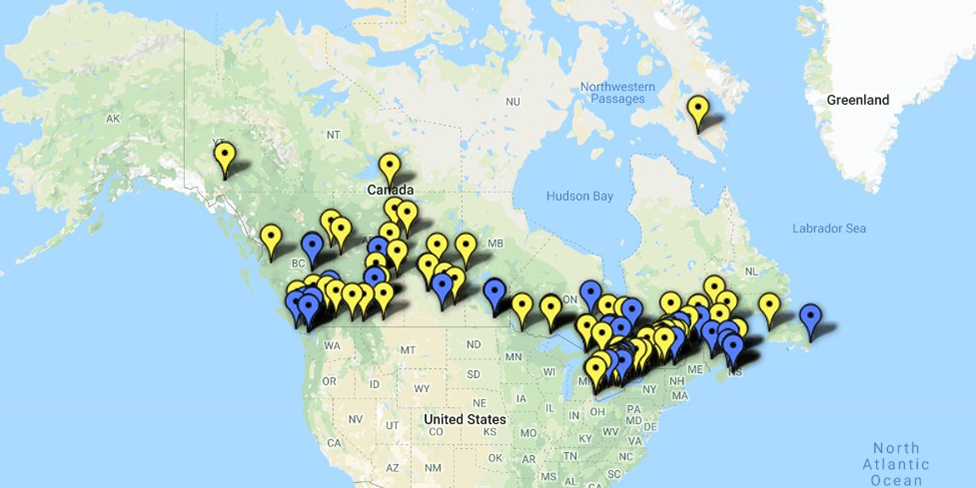 A map to the federal Post-Secondary Institutions Strategic Investment Fund

As SIF-funded projects wind down, a look at where the funding was distributed by project, institution and province.

*Editor’s note: In December 2019, Google decommissioned its Fusion Tables service, through which our interactive SIF map was created. While the map is no longer available, you can access the CSV file from which the map was created here.

Remember the Post-Secondary Institutions Strategic Investment Fund? Announced as part of the 2016 federal budget, the $2-billion funding initiative offered short-term investment in infrastructure projects already in progress at universities, colleges and CEGEPs across the country. To qualify, a project had to improve “the environmental sustainability of research and innovation-related infrastructure,” “the scale or quality of facilities for research and innovation,” or “improve the scale or quality of facilities for specialized training at colleges.” Federal funds cover up to 50 percent of eligible costs so projects were also expected to have financial backing from provincial or territorial governments, and other sources such as municipal governments, industry partners or private donors.

Projects funded through the Post-Secondary Institutions Strategic Investment Fund, or SIF, were expected to be completed by April 30 of this year, however the Ministry of Innovation, Science and Economic Development has conditionally extended the deadline to Nov. 30.

With many of the projects finished – or near finished – University Affairs decided to take a look at where SIF funding has gone. The icons on the map below represent each postsecondary institution that received SIF funding. Click on an icon to learn more about that institution’s SIF-funded projects. (See the editor’s note at the top of the page for an explanation as to why we’ve deleted the map.)

SIF by the numbers

Some 299 projects have been funded through SIF at 63 universities and 99 colleges, CEGEPs and polytechnics. Université de Montréal received $131.4 million through SIF, the most funding for any institution. It also received the largest single-project commitment – more than $84.2 million for the construction of a science complex at its Outremont campus, estimated to cost more than $348 million total. The University of Toronto was a close second on both counts – it was approved for more $83.7 million total SIF funding, all of it for the Lab Innovation for Toronto project.

The full breakdown by province:

Project reporting should be finished by February or March 2019 – in time for the next federal election. Additional information on individual projects is available through the SIF website.

*An earlier version of this article listed 11 SIF-funded projects in Saskatchewan. After this article was published, ISED confirmed that one project out of the three originally announced at the University of Saskatchewan in 2016 had been cancelled. The funds were reallocated to other projects in the province.