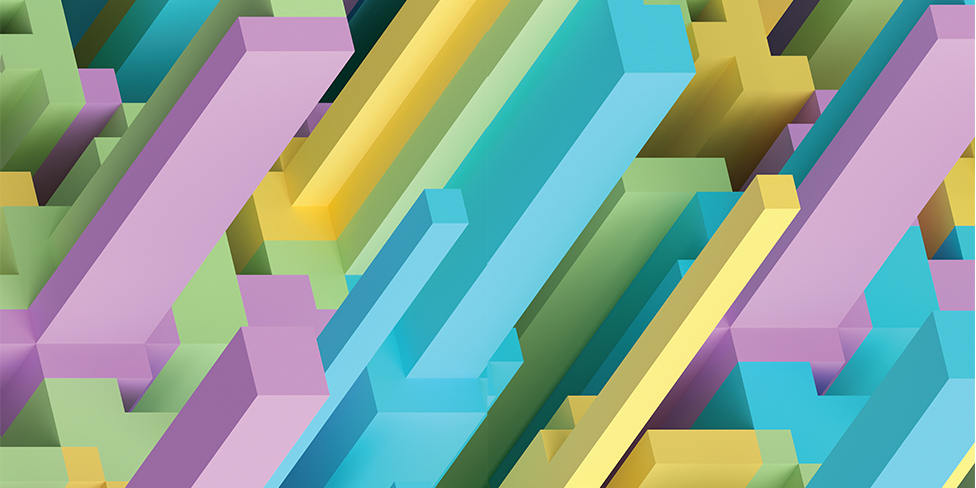 In his 1919 “Bauhaus Manifesto,” German architect Walter Gropius laid out his plan for the revitalization of the visual arts. He believed that the salon system of art education had grown elitist and stagnant because it had lost touch with craftsmanship. Among his central principles, Gropius called for “contact with public life, with the people, through exhibitions and other activities.” While Gropius’s ideas remain influential in art and design schools, many universities in Canada have largely resisted that principle until now.

In the past few years, a number of small to medium- sized universities – which tend to be more geographically and culturally sequestered from urban landscapes than their larger counterparts – have sought to bridge the gap between arts education and the community by moving downtown. Following in the footsteps of Simon Fraser University, which opened its School for the Contemporary Arts in Vancouver back in 2008, Brock University, Laurentian University, MacEwan University and the University of Windsor have all unveiled new arts-related facilities in city centres. Each seeks in its own way to revitalize its surrounding community while taking advantage of the unique pedagogical opportunities of its new central location.

Preserving the past while building the future

In 2015, Brock University opened its long-anticipated Marilyn I. Walker School for Fine and Performing Arts in St. Catharines, Ontario. Part of the city’s plan to build a “creative cluster” in its sleepy downtown, which had been emptied out by decades of deindustrialization and suburbanization, the opening was hailed as a catalyst for the rebirth of the whole city centre.

To house its new facilities, the university chose the dilapidated Canada Hair Cloth Company Building, a former textile mill that had sat disused and in disrepair for years – a reminder of St. Catharines’ industrial past. Starting in 2008, the university undertook a massive renovation of the building thanks to a donation of $15 million from the building’s namesake, philanthropist and artist Marilyn I. Walker. Elizabeth Vlossak, the facility’s interim director, sees the school as a way to preserve St. Catharines’ industrial history (most recently, as a hub for auto-parts manufacturing) while moving the city toward a post-industrial future. “The building is symbolic not just of the place of the arts in the university, but the place of the arts in a community and a city, and also in the Niagara region,” she says.

Dr. Vlossak sees the development of the creative cluster, which also includes the new FirstOntario Performing Arts Centre, a partnership between the city and Brock that sits adjacent to the new satellite campus, as a push toward an “orange economy.” The term has gained a great deal of traction in South America to describe how the arts and entertainment industries can become huge economic drivers in areas that have lost their traditional industries.

Victoria Reid was one of the first students to take advantage of the brand-new facilities that now house Brock’s dramatic arts, music, visual arts, and arts and culture studies programs. She was in her second year of a bachelor’s degree in studio art when the buildings opened, and she remembers it changing her whole relationship to the city. “Before, I kind of avoided going downtown,” she remembers. “I found it kind of scary.”

But as students inhabited the new space, graffiti was replaced by murals and new businesses were drawn to the area. During her time there, Ms. Reid, who is now working on a master’s in library and information sciences at Western University while continuing to make art, had many chances to take part in exhibitions at those local businesses. “It gave me experience I don’t think I would have gotten removed from the downtown area,” she says. “I had a lot that I could put on my resumé.”

Current director David Fortin explains that every aspect of the campus – from its central location to the building’s exposed architectural details and its use of wood throughout – was designed to support the architecture school’s mandate to serve, and draw inspiration from, Northern Ontario.

“Many design schools revert to a heavy focus on urban context and urban thinking. The school is being set up to challenge that,” Dr. Fortin says. What happens, he wonders, when a design school is instead built around remote and northern contexts, around economies and communities that are heavily invested in logging and natural resource development?

Community engagement is key not only to the administration of the unit but extends to the curriculum. “Most of our design studios don’t just work on hypothetical building projects,” explains Dr. Fortin. Rather, students are working with communities in Northern Ontario to design “real projects with real clients under real conditions,” giving them a real-world experience.

Dr. Fortin believes that the size of Sudbury, which has a population of just over 88,000, has a “transformational capacity” that might get lost in a bigger city. Because they might not have a full roster of arts events to choose from already, locals are more likely to take in the installations students create in a local parking garage or take part in the annual Nuit Blanche festival hosted at the architecture school in January. Meanwhile, students might have the mayor or a city councillor come by to participate in panels to review their work.

According to the latest census, about 25 percent of residents in Sudbury say French is their first language and 10 percent identify as Indigenous. As part of its goal to be a hub for the whole community, Laurentian regularly hosts events at its downtown location that cater to francophone, bilingual and Indigenous communities. These events have included the travelling art installation Walking with Our Sisters, which commemorates missing and murdered Indigenous women, the Salon du Livre du Grand Sudbury, a French-language book fair, and Up Here, a bilingual festival of urban music and art.

This open-door policy to community groups can create some logistical problems around managing the space, but to Dr. Fortin, it’s worth the extra planning. In Edmonton, MacEwan University’s new Allard Hall, which opened in September 2017, stands out because the new central location has actually brought arts programming closer to the university’s main buildings rather than further away. For decades, MacEwan’s arts and communications programs were housed in the aging Jasper Place in the west end of the city, a half-hour bus ride from the university’s main campus downtown.

The new facility sits just across the street from the MacEwan campus, which has made it easier for students to access classes across disciplines. “Now they can just walk over the pedway and take whatever they want – philosophy, psychology, computer science,” says Allan Gilliland, the dean of the faculty of fine arts and communications who oversaw the move to Allard Hall. That proximity has overhauled the culture within the faculty, he adds, encouraging a more interdisciplinary approach.

Dr. Gilliland has also made it his mission to reach out to nearby communities, not only to the businesses in the downtown core to the south of Allard Hall, but also to less-affluent residential neighbourhoods north of it. He sees these connections as a way to add value for students. “There’s a tendency, especially with performance spaces, to become a glorified conference centre,” he says. “What I really want to do is look at opportunities to collaborate with groups that come in here as a bridge for our students as they take their steps out into the real world.”

To that end, the faculty has forged a partnership with Ballet Edmonton, now based out of Allard Hall’s Triffo Theatre. Dr. Gilliland acknowledges that ballet might seem elitist, but he points to the company’s work with seniors as well as people with Alzheimer’s disease as proof that the dance troupe is responsive to, and engaged with, its hometown. “It’s not just traditional Tchaikovsy’s Nutcracker ballet,” he says.

Edmonton is also a city renowned for its theatre scene, which makes Allard Hall’s Triffo Theatre one of its most valuable features (it’s also one of Dr. Gilliland’s favourites). A full-fly facility (meaning it’s large enough for the rigging required to “fly” props and sets off stage and out of sight) with 415 seats, the theatre offers students a professional-caliber stage experience before entering a competitive job market in the performing arts.

The most recent example in the phenomenon of downtown arts buildings is the University of Windsor’s School of Creative Arts, launched in January 2018. When it came time to upgrade its arts facilities, the Ontario university took inspiration from its School of Social Work, which successfully moved downtown to the old Windsor Star building in 2015. For its creative arts department, U of Windsor purchased a beloved old armoury that had been sitting empty for years and set about a massive renovation. The entrance to the University of Windsor’s School of Creative Arts.

The school’s director, Vincent Georgie, says building onto the armoury while also preserving its existing architecture, created some unique challenges. For example, the new basement space, home to high-tech sound recording studios, had to be dug by hand. “Think of how solid the foundation had to have been to have tanks rolling over it,” Dr. Georgie explains. “Imagine how hard the digging was. Now our basement, I would argue, might be the most attractive floor of the whole building.”

Before the renovation, U of Windsor’s creative arts programs were spread across several buildings on campus that were not all in the best shape. Bringing together the music, visual arts, architecture, film and media arts departments under one roof has encouraged a whole new level of collaboration and invention amongst the faculty and student body: film and music programs have come together to explore movie scores, and architecture students are working with their department to reimagine campus spaces.

But it’s not just the university benefitting from the new central location. Dr. Georgie says he’s already seen a shift in the culture and economy of downtown Windsor, which had mostly been a weekend party spot. “Day in, day out, you’ve got next to 400 people downtown now,” he says. “All those people are walking around, contributing, parking, eating, taking part in daily life. It changes the whole vibe, there’s no question.”

There are more downtown arts campuses in the works. This past June, Carleton University purchased the Dominion-Chalmers United Church in downtown Ottawa. With it, the school has acquired 3,400 square metres of performance, rehearsal and classroom space in a Romanesque revival building. Carleton only plans to do minor renovations to the space, which already hosts about 70 concerts a year. And the church’s congregation will continue to meet every Sunday, as it has since the building opened in 1925. Though the university’s plans for the space are in flux, Pauline Rankin, dean of the faculty of arts and social sciences, says the space will have a mandate that spans “artistic expression, teaching, learning and research and then community engagement.”

Although the arts buildings in St. Catharines, Sudbury, Edmonton and Windsor are complete and now open to the public, all these facilities are still works in progress, to some extent: as students, faculty members and staff reach out and build connections with their surroundings, the buildings and their programs will surely adapt as their local communities change. Whatever their futures, it’s clear that the overriding attitude at these satellite campuses is the kind of utopian optimism that would make Walter Gropius proud.

The interior of Carleton University’s recently acquired Dominion-Chalmers United Church.
PUBLISHED BY
Erika Thorkelson
Erika Thorkelson is a freelance journalist and writer of fiction and creative non-fiction living in Vancouver. She teaches writing and humanities at Emily Carr University of Art + Design.
SEE SIMILAR STORIES
COMMENTS
University Affairs moderates all comments according to the following guidelines. If approved, comments generally appear within one business day. We may republish particularly insightful remarks in our print edition or elsewhere.