Whether in her Indigenous Science, Technology, and Society lab or on Twitter, Dr. TallBear pushes boundaries to make space for the next generation.
BY JACKIE WONG
MAR 08 2019 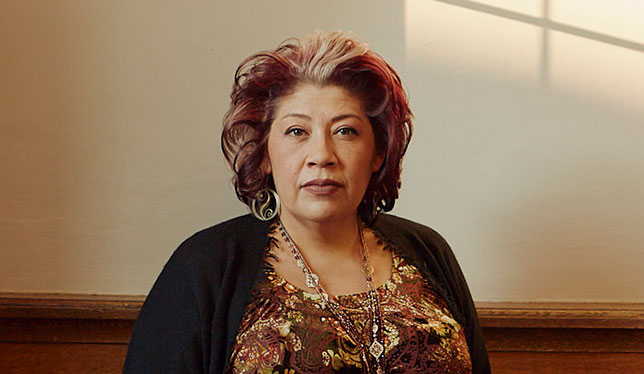 Whether in her Indigenous Science, Technology, and Society lab or on Twitter, Dr. TallBear pushes boundaries to make space for the next generation.

Editor’s note: this is the second of an occasional series, People to Know, profiling notable people working in Canada’s higher education community. Follow the hashtag #peopletoknow.

Kim TallBear has dedicated her professional life to speaking truth to power, inside the academy and out. Dr. TallBear, a professor in the faculty of native studies at the University of Alberta, says she leverages her privilege – her tenure; her seniority as holder of the Canada Research Chair in Indigenous Peoples, Technoscience, and Environment; and the respect she holds in her field – to turn the dial on the public conversation about science and Indigeneity.

She is a regular contributor to the Media Indigena podcast and a frequent media commentator on issues related to Indigeneity, science and sexualities. With nearly 26,000 followers on Twitter, her responses to public controversies – like U.S. Senator Elizabeth Warren’s claims to Cherokee ancestry – have bolstered her influence as a public intellectual.

For Dr. TallBear, who is 50, the fast, responsive nature of social media presents a fruitful space to draft arguments that she later delivers in talks and papers. “It’s part of my feminist ethic to think out loud and roughly on social media,” she says. “For me, part of that feminist ethic is thinking along with people publicly and getting feedback.” 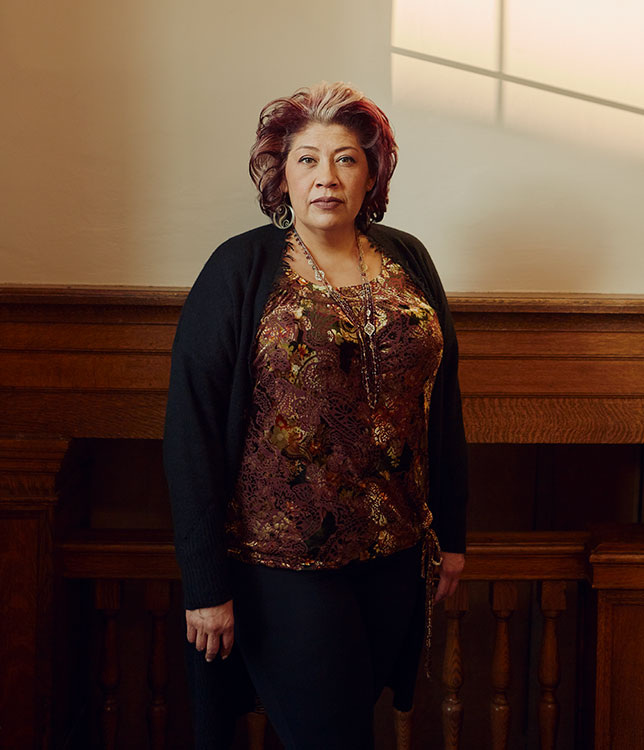 Kim TallBear at the University of Alberta. Photo by Daniel Wood.

While some academics may hesitate to step into the public arena with such energy, Dr. TallBear, a member of the Sisseton-Wahpeton Oyate in South Dakota and a descendent of the Cheyenne and Arapaho tribes of Oklahoma, says it’s part of the everyday work of showing up in solidarity with other Indigenous people, particularly younger people.

“I try to take risks that push the envelope a bit to make more space for people coming behind me,” she says. “I have a lot of young Native people all across North America and [elsewhere] who say that they really appreciate what I’m doing. One young person wrote and said, ‘Your tweets about [Omaha political activist] Nathan Phillips are helping me get through this week.’”

She brings that same sense of responsibility to her work at U of A, where she leads the Indigenous Science, Technology, and Society (Indigenous STS) Research and Training Program. Indigenous STS is an international hub dedicated to advancing Indigenous self-determination and self-governance through Indigenous scientific literacy and techno-scientific projects. It has connected Indigenous scholars around the world who are effectively working to change how science is done. It’s an effort that challenges the assumption that science comes from, and is practiced in, a neutral space by examining how Eurocentric and colonialist thinking shape mainstream understanding – to the exclusion of Indigenous ways of knowing and being.

The program also stewards the Summer Internship for Indigenous Peoples in Genomics Canada (SING Canada), which runs for one week each summer and provides a scholarship for Indigenous graduate and undergraduate students, and community members. Participants learn about the environmental, legal, economic and social implications of genomics and bioinformatics as well as decolonial approaches to these branches of science. It’s no surface-level exercise in equity and inclusion. “We’re not just trying to ‘rainbow up’ the lab,” she says. “We’re also trying to train diverse scientists. Not only for inclusion and diversity, but to make science more expansive.”

Engaging people with diverse lived experiences in scientific production, Dr. TallBear says, is part of how to improve the fields of genomics and bioinformatics. “Indigenous people, queer people and people of colour will probably do science better if they can have more agency within those fields,” she says. “They’re going to be more open to different kinds of questions, to counter-intuitive questions. We want to help train Indigenous scientists to not just critique science that’s gone wrong, but produce people who will do science better.”

PUBLISHED BY
Jackie Wong
Missing author information
SEE SIMILAR STORIES
COMMENTS
University Affairs moderates all comments according to the following guidelines. If approved, comments generally appear within one business day. We may republish particularly insightful remarks in our print edition or elsewhere.