Undeterred by her firing as Ontario’s chief scientist, U of T’s Dr. Shoichet continues to champion science outreach and collaboration.
BY WENDY GLAUSER
FEB 01 2019

Undeterred by her firing as Ontario’s chief scientist, U of T’s Dr. Shoichet continues to champion science outreach and collaboration.

Editor’s note: this is the first of an occasional series, People to Know, profiling notable people working in Canada’s higher education community. Follow the hashtag #peopletoknow. 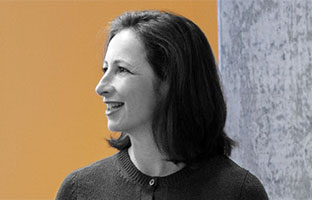 Molly Shoichet had been working as Ontario’s chief scientist for only half a year when premier Doug Ford fired her last July, days after the new Progressive Conservative government was sworn in. Dr. Shoichet was leading a team of six, connecting with different ministry officials who wanted to bring more evidence into their policy development process. She was brainstorming ways to get Ontarians excited about – and involved in – the scientific innovation occurring all over the province. And she was building important connections between government, scientific and business leaders, with the goal of fostering the province’s growing tech and biotech industry. “Bringing people together to achieve more – that is something I really brought to the role, and it’s something I really enjoy,” she says.

While Dr. Shoichet was “hugely disappointed” by Mr. Ford’s move, she says the cancellation of the role of chief scientist altogether – the government hasn’t replaced her – is what stings the most. It’s a “lost opportunity” for the scientific community and for all Ontarians, she says. “When decisions are being made, the decision makers should have the best knowledge available to them.”

A chemical engineer who holds the Canada Research Chair in Tissue Engineering at the University of Toronto, Dr. Shoichet is a champion of science. She decided to pursue graduate school in science and engineering because, she says, “I got really excited about this idea of inventing the future, coming up with strategies that would make a difference in people’s lives, instead of applying what we already know.”

She wants the public to be excited about the potential of science, too. In 2015, she cofounded Research2Reality, which produces short, accessible videos showcasing scientists’ work, and airs them on social media and at public events. “She wants to show that a scientist is not someone with big hair holding a test tube, they’re real people asking really good questions that impact our lives,” says Cindi Morshead, chair of the division of anatomy at U of T and someone who has been featured on the series and has collaborated with Dr. Shoichet.

Undeterred by the official end of her public scientist role, Dr. Shoichet recently curated an exhibit called “Artful Science,” which was shown at Toronto’s Pearson International Airport for three months up until the end of 2018. The public exhibition included beautiful, almost abstract-like images of stem cells, tissues, quantum physics experiments and more, with explanations of what the images showed and why they were important. “I really love to communicate the excitement and what’s really so cool about what we’re doing as scientists,” she says.

On top of her role as science advocate and communicator, Dr. Shoichet’s main role is to oversee her huge team of researchers, students and technicians at her U of T lab. One of the lab’s research pursuits is to create tissue-like mediums to help stem cells survive after they’re transplanted in the brain or other parts of the body. By morphing into brain or other tissue cells, stem cells can help in the treatment of stroke, cancer and more. 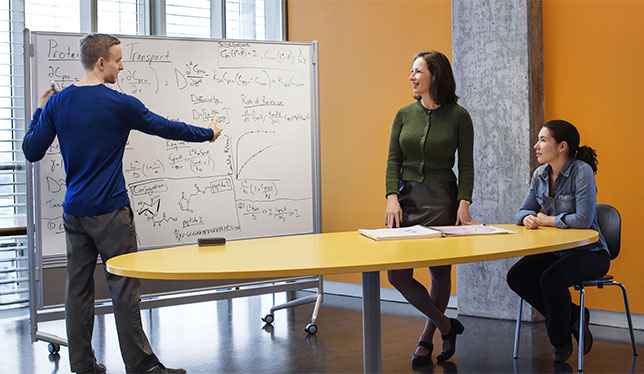 As principal investigator, Dr. Shoichet secures funds, coordinates with industry leaders, helps to foster collaboration among her researchers, and much more. “We look at cell delivery to the brain, to the spinal chord, to the eye, and those are all very different places … but the big challenges that we’re facing are very similar in that most cells that are transplanted don’t survive.” By offering a bird’s eye view, Dr. Shoichet can apply lessons learned in one study to another, propelling the science forward.

Dr. Morshead describes Dr. Shoichet as “a visionary” in bringing the various pieces together from idea to patented technology. For Dr. Shoichet, it’s a passion. “It’s like orchestrating a symphony and trying to bring all of the musicians together to make beautiful science,” she says.