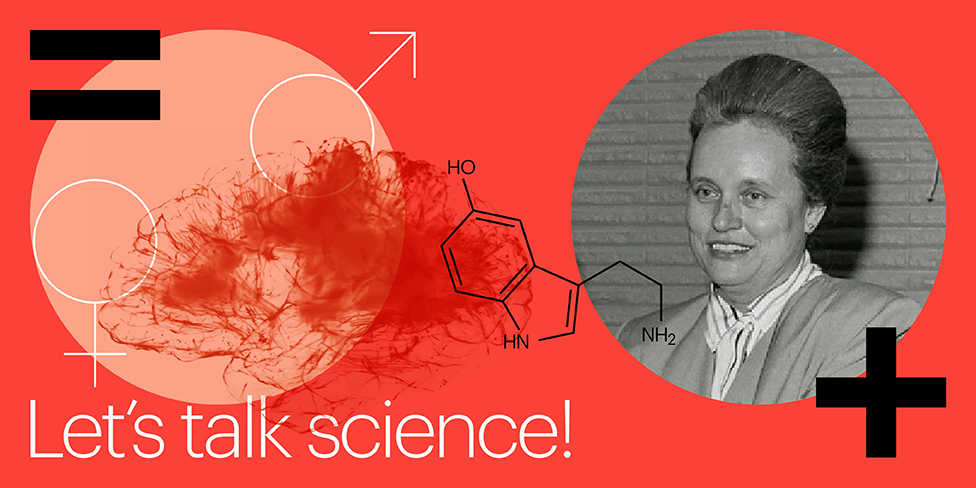 Paving the way for women in science

Acfas, the principal organization in Canada dedicated to the advancement of scientific knowledge in Quebec, French Canada and the global francophonie, is currently celebrating its 100th anniversary. To commemorate this milestone, we will be featuring a series of interviews with past board chairs of the association. They will reflect on their experiences as well as the importance of French science in today’s society. What follows is the first interview in this series.

After six decades of working in science, Andrée G. Roberge is well-placed to make us think about the changing role of women in universities by sharing her own experience.

We asked Dr. Roberge, an emerita member of Acfas, what kinds of challenges she faced as a female scientist in an environment where men and women were not considered equal. She talks to us about her early years in university at the end of the 1950s and how she was denied admission to the faculty of medicine at Université Laval, which rarely admitted women at the time.

“To be allowed into the faculty of medicine, your father had to be a doctor,” she says. At the time, there were only five women in the whole faculty. So I couldn’t be admitted, despite having high marks. And you can be sure that they spent a great deal of time reviewing them because they couldn’t believe a woman could have such high marks in science!”

Dr. Roberge therefore chose to study “diet therapy” as it was then called at U Laval. Years later, when she was the department’s well-regarded director, she helped change the name to “human nutrition.” After earning her first university diploma, she completed a master’s degree in medical biochemistry and then went on to complete a PhD within the faculty of medicine at U Laval. She then did a three-year postdoctorate at McGill University. By continuing to persevere as a scientist, she helped break down the barriers of a patriarchal society, little by little.

From the beginning of her career, Dr. Roberge never tried to hide the fact that she is a woman. “At the time, I was a member of the Medical Research Council of Canada, so of course the community knew who I was,” she says. “When I got invited to events, I would always go, even if I wasn’t welcome… Then I would find myself surrounded by the most vocal men. I had to take up space.”

Over the years, she represented Canada at the Organization for Economic Co-operation and Development (OECD) and was invited to meet with the World Health Organization on numerous occasions – in Romania, Switzerland, and Japan. She has also chaired numerous groups, associations, councils and institutes.

After serving as Acfas president in 1989, Dr. Roberge took over as head of the Armand-Frappier Santé Biotechnologie Research Centre at the Institut national de recherche scientifique (INRS). However, her application process was anything but ordinary: a former rector she had worked with applied on her behalf. Later, she was invited to interview for the position. “I couldn’t believe it,” she says.

For Dr. Roberge, these were the moments when she was able to break through the glass ceiling by taking a stand and demonstrating her skills in a traditionally male environment.

But she wants to be clear regarding equal access to high-level positions: “I don’t just want equality, I want quality,” she explains. Dr. Roberge feels that being qualified is the most important criteria and must take precedence over gender. This is essential if women are to be valued, she says.

Even though the situation of women has improved since the mid-20th century, there is still much work to be done to level the playing field for women in science. According to a 2019 report from the Ministère de l’Éducation et de l’Enseignement supérieur, there are still fewer women than men enrolled in natural and applied sciences at Quebec CÉGEPs.

“After those jobs, I was ready to go into research,” she says. This led her to set up companies and start commercializing her research discoveries.

Currently, Dr. Roberge is president of Groupe Neuro Inc., a private business she founded to commercialize 12 blood tests that “measure information input and output in the brain.” The test she developed distinguishes between the chemical markers of anxiety and those of depression.

She is also highly involved in the study of post-traumatic stress and is an expert in the relationship between the brain and the immune system. She had the initial idea that led to the creation of the Canadian Veteran’s House, the first project of its kind in North America. Soon to be located on Lac-Vert in Quebec’s Eastern Townships, the facility will offer services for people suffering from post-traumatic stress, as well as their families.

PUBLISHED BY
Samuel Sauvageau-Audet
Samuel Sauvageau-Audet is a freelance francophone journalist.
SEE SIMILAR STORIES
COMMENTS
University Affairs moderates all comments according to the following guidelines. If approved, comments generally appear within one business day. We may republish particularly insightful remarks in our print edition or elsewhere.