Dr. Nemer says she will be a champion for the understanding of science and its role in our everyday lives.
BY LÉO CHARBONNEAU
NOV 20 2017 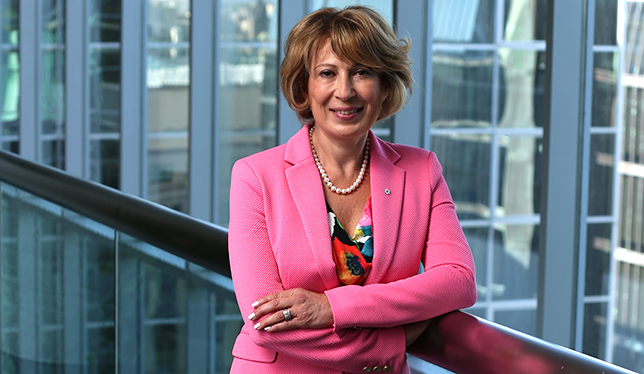 Dr. Nemer says she will be a champion for the understanding of science and its role in our everyday lives.

On September 26, the federal government fulfilled one of its election promises – restoring the position of a chief scientist – by naming Mona Nemer to the new post of chief science advisor for Canada. Prior to her appointment, Dr. Nemer led the molecular genetics and cardiac regeneration laboratory at the University of Ottawa, where she also served for 11 years as vice-president, research. She spoke with University Affairs in October about her new role and responsibilities in an interview at her nearly empty offices close to Parliament Hill. “We’d offer you a coffee,” said her assistant, “but we don’t have a coffee machine yet.”

University Affairs: Thank you for taking the time to speak with me, and congratulations on your appointment.

Mona Nemer: Thank you. It’s my one-month anniversary on the job tomorrow.

UA: I imagine it’s been busy.

Dr. Nemer: It’s been beyond busy – crazy busy. But it’s been very interesting and engaging. I’m really excited about the job.

UA: How would you describe your role as chief science advisor?

Dr. Nemer: My role is to advise the minister of science, the prime minister and members of cabinet on any scientific issues or issues requiring scientific evidence. Another aspect is the convening function, getting the intramural scientists (those working in government facilities) and extramural scientists (those working in universities, research hospitals and other institutes) to engage in more collaboration with each other and also with the rest of the world. A final aspect is maybe enhancing the visibility of science and the understanding of science among the public.

UA: So you see yourself as an advocate for science more generally with the public?

Dr. Nemer: Well, an advocate suggests lobbying. I would say I am a champion of science – for the understanding and the appreciation of science and its role in our everyday lives.

UA: Who do you report to?

Dr. Nemer: I report to the prime minister and to the minister of science. I have two bosses. 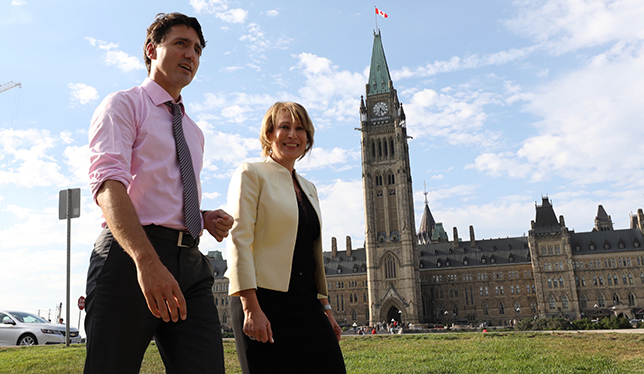 Dr. Nemer and the prime minister.

UA: How will that reporting function work?

Dr. Nemer: It will be an ongoing conversation. Their expectation is that my role will be both a reactive one and a proactive one. So there may be specific asks to look at issues on whatever matter, and there will also be things that are ongoing or that may be coming up on the horizon that the government and Canada need to be ready for – issues like the Arctic, global health, Indigenous peoples, these sorts of things.

UA: How can universities and others involved in research help you in your role?

Dr. Nemer: They can help in many ways. Universities are essential institutions for the future of the country, for our economic development. This is where we’re training tomorrow’s leaders. So they are already playing a very important role.

I think one area where we haven’t been as proactive in Canada compared to some other countries is the involvement and the engagement of the scientific community in public life and in the future of the country. I realize we ask a lot from our scientists. We want them to do research, to do training, to start companies. But I think one other important role they can play is to get more involved in policy-making and in advising government more broadly. I’m going to be discussing with the university presidents what more they can do about this. There are programs in other countries where university professors actually leave the university for one year and are embedded in a government department, and I think this is a great model. It brings back knowledge of what happens in government to the university and vice versa. I certainly would like to have some scientific experts [from the university community] in this office. It is one way that we can work together.

I think we also need to figure out a better way of working together across disciplines, across sectors. I look forward to working with the research granting councils and with the science departments in government to see how we can harness all of this scientific and intellectual richness.

Dr. Nemer: Well, yes, that’s a tricky question when it’s asked this way. Let’s say the government asks, “OK, what should we do about development in the Far North?” I don’t think it would be wise or possible to provide one option. We make recommendations and we provide options.

I’ve said this already to the prime minister and the minister of science: I think where people get disappointed is where the scientific evidence is actually altered to suit a decision. Whereas, if politicians say, “Look, we know this may not be the best option, but here are the mitigating steps we are taking,” then I think people will understand, even if they may not be happy about it. I’ll do my best.

UA: You were VP research at the University of Ottawa. You obviously know well the research sector here in Canada. What would you say are some of the areas that require particular attention?

Dr. Nemer: When you look at research, broadly speaking, we have the infrastructure, the talent pool and the operating funds. Over the past several years, we’ve done really well in catching up in terms of infrastructure, through such things as the Canada Foundation for Innovation. Everybody envies us for this. As for talent, increasingly people want to go to university to get the skills – how to think, how to solve problems, how to adapt – so that they are prepared to do the jobs in 10 or 20 years that don’t even exist yet. But to have the talent piece, you’ve got to have operating funds. And I think the data show we’ve slipped in terms of our competitive position and it needs some attention. Specifically, we need to continue to have a solid foundation, and a competitive one, for basic science, for fundamental research.

This being said, we cannot pat ourselves on the shoulder on our innovation performance and on how we move things from discovery along the pipeline. We need to mend the gap between discovery and innovation. There are some areas that are ripe for harnessing previous investments, like quantum physics, AI, genomics and others. I think we need to ensure that Canada maintains the leading edge there. And then there are areas where people look to us for leadership, such as in the Arctic, as I mentioned, and these areas are intimately linked with the environment, which is a concern for all of us. These are areas where you need many disciplines and many sectors to come together, and I hope that over the years I can do something here to help out.

UA: I think it’s safe to say the science community is very happy to have a chief science advisor and they have a lot of expectations of you. There is, for example, the Fundamental Science Review panel and their report released last April. I’m sure researchers would love to see you give a strong endorsement of the report.

Dr. Nemer: Like I said, my role is not to be a lobbyist. My role is to provide advice that is based on data and evidence. What the Fundamental Science Review does is provide us with data, and that data is important in terms of pointing the way forward. So if I am asked for my advice, I will certainly use the data and provide that advice. But I am absolutely not starting a campaign for the report.

However, I think that the community needs to be assured, and reassured, that we have a minister of science who understands the issues. She’s the one, after all, who commissioned the report. She has started to follow up on it, and that is continuing. There are some governance issues, for example, that are starting to be addressed. Yes, I think the community has high expectations in terms of funding and that’s fair. But I think the community needs to know that people in government understand the importance of research, and the contribution of research to innovation and to the betterment of the country.

UA: There seems to be a lot of scientific illiteracy out there – the so-called anti-vaxxers, climate-change deniers, and so on. Do you see that as part of your job, too, to champion science in that way?

Dr. Nemer: I actually feel quite strongly about this. I think that it’s something that we should all work together to ameliorate. You asked me about universities, and I challenge them to look at what they’re doing, how their programs are contributing to science literacy. I think this is really, really important. We’re at this stage where a sort of basic scientific understanding should be part of the curriculum of all programs: What’s the scientific method; how do we get to conclusions; and what’s the context in which these findings were carried out?

UA: Do you have any final messages for Canada’s university community?

Dr. Nemer: I look at the readership of University Affairs – every university professor and every university administrator – and I think they all have a role to play here. It’s really important for the entire university community to realize that we have a great window of opportunity in Canada to step up and to be global leaders. And it is at universities that these conversations need to happen. How do we prepare talent to intersect science and policy? How do we close the gap between research and innovation? I look to them for advice.

I should add that the people here within government, the science department and the department of innovation, science and economic development, have been really supportive. That is really comforting, that both government and the outside community want this to succeed.