Public health communicators, they say, need to show humility, admit what they don’t know, and most importantly foster a two-way dialogue.
BY WENDY GLAUSER
SEP 02 2020 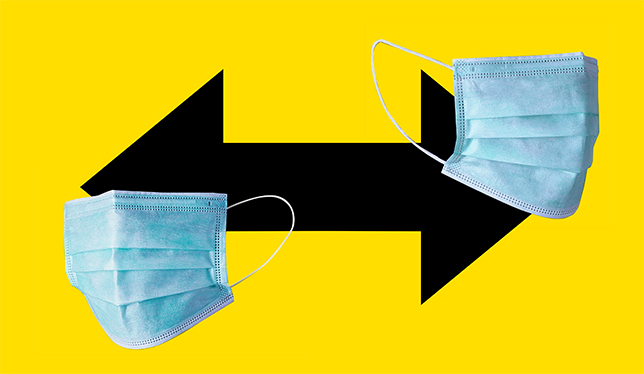 Public health communicators, they say, need to show humility, admit what they don’t know, and most importantly foster a two-way dialogue.

To reduce the spread of COVID-19, public health authorities have been instructing us to change our behaviours at a dizzying pace. As Canadians try to square the latest advice, university researchers and lecturers have been taking notes. Academics in fields ranging from public health to English to philosophy are looking at what’s being said, how it’s being said and – most importantly – how these messages are resonating. In many ways, the communications have been powerfully effective. But, for some, the public health messaging has come across as flip-flopping, confusing and even unfair.

“We’re dealing with an illness where there is no cure, no natural immunity, no vaccine, so the only tool that we have available is communication. We have to rely on public compliance,” says Josh Greenberg, director of Carleton’s school of journalism. What’s more, the lessons learned about public health messaging during this pandemic have implications for other critical threats that require mass buy-in and behavioural change, from vaccine hesitancy to climate change.

So let’s start at the beginning. In early March, Canadians were packing for their spring break vacations. Dr. Greenberg and his family left for the Dominican Republic on March 9. “The public health guidance in Canada was to avoid travel to regions that were hot spots,” he says, which at the time were limited to countries in East Asia, as well as Iran and Italy. But, four days later, the messaging abruptly changed. “The guidance from the federal government was, ‘If you are not in Canada, get home as quickly as you can.”

At that point, Canadians were receptive. In acute uncertainty, most of us, it turns out, look to our government leaders and public health experts for guidance. Maya Goldenberg, an associate professor at the University of Guelph who specializes in the philosophy of medicine and science, points to the Edelman Trust Barometer, which revealed that from January to mid-April, the percentage of Canadians who reported trusting in government increased from 50 percent to 70 percent. When countries around the world locked down in a domino effect, the dominant narrative that “expertise is dead” was proven wrong.

“There was a search for the most conventional expertise,” she says, pointing out that Canadians and Americans identified scientists, doctors and national health officials as their most trusted sources on the pandemic. “People like [director of the U.S. National Institute of Allergy and Infectious Diseases] Anthony Fauci became household names.”

“When you’re facing an unknown new threat, the messaging has to be crystal clear or people begin to fill in the blanks for themselves.”

Federal, provincial and local public health officials told us to stay home – essential workers excluded – and for the most part we did. They told us to physically distance, and in a matter of days we found ourselves veering away on sidewalks and standing on two-metre floor markings in stores. They explained why we needed to “flatten the curve” to ensure our hospitals didn’t get overwhelmed, and we got it.

Rob Steiner, director of the Dalla Lana Fellowship in Global Journalism at the University of Toronto’s Dalla Lana School of Public Health, thinks that phrase is an exemplar of exceptional public health communication. It’s simple and memorable, yet conveys complex ideas about infectious disease curves and health-system capacity, while giving us a collective, measurable goal.

But problems began to emerge early on. When Carleton’s Dr. Greenberg and his family returned to Ottawa on March 16, they received mixed messages, with the Ontario government telling returning travellers not coming from hotspots to simply monitor for symptoms, while the federal government instructed all those returning to Canada to self-isolate for 14 days. And they couldn’t find a clear answer to questions like, could they go for a walk or a drive? “When you’re facing an unknown new threat, the messaging has to be crystal clear or people begin to fill in the blanks for themselves,” says Dr. Greenberg.

In addition to the unclear messages, Colleen Derkatch, who researches the rhetoric of health and medicine as an associate professor in English at Ryerson University, noticed that the information coming from public health authorities seemed to be behind the science. “There was a real lag between what we were reading in the media and what public health officials in Ontario were saying about this virus,” says Dr. Derkatch. Even after a Sudbury man tested positive while attending a major mining conference in Toronto, Barbara Yaffe, the city’s associate chief medical officer of health, stressed the case was not conclusive evidence of community transmission, suggesting the virus was still limited to travellers and immediate contacts of known cases.

Dr. Derkatch thinks “epistemic humility” in the messaging would have gone a long way – an admission from public health officials that there was much we didn’t know yet about where and how the coronavirus was spreading because we didn’t have the testing and tracing capacity. (Dr. Derkatch says she is pretty sure everyone in her family had COVID-19 in March, but they couldn’t get tested because they didn’t meet the testing criteria at the time.) Instead of reporting “cases,” officials should have said “known cases,” says Dr. Derkatch. “That tiny distinction makes a really big difference.”

Similarly, Canada’s chief public health officer Theresa Tam said, rather definitively, in late March that “putting a mask on an asymptomatic person is not beneficial.” It’s expected officials will change course as more information becomes known, but Dr. Goldenberg says public health leaders should make it clear from the get-go they’re making decisions based on weak evidence, and that their guidance could change dramatically as evidence becomes stronger.

“Government officials worry about admitting what they don’t know,” she says, but research shows that communicating uncertainty does not undermine public trust. However, people can lose trust if they sense officials are overstating safety or risk, says Dr. Goldenberg, whose book Vaccine Hesitancy: Public Trust, Expertise, and the War on Science will be released in spring 2021. One study, for example, found that people generally were less trusting of U.K. officials after they claimed vaccines were 100 percent safe.

Holly Witteman, who specializes in human factors research as an associate professor in the department of family and emergency medicine at Université Laval, recognizes that “people who are doing public health communications have a really hard job.” And she says there isn’t a lot of research about what works, and what doesn’t, to encourage behavioural change in a pandemic. That’s why, with a Government of Canada grant announced in June, Dr. Witteman is researching how Canadians perceive COVID-19 risk-reduction messages to determine which ones resonate. Likewise, a team of researchers at Université de Sherbrooke is conducting an international comparative analysis of the influence of communications strategies and media reporting on the psychological and behavioural response of populations to COVID-19.

One of the messages Dr. Witteman will evaluate is the two-meter rule. She expects many see it in a “black and white” way – that if they’re within two meters of someone, even for a short time, that’s a high-risk situation, but if they’re more than two meters away, they’re safe. Of course, the risk involved is on “a gradient” and the two-metre rule is a “rule of thumb” to reduce exposure, not eliminate it, Dr. Witteman explains. Plus, the rule underplays other important factors. 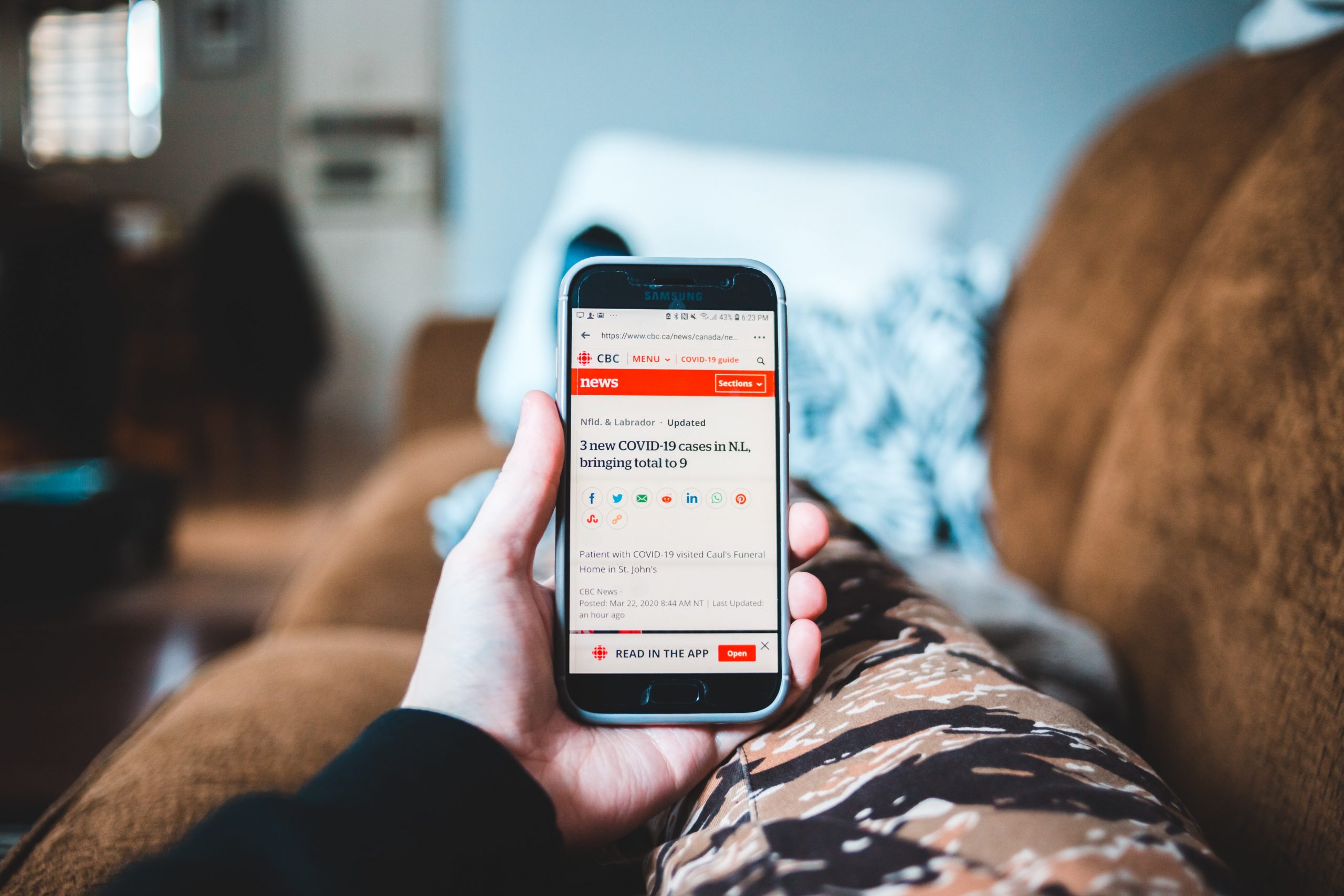 Photo by Erik Mclean on Unsplash.

The messaging has only become more complicated as provinces lift restrictions. U of T’s Mr. Steiner says as we move from simple “stay home” dictates to asking people to balance the risks of transmission with the needs to work, socialize and live our lives – and now, send our kids back to school – we need to move from a “one-way communication model to a two-way one.”

Mr. Steiner cites the Trinity Bellwoods “disaster” as an example of poor one-way communication, referring to an incident where Toronto residents crowded a local park as the weather turned warm this past spring. Mayor John Tory called the crowds “incredibly disappointing,” while Toronto’s medical officer of health Eileen de Villa chided the park-goers as “selfish.” Residents were told not to congregate, but the residents responded that “we need to socialize because it’s essential, and we need to be outside,” Mr. Steiner explains. With that information, public health officials could have devised better messaging to encourage physically-distanced outdoor gatherings while limiting crowds.

“This is what they do better in B.C. – better than we do in Ontario. They say, ‘I’m hearing something from the population and we need to integrate that information into the way that we’re communicating,’” says Mr. Steiner. He says that when B.C.’s public health officer Bonnie Henry heard that people were feeling anxious cooped up inside, she encouraged people to go outside for their mental and physical health.

It’s not easy, of course, to build this two-way communication relationship with such a large swathe of Canadians, all with differing risk tolerances, behaviours and scientific literacy. Dr. Greenberg says research from him and his colleagues is showing that “the COVID experience has been very different, depending on your age, your socio-economic circumstances, your exposure to misinformation, and politically who you’re likely to support.” The more provinces open up and allow for a wider range of behaviours, public health messaging needs to be increasingly targeted and segmented, he says. What’s more, this type of messaging shouldn’t fall solely on the shoulders of public health experts, but must involve faith leaders, community organizations, local media and others.

Fatima Tokhmafshan, a geneticist and bioethicist at the research institute of the McGill University Health Centre, says the messaging should especially target the predominantly racialized populations in many hotspots. She notes that people in Montreal’s Hochelaga, Côte-des-Neiges and Montréal Nord neighbourhoods “haven’t received pamphlets in any of the languages spoken by the predominant demographics.” Meanwhile, “trust in public institutions is greatly eroded among minorities, due to systemic discrimination and insidious biases,” says Dr. Tokhmafshan, who recalls overhearing health care staff question the intelligence of a Syrian refugee because she couldn’t communicate in either French or English.

That lack of trust is leading minorities to seek information from community members in their own language, and on platforms like Facebook and WhatsApp where misinformation about the pandemic is rife. In these instances, research shows that “self-affirmation” is key, according to Dr. Tokhmafshan. Having a Muslim health-care professional discuss physical distancing measures with their congregation would go a long way to overcoming the “cognitive dissonance” people face when new information contradicts previously trusted sources, she says. To do this effectively, however, public health units need to have built long-standing relationships with community leaders and elders, and most, says Dr. Tokhmafshan, haven’t done so.

On the whole, says Dr. Derkatch, public health officials need to approach every community and build the two-way relationship Mr. Steiner talks about, collecting information about what’s driving behaviours rather than simply providing information. Public health communicators need “to meet people where they are instead of wagging a finger at them,” she says. A great start is “just acknowledging how hard this is on everyone.”