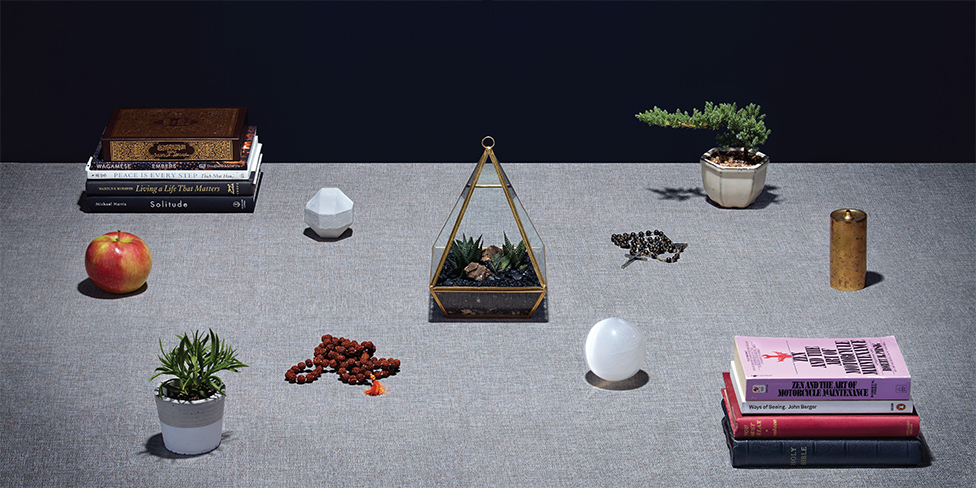 The role of university chaplain evolves with the times

The campus chaplaincy is being recontextualized as a space for non-denominational spirituality and mental health care support – but there’s still a place for faith.

In the Fall of 1999, after serving 14 years as a United Church minister, Reverend Tom Sherwood figured it was time for a change. He left his suburban Ottawa congregation for Carleton University to become campus chaplain. “At the time, I was the school’s only full-time religious professional working with 20,000 students,” he says. “But I was prepared for it.”

While the ethos of providing counselling and spiritual guidance proved to be similar to his work in his previous congregation, a number of things were specific to the student population. “Everything’s hard to do the first time, and lot of those firsts happen in university. Your first grandparent dies, your first friend dies, you attend your first funeral. People very successful in high school may for the first time experience failure or perhaps not being the smartest in the class.” Drawing on his experiences as a pastor and a former graduate school residential fellow, Dr. Sherwood settled into campus life.

And then, two years into the job, 9/11 happened. In the first few days after moving into their dorm rooms, many students experienced their first international crisis – and with it, an entirely new anxiety about their lives and the world they were living in. “You know when you travel in an airport, and when it’s a long walk you can get on those movators? It was one of those in front of my office,” he says. “Students got on one in orientation week and didn’t get off until the end of the year.”

Until his retirement from the role in 2009 and since, Dr. Sherwood says he has observed the nature of campus spiritual support change dramatically – and many chaplains across the country would agree. Plenty have become multi-faith in their approach, expanding and adapting to serve a student body’s diverse population, while others have moved away from religious associations and closer to the concept of non-denominational spirituality. In many cases the services and support their staff provides have filled the need for mental wellness services that postsecondary institutions simply can’t respond to fast enough. What was once a traditional (and decidedly Christian) hallmark of Canadian universities, many of which began as religious institutions themselves, has now evolved into a multifaceted support network that is changing, and sometimes even questioning, the purpose of a campus chaplaincy. 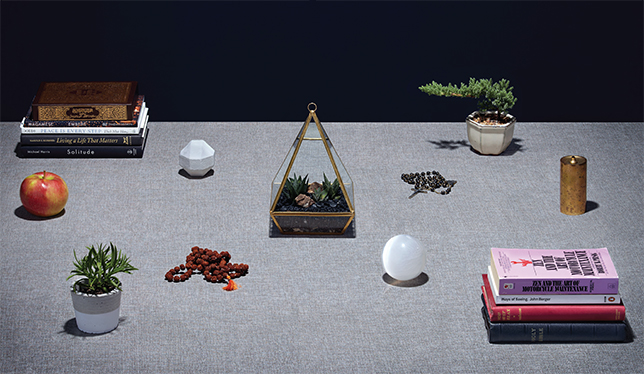 In 2013, McGill University’s chaplaincy service held a campus survey with a single question: What, to you, is a chaplain? “Over 90 percent had no idea what [the word] meant. The less than 10 percent who did know thought it meant a Catholic priest,” says Sara Parks, who was director of what’s now called the McGill Office of Religious and Spiritual Life (the name was changed shortly after the survey) from 2012 until earlier this year.

The knowledge gap around chaplaincy programs and who they serve might be explained in part by the seeming contradiction of faith and the academy meeting in one place – though many chaplains would argue that university campuses are precisely the kind of place where questions about faith should be asked. “What you don’t see often is where reason and logic are examined critically for their shortcomings. That’s where faith is useful,” says Reverend James Smith, a Zen Buddhist chaplain at Dalhousie University. “In a university, recommending that you examine the reasoning mind is counterintuitive, but beneficial.”

Student confusion over what a chaplain is or does isn’t for a lack of presence in Canada. At least 60 university campuses across the country offer a chaplaincy program of some kind, more than a few of which have existed since the institution’s inception. Seeing as some of Canada’s oldest universities were denominational at their founding, this should come as little surprise.

So what does a chaplain actually do? The origins of the term date back to the third century A.D., when the Christian St. Martin of Tours, a Gallic Roman-army soldier, while on duty one day split his cape in two to clothe a beggar. The piece of cloth later became a travelling relic to which people would pray, and its guardian called a chapelain. One of the earliest known instances of a chaplain in a university setting dates back to 1256 A.D., when the University of Cambridge was granted funding for two full-time chaplains to serve its students.

Until recently, most people, like those surveyed at McGill, have thought of a campus chaplain as a representative of a particular faith tradition who works in a secular environment – similar to the work of chaplains in hospitals, prisons or other institutions. A chaplain may provide faith-specific counselling in times of stress or grief, or simply offer an open ear to, say, a non-religious student with precisely the kind of curiosity about the world that academic environments are meant to foster. Some may lead campus worship services, run meet-and-greets or meal programs. For ethical reasons, they don’t operate as proselytizers, and this is largely why some universities opt to hire non-denominational coordinators for spiritual programming instead, with faith-specific chaplains getting paid through grants or religious group support (also called campus ministers or ecumenical chaplains), or simply volunteering their time.

While these offices may practise religious neutrality, chaplaincy’s Christian roots have led several universities, like McGill in 2013 and Concordia University in 2016, to rename their chaplaincies using terms like “multi-faith” and “spirituality.” These new names better reflect the breadth of religious representation their programs offer, from Baha’i to Hindu, Sikh and Zen Buddhist. But religious neutrality doesn’t necessarily mean these offices are apolitical.

“There are chaplains who see themselves as pastors or counsellors – that might even be 100 percent of their activity. There are others who feel they should be stirring the pot: providing ethical reminders, participating in the provocative free exchange of ideas, bringing in guest speakers who might have something critical to say about capitalism, the free market or government,” says Dr. Sherwood, the former Carleton chaplain. In addition to his duties at Carleton, he also helped found the Canadian Campus Chaplaincy Centre in 2008 as a resource for people working in religious and spiritual advisory services at Canadian postsecondary institutions.

Nearly all of the chaplains contacted for this article noted a gradual uptick in the number of students contacting them or arriving at their office door with some kind of personal crisis. “I’m seeing a great increase in loneliness in students, Muslims or not,” says Yasin Dwyer, the Muslim chaplain at Ryerson University. “We’re seeing a great increase in mental health issues that revolve around stress, anxiety, alienation and loneliness.”

In the spring of 2016, nearly 44,000 students at 41 Canadian postsecondary institutions participated in the American College Health Association’s National College Health Assessment. Among the findings, 63 percent of students said they’d experienced “overwhelming anxiety” sometime in the past 12 months, while 46 percent said they’d felt “so depressed that it was difficult to function.” One result from this increase in mental health concerns, according to student news reports, has been a backlog in counselling services at many universities across the country.

“The connection between spirituality and wellness is just starting. I feel like we’re just starting to have this conversation,” says Laura Gallo, the interfaith facilitator at Concordia. “More and more counsellors and mental health professionals are encountering students of faith, and my sense is they might feel ill-equipped to handle it, because they’re not used to talking about this,” she says. “It’s usually at those points that they come to speak to us, or they refer a student to us.”

Dr. Parks, the former director at McGill, says statistics show “that if a student feels a sense of belonging and is listened to, or has a spiritual practice like prayer or meditation, that student will be more resilient to trauma or stress.” With a growing number of international students in Canada, many of whom may struggle silently with mental health issues, the multi-faith office can also offer an entry point into the campus community at a time when they’re just finding their feet in a new country.

This support can take place in the simplest of gestures. For example, Ms. Gallo hosts a guided walk through sacred sites across Montreal every fall. One year, she led a group to a nearby Hindu temple. One student on the tour, a Hindu who had just moved to the city from India, “was so happy to have found his own place of worship that he cried during the experience,” Ms. Gallo says. “Usually these visits are about exposing people to something different and opening minds, but this was something where he found his comfort zone.”

As campus chaplaincy changes, it’s encountering some challenges. For one thing, the career path to campus chaplaincy in Canada isn’t necessarily straightforward and there aren’t many ways to formally train for the job. Only two schools in the country offer degree or diploma programs for chaplaincy. And only one of them has course offerings geared towards working in an educational environment. One of these institutions is the Associated Canadian Theological Schools Seminaries, or ACTS, at Trinity Western University, where Gloria Woodland directs the chaplaincy training program. “There’s often a misunderstanding of what the role of a chaplain is. It’s a spiritual health practitioner,” she says. “You would think that anyone who had been through a seminary program or trained for clergy would have the ability to come into a chaplaincy role, and it really does take more than that. It’s going to [take] interpersonal skills, as well as skills in the field of psychology, mental health, and a theological perspective.”

Then there’s the issue of institutional memory. For faith traditions new to a role that has its origins in Christianity, this means figuring out what chaplaincy means within their own cultural and theological contexts. “A chaplain is not necessarily an imam, and an imam is not necessarily a chaplain,” says Ryerson’s Mr. Dwyer. “So we need to have a conversation around what it means to be a Muslim chaplain. … the Muslim community just needs to make its voice heard and take ownership of the term.”

The recontextualizing of the campus chaplaincy – both as a non-denominational spirituality and as a form of mental health care – can be a problem even as it has helped to renew attention to the office. “There may be students who aren’t in a certain world religion who can still feel that chaplaincy is for them; they come in and have a tea and meditate. The flip side is that it’s easy to downplay religion and not service students who identify as religious,” Dr. Parks says. For that reason, she says, the team at McGill has been careful to raise the issue of religious students on equity grounds “as an important part of the university who deserve to be served.

PUBLISHED BY
Chantal Braganza
Missing author information
SEE SIMILAR STORIES
COMMENTS
University Affairs moderates all comments according to the following guidelines. If approved, comments generally appear within one business day. We may republish particularly insightful remarks in our print edition or elsewhere.