Psychology professor Rajiv Jhangiani made the leap from international student to international stage as a tireless champion of open education practices.
BY SUZANNE BOWNESS
APR 03 2019 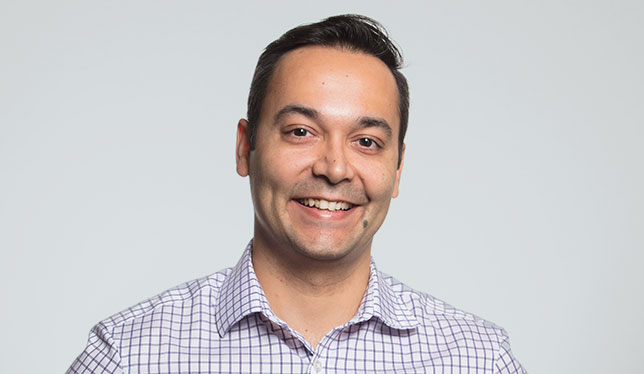 Editor’s note: this is the third of an occasional series, People to Know, profiling notable people working in Canada’s higher education community. Follow the hashtag #peopletoknow.

Also, please note that on April 15, 2019, we updated Dr. Jhangiani’s title to reflect his new position: associate vice-provost, open education. Previously, his position was special advisor to the provost on open education.

For several years, Kwantlen Polytechnic University psychology professor Rajiv Jhangiani has been leading the charge in Canada towards open educational resources and open educational practices. In October 2018, he made the leap to the international stage with an invitation to address the United Nations on this topic on behalf of the Scholarly Publishing and Academic Resources Coalition. A video of that presentation has already become a well-circulated primer on the topics of open resources – textbooks and other learning tools offered at no cost to students – and the broader philosophy of open education, which supports unrestricted access to knowledge. [Dr. Jhangiani’s presentation begins around 15:40.]

Dr. Jhangiani’s initial interest in making education accessible is far from academic. Growing up in Bombay (Mumbai), India, his wealthy family suffered financial and personal setbacks including his father’s death at an early age. The losses led to an uncertain future. At age 12, Dr. Jhangiani’s grandparents took him in and at 18, they supported his move to pursue higher education at Capilano College in Vancouver. It was there that he discovered a love of teaching and the beginnings of a career path. He went on to pursue his bachelor’s, master’s and doctorate degrees at the University of British Columbia.

“The notion of the transformative potential of higher education is definitely not a theoretical concept [for me],” says Dr. Jhangiani. He notes that his passion for open education connects strongly to his personal narrative because he knows that the potential benefit is highest for marginalized students. “I really do believe that higher education is a vehicle for economic and social mobility,” he says. 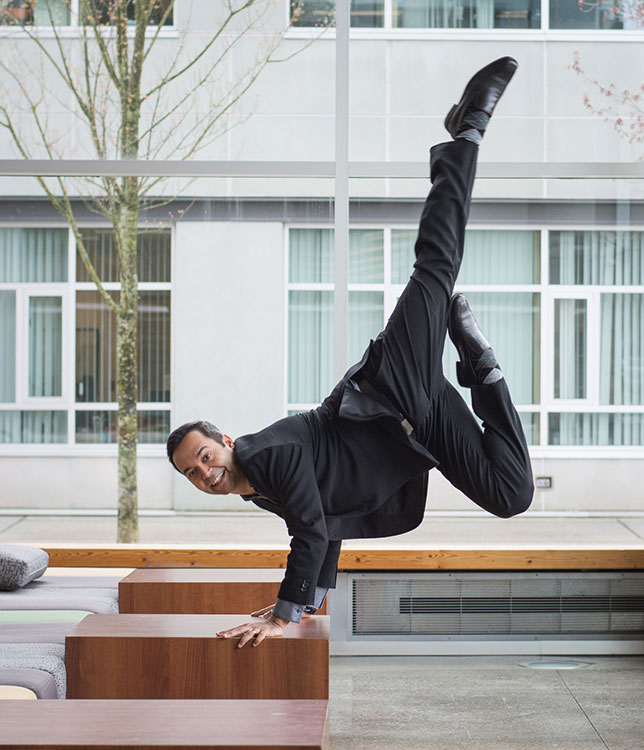 Dr. Jhangiani puts both his passion and experience to good use at KPU, which has an open access mandate and a substantial number of students who are visible minorities, or otherwise marginalized. As associate vice-provost, open education, Dr. Jhangiani says his work enables these students “to take advantage of the power of postsecondary education to go where they want to go in their life.”

His work at KPU involves everything from creating and adapting open textbooks and resources, to training faculty in open education principles and organizing inter-institutional partnerships. He’s also the force behind Zed Cred, KPU’s flagship open resources program that allows students to complete select credentials with zero required textbook costs, a first in Canada. In March, the university announced it would expand Zed Cred by adding a two-year Associate of Arts degree to the program’s certificate and diploma options. He estimates that Zed Cred has helped more than 16,000 students save over $1.60 million in textbook costs since its launch in 2017.

According to Dr. Jhangiani, 2018 was a breakthrough year for open education. Whereas KPU was first to adopt open textbooks in 2012, today 90 percent of B.C. institutions use them. Growth is also accelerating across Canada. The movement has matured to the point where conversations are expanding beyond the initial focus on cost savings to how the open approach can benefit teaching practices by allowing professors to personalize textbooks for individual classes, or create assignments that challenge students to add to the course’s common resources.

“Open education is definitely saving students money, but it’s also giving students authentic learning. Their level of motivation and interest is dramatically spiked. For faculty, it’s really reinvigorating their own approach to the classroom,” says Dr. Jhangiani, who has his students write op-eds and annotate his open textbooks with their own experiences and examples.

Yet another sign of maturity is in the fact that practitioners are beginning to look critically at the movement, with Dr. Jhangiani helping to foster this discussion. To that end, he co-founded a website called the Open Pedagogy Notebook and in 2017, he edited a collection of papers titled Open: The Philosophy and Practices that are Revolutionizing Education and Science (available as an open text, of course).

Dr. Jhangiani’s reputation continues to grow as well. His UN presentation sparked new partnerships between KPU and universities in Sri Lanka and Australia, among others. And Dr. Jhangiani says he’s looking forward to continuing to boost open education as it spreads even further.

“Nationally, a movement has evolved. I think there’s an opportunity to do something more broadly, to get out from our provincial higher education administration or funding models, and to really collaborate across the country.”