“There is a sense of pride, a sense of continued resilience in language learning,” says coordinator at the University of New Brunswick’s Mi’kmaq-Wolastoqey Centre.

Learning a new language is complicated. Learning a language that many people don’t speak anymore is even harder.

Wolastoqey, the language of the Wolastoqiyik (Maliseet), an Indigenous community traditionally found along the Saint John River, is a verb-based language that relies heavily on evocative descriptions and contextual relations. Rather than saying “moon,” a speaker might call the celestial object “grandmother moon.”

With so much context and fluidity in the language, it’s one that’s often intimidating for non-speakers. That’s why UNB has released the Wolastoqey Latuwewakon app, so people can learn at their own pace. 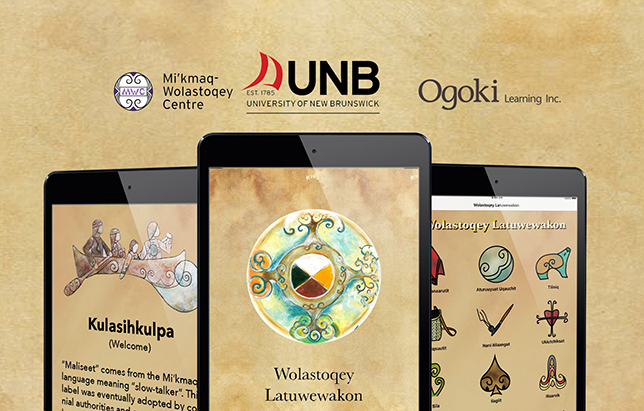 The free app is available to anyone with a mobile device, with the goal of reinvigorating the language. Many speakers fluent in the Wolastoqey language are community elders, with younger generations often only able to speak a few words. Ms. LeBlanc says that’s partly why the app was designed and distributed so widely.

The app was designed over more than a year by UNB with Ogoki Learning Inc., a company based out of Winnipeg. The app’s homepage features eight categories of vocabulary for users to explore, including identity and community, and the language of ceremony. Inside these sections, users can press English words or phrases to hear them spoken aloud by UNB’s elder-in-residence Imelda Perley, who is Wolastoqew with ties to Tobique First Nation, St. Mary’s First Nation and Houlton Band of Maliseets.

“[There is] a sense of pride, a sense of continued resilience in language learning.”