They’ll alert you if you’ve been in close contact with an infected individual, explains U of T’s Emily Seto, but there remain many challenges to their widespread adoption.

Across the world, governments are asking citizens to install tracing apps on their cellphones to stop the spread of COVID-19. The apps alert users if they’ve been in prolonged close proximity to someone who has tested positive for the virus. In some places, like China and India, the apps are mandatory, and make it possible for governments to monitor citizens’ movements and enforce self-isolation.

University Affairs spoke to Dr. Emily Seto, assistant professor at the Institute of Health Policy Management and Evaluation at the University of Toronto, about how contact tracing apps work, how successful they’ve been so far, and the major hurdles that stand in the way. A scientist at the Centre for Global eHealth Innovation, she’s been closely following their development.

University Affairs: What are the different types of contact tracing apps?

Emily Seto: Countries are using different technologies. China is using QR codes, where you scan the QR codes posted at various locations. You can’t enter a store or ride a train without scanning the code, and checkpoints require you to show your own personal QR code to see if the color is green. That indicates you have unrestricted movement. Other countries use GPS, which is also quite invasive, but it doesn’t work very well in terms of pinpointing who you’ve been in contact with, because it isn’t as precise. In South Korea, they’re actually combining GPS data with other info, like credit card statements.

The most commonly pursued solution is Bluetooth technology on smartphones. This is the technology that the Canadian app uses. It’s going to be rolled out in Ontario first, and if it works, the federal government will roll it out across the country. (Editor’s note: The app, called COVID Alert, went into beta testing on July 21, after several weeks of delay. It is now available for download on Android and Apple phones as of July 31.) 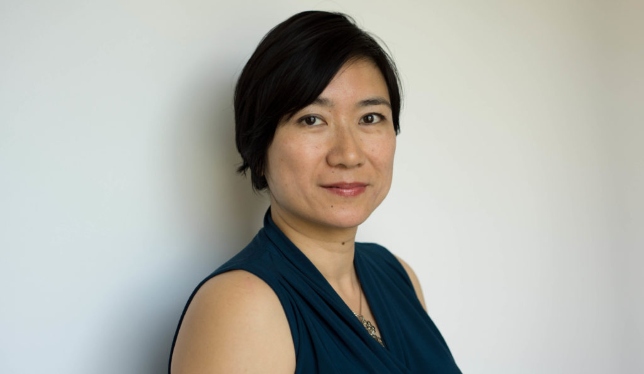 With the Bluetooth apps, you download an app to your phone and it sends out a signal from your phone. The phones of other people who have this app are doing the same thing. Based on the strength of the signal and also how long you’re connected, the app can determine if you’ve had close enough contact with another user that could put you at risk of COVID-19. The problem is that the signal may not accurately reflect the distance because of interference like other people between you and another person. The signal might also be weaker if it’s in your back pocket, as opposed to your front pocket.

What’s interesting about the Bluetooth apps is that the technology sends out a randomized string of numbers so that the users are anonymized. Even if someone tried to trace one of those numbers to a user, that would be very difficult, because the numbers change every few minutes. The history of the numbers is only stored on the individual user’s phone.

UA: Like many of the apps, Canada’s contact tracing app will be voluntary. Do you think voluntary apps can be effective?

Dr. Seto: You need a lot of people to adopt it for it to work. Nobody really knows exactly what that number is, but it’s likely something around 60 percent or 70 percent. And if you look at the voluntary apps that governments are rolling out around the world, they haven’t been hitting those percentages.

Even when people do download this app, there are a lot of challenges. They have to turn it on. They have to go and get tested if they have symptoms – and of course, some people will be asymptomatic. And then if they’re found to be positive, they have to upload that information.

I think for an app to work in Ontario, the public authorities will need to very clearly explain the privacy measures in place and the steps that people need to take for the app to work. If you’re downloading something where it seems like the government is tracking you, most people wouldn’t want that. The authorities in Ontario need to communicate that none of their data is being sent off and centrally stored – unless the person who has been identified as having COVID-19 chooses to upload the strings of numbers representing the smartphones they have been in close contact with.

UA: Is there any example of a voluntary contact tracing app working?

Dr. Seto: So far, there hasn’t been a country that has hit the 60 percent to 70 percent adoption rate using a voluntary contact tracing app, but it’s still early. There has been some encouraging initial adoption from countries like Ireland.

Workplaces might also provide an opportunity for more widespread adoption. The airline industry or hospitals could incentivize staff to have an app like this running when they’re working.

UA: Is it possible to integrate manual tracing with these apps?

Dr. Seto: With the apps like the one that Canada is pursuing, there are no phone numbers attached so public health departments can’t call people if their app is showing they’ve been in contact with someone who has COVID-19. But public health messaging comes in because the authorities can determine what information is provided through the app to someone who may have come into contact with a positive case. So the apps give jurisdictional-specific instructions, like where testing sites are located, for example.

Of course, you want to strike the right balance. One of the concerns around digital contact tracing is the false positives, where people are not in any danger, but they get a notification that they may have been in contact with someone who could have been infectious. If this happens too often, people are going to feel overwhelmed and anxious, or they might stop trusting the app.

UA: What do you think the biggest challenge is for digital contact tracing to overcome?

Dr. Seto: The populations who are the most vulnerable to getting COVID-19 are populations who would be less likely to have access to a smartphone and to use the app, like homeless people, the elderly (who may not be carrying around a smartphone everywhere), and people who don’t read and speak English. There’s a level of health literacy that comes along with using these apps. People who don’t speak English might not know about the app or not know how to set it up, if it isn’t being promoted in their language.

There are some interesting solutions being developed for vulnerable populations, however. In Singapore, the government is giving out these tokens, which are little devices that can be carried in a pocket or bag. The tokens each have a unique QR code and they exchange Bluetooth signals with each other and the contract tracing app. If the person is confirmed positive, they give a public health representative the token so they can see who they’ve been in contact with and alert those people. So there are a lot of technologies out there and it will be interesting to see how it all pans out. It’s really important we develop systems that are effective and reasonably protect privacy. This technology will be useful to control future pandemics as well.