The former UOIT rebrands to clarify its identity and move past an awkward moniker.

If you visited the uoit.ca website on March 27 or later, you would have noticed something interesting at the top left corner of the screen. As the website loads, the blue and white logo of the University of Ontario Institute of Technology begins to spin and, after a few rotations, turns into something new: Ontario Tech University.

The institution is the same, but it has undergone a major rebrand in an effort to move past its awkward moniker and to clarify its identity. For the university, which opened in 2003 in the Durham region east of Toronto, the name was an issue right from its inception. In a video created for the rollout of the new brand, founding president Gary Polonsky praised the change, noting that the name was always problematic and that he “knew over time somebody would fix it.”

Concerns with the name included its length (19 syllables), the challenge of pronouncing three vowels together (U-O-I-T), and the acronym’s resemblance to that of another, prominent university in the region, the University of Toronto. Jessica Nguyen, a fourth-year kinesiology student who is also president of the student union, counts herself among the many students always having to clarify that she attended UOIT not U of T. “Year after year, I continued to settle for this name confusion even though we had so much more to offer,” said Ms. Nguyen.

Steven Murphy, who became president of UOIT in March 2018, empathized. “Like any university president, I was giving speeches to our local community and across Canada, and nobody pronounced the name right,” he said. “It became very obvious that this was not something that was going away or getting better over time.” Market research confirmed that the university had poor name and identity recognition in most markets.

Dr. Murphy hinted at the coming rebrand in a suggestive tweet last September with the hashtag #OntarioTech. The university’s marketing team, led by executive director of communications and marketing Richard Seres, knew they would need to consult widely. The team launched a web portal in the fall to engage with the community and ensure that the process was transparent. By December, they had enlisted agency SOS Design to help with visuals, including a new logo, and by January formed a brand advisory group on campus to weigh in on the progress. By the end of February, they had conducted 10 on-campus presentations and, through social media, surveys and other means, had reached an estimated 9,000 people. “This was a very big exercise in a very short period of time,” said Mr. Seres.

Launched via live stream, the rebrand features a new typeface, Ubuntu, and an added logo colour: orange. “Orange has connotations of all the things that we want to be: fast-moving, modern and very aligned to technology,” said Mr. Seres. Signage and other elements will roll out over the coming months. The university’s legal name, however, remains the University of Ontario Institute of Technology and will continue to appear on its degrees.

If this tale seems vaguely familiar, recall that another Ontario university undertook a similar exercise several years ago. In 2012, the University of Western Ontario became Western University with a dual mission to streamline its brand identity and position itself more globally. And, like the new Ontario Tech, its legal name did not change.

However, since Western is a much older institution, founded in 1878, officials there were not sure how the new name would be greeted. One argument in favour of the simplified moniker was that it actually harkened back to the university’s original name, Western University of London.

Seven years after launch, executive director of marketing communications Terry Rice said the adoption has gone well. “Western had a very cluttered brand architecture: there were 40-plus different logos for institutes and research centres. Now all of that has been consolidated into a unified visual identity.” He added that Google Trends confirms the name is on the uptick in web searches, and that global recognition is on the increase, with first-year international enrolment rising from 122 to 855 in the past 10 years.

Back at Ontario Tech, the rebrand seems to have been well received. While Ms. Nguyen said that some students, including her, were resistant to the change initially, most have come around to the new identity. “The reactions have been overwhelmingly positive. I am a huge fan of the new name and branding. It’s simple, unique, refreshing and modernized. This has been the best change that the university has had in a while,” she said. 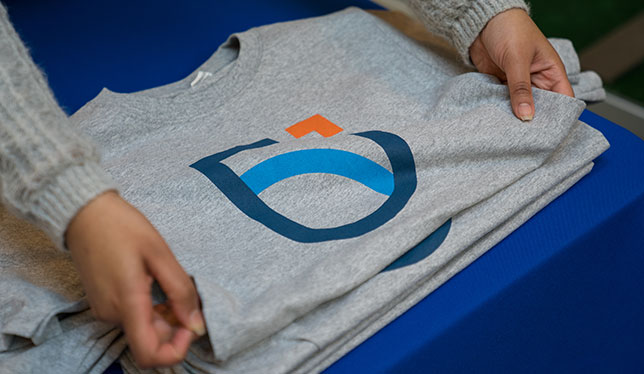 Dr. Murphy confirmed the positive feedback. “I wasn’t prepared for the outpouring of support from the external community,” he said. “Across the globe, academic colleagues think the name is tight and modern. Private- and public-sector institutions say that this was so overdue.” Resolving the name issue has also allowed him to refocus on communicating the university’s mandate, which he summarized as “technology with a conscience.”

Mr. Seres said that the rebrand will help the university stand out in a competitive landscape, adding that it was long overdue for this teenaged university to embrace its maturity. “By the time you are a 17-year-old, you’re almost an adult, so you need to think about yourself differently. I think we’ve done a lot of growing up.”