Canada launches its own version of the Athena SWAN charter

The new Dimensions pilot program to advance equity, diversity and inclusion in Canada’s postsecondary institutions to open on June 3.

What began as a passing mention in last year’s federal budget has come to fruition with the launch of Canada’s version of the Athena SWAN charter. Minister of Science and Sport Kirsty Duncan visited Wilfrid Laurier University on May 9 to unveil Dimensions, a pilot program to promote equity, diversity and inclusion at universities, colleges and polytechnic institutes.

“I made [equity, diversity and inclusion] a priority since I came in – this is about putting researchers and students first,” Minister Duncan said in an interview. “I want to thank universities and institutions for stepping up,” she said. Describing the new pilot program as “very ambitious,” she added that “we want to be as inclusive as possible.”

The original Athena SWAN Charter was established in 2005 by the higher-education group Advance HE in the U.K. It has since been adopted in Ireland, Australia and most recently piloted in the U.S. The original program consists of a charter which universities were asked to endorse, and includes an awards process by which institutions then applied for funding to attain bronze, silver or gold levels based on their success in advancing women through the academic ranks in science, technology, engineering and mathematics.

The Dimensions charter is the broadest iteration of the program so far. It spans all academic disciplines and is aimed at the four designated groups under the federal Employment Equity Act – women, Indigenous peoples, persons with disabilities, and members of a visible minority or racialized group – as well as members of LGBTQ2+ communities. Since the minister’s announcement, many universities – 18 to date – have signed the charter.

The Dimensions pilot program is voluntary and will not be tied to research funding at this stage. Application guidelines for the pilot program are yet to be released but the federal government is inviting institutions to submit letters of intent starting June 3. Institutions participating in the pilot would undertake a process of self-assessment and data collection, taking into consideration the unique factors on their campuses. It is unclear at this point how many institutions will be selected to participate.

Since last summer, there have been several rounds of consultations feeding into the charter and program design, through the minister’s own consultations and at workshops on campuses across Canada organized by the Natural Sciences and Engineering Research Council. “It’s my understanding that over a thousand people were involved in the consultations – they were administrators, faculty, researchers, students. It’s been so great to have all their voices, to hear their stories, the work they are doing and what more needs to be done,” Dr. Duncan said.

Several equity, diversity and inclusion initiatives have been underway in recent years in Canada’s postsecondary system. In October 2017, the member institutions of Universities Canada endorsed a set of EDI principles which include, among other things, sharing best practices, capacity building and improved data collection. As well, by 2018, all universities were required to submit equity action plans for the Canada Research Chairs program to address the underrepresentation of chairholders in the four designated groups.

Wendy Therrien, director of external relations and research at Universities Canada, said the organization is pleased to see the government responded positively to the feedback it received over the course of the nationwide consultations. “One of the things we know is that the work to advance EDI looks different on different campuses, and what works on one might not work on another, but it may be a really good source of inspiration. By taking a pilot approach and learning model to this, we can figure out what works and what doesn’t, and how the program needs to be adapted.”

Along with the unveiling of the Dimensions program, the federal government announced the winners of the new EDI institutional capacity-building grants, with the first round going to smaller institutions. The $5.3 million in funding will help those smaller institutions to build capacity to increase equity, diversity and inclusion on their campuses.

Wilfrid Laurier University, which received a grant of $380,000, intends to use the funds to hire a senior adviser on EDI as well as two faculty colleagues and a research assistant. They will bring together a community of practice to ensure groups on campus are not working in silos on EDI, said Laurier’s assistant vice-president, human resources and equity, Pamela Cant. “We’re really excited about the opportunities ahead of us. I think there’s lots of momentum and excitement about what’s possible in the next few years,” she said.

“The CRC action plan has been a great starting point to improve the way we conduct academic hiring at the university. What we see as an opportunity going forward is to look at the way we hire for all positions,” Ms. Cant said.

Another area Laurier is looking at is how research excellence is defined. “I think historically there’s been a fairly narrow definition. … Our hope would be that, in looking at inclusive practices in assessing research, different types of research could be valued, [including] Indigenous research and community-based research.”

Hiring practices and unconscious biases are other key factors, Ms. Cant said. For example, “we’ve taken a really hard look at the collective agreement process … and worked with the union to make recommendations on how we can improve the inclusivity of hiring practices for faculty.” 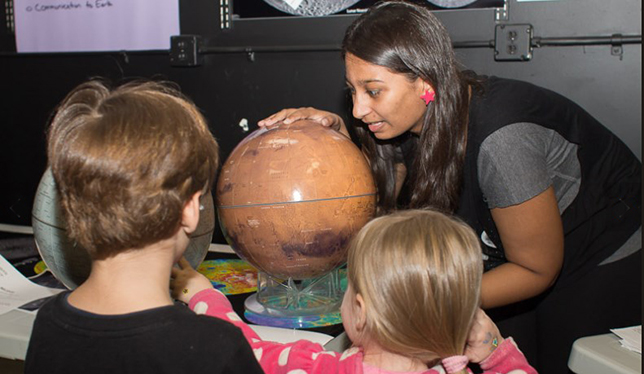 Parshati Patel, an astrophysicist at Western University and co-founder of a group called the Women of Colour In STEAMM, says she is supportive of the new Canadian Athena SWAN. “One of the reasons why we founded our group was each of us, and others we spoke to, has faced a lot of disadvantages,” she said. “I think there has been a lot of talk about [this initiative], not just by people from minority communities but also from people who have white privilege, who are privileged enough to know about these things – they’re standing up.”

For her part, Minister Duncan said she hopes to bring about “transformative change” with the program. “We were talking about, for example, women in science since before I was an undergraduate,” she said, “and now my friends’ children are going off to university and we’re still talking about women in science. We have a chance to do something really great together.”