Canada’s research community needs to be “in permanent campaign mode”

Or so says David Naylor, if the country wants to fulfill the promise of the fundamental science review.

Two years after the release of Canada’s Fundamental Science Review sounded the alarm about Canada’s flagging investment in research and development, the man whose name became attached to that report is stressing that more needs to be done to ensure that the changes he and his colleagues identified as urgent do occur.

“The [research] community has to be in permanent campaign mode,” said University of Toronto professor of medicine David Naylor, who chaired the nine-member Advisory Panel on Federal Support for Fundamental Science that wrote the 2017 report. “It requires not only something in the DNA of a society and its government, but it requires extraordinary resolve, resilience, and persistence on the part of the research community, inside and outside of government, to make the case.”

Dr. Naylor was addressing a gathering in Ottawa in early May of the Canadian Consortium for Research, a national umbrella group made up of 20 organizations representing 50,000 researchers and 650,000 students. The aim of the two-day summit was to examine new directions for the country’s research community, including measures to revitalize academic ranks, a reconsideration of academic performance assessments, and weighing the prospects for a new generation of graduates whose careers may lie outside of any postsecondary institution. 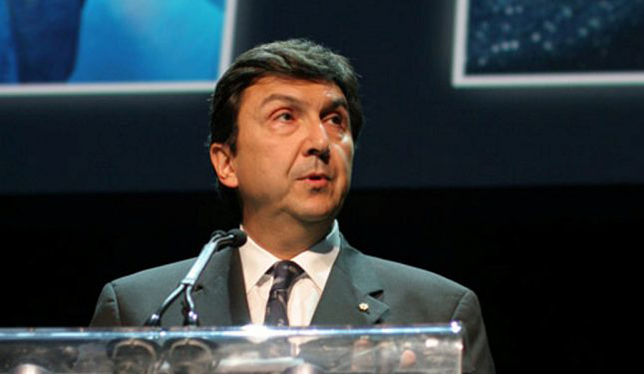 Dr. Naylor’s keynote presentation, however, addressed a much wider context. “We have thousands of people dying of measles because ignorance is an epidemic,” he said. “Anti-science, anti-research views are a contagious, malign force in the world. Research is about the entire country’s future – public, private sector and civil society. It’s about talent, not technology. It’s about people, not patents. It’s about creating a critical capacity in young people and not about commercialization.”

Drawing from some of the same Organization for Economic Co-operation and Development data that was featured in the Fundamental Science Review, Dr. Naylor criticized the way in which Canada touts its own R&D performance. The country’s gross expenditures on research and development, known as GERD, measured as a percentage of gross domestic product, is well below the OECD average and dropping in relative terms as other nations increase their own investments. Canadian spending stands out only with respect to the amount that goes towards higher education, known as HERD – a single, isolated value that Dr. Naylor sees touted as though it were emblematic of all aspects of R&D investments.

“The political class seems to love to say we have the highest HERD spending in the G7,” he said. “This is so intellectually disingenuous. It’s not a lie, it’s true. It just happens to be grotesquely, willfully, unapologetically misleading.”

He was likewise critical of the creation last year of the Canada Research Coordinating Committee, even though it accurately reflects one of the Fundamental Science Review’s recommendations. The committee has “pretty much all the mandates that we asked for,” he acknowledged. “What’s missing? There’s a little thing that matters a lot. We said that the four-agency coordinating board should have external members, people who are close to the front lines of research.” Instead, the new council is led by the heads of those same four agencies, an administrative decision he interpreted as indicating an unwillingness to consider perspectives on research that lie beyond the well-trod avenues of government deliberation.

Dr. Naylor said he has seen a similar desire by government to avoid recommendations that could guide policy, as evidenced by the creation of advisory bodies that seem to lack that definitive function. One of these is the Council of Canadian Academies, created in 2005, which “was given a mandate not to give advice,” he argued. “It stipulates facts and implications; it doesn’t actually say anything about policy.”

The Fundamental Science Review apparently crossed that line, he added, which is why its 35 formal recommendations have garnered few formal responses. “When you put all this together,” he said, “you have a situation where the government would really like the report to fade away, so they can do their own thing in their own way.”

Subsequent discussions at the summit examined how changes in academic administration could confront anti-intellectual social and political pressures by confirming the value of knowledge. Attendees also examined how institutions might better recognize and reward the role of teaching as a primary means of communicating that value, while also acknowledging the aspirations of graduate students who want to employ knowledge more directly outside of academia. Former doctoral students recounted how their supervisors and fellow students dismissed these moves as abandoning the research effort, a rejection that illustrates a need to consider the purpose of research in broader terms.

Dr. Naylor agreed, pointing to the Fundamental Science Review’s final paragraph, which insists that the funding of research can make an immediate and major difference to future generations of Canadians in all walks of life. “I haven’t changed my mind,” he said.