Students spur a surge in popularity for competitive video gaming

With traditional university sports leagues on hiatus, will 2020-21 be the year of collegiate eSports?

U Sports has cancelled fall championships. Canada West, Ontario University Athletics and Atlantic University Sport have all suspended most matches until 2021. With traditional university sport on a pandemic-related hiatus for much of the school year, collegiate eSports are having a moment.

Student-run eSports clubs have been a fixture at Canadian universities for nearly a decade, but institutions have now started offering more support, funding and space for competitive video gaming teams. In January, a donor established a new eSports scholarship for students in the faculty of applied science and engineering at the University of Toronto. Western University and the University of British Columbia have both opened gaming arenas on campus. And this fall will see the launch of the Ontario Post-Secondary Esports league. 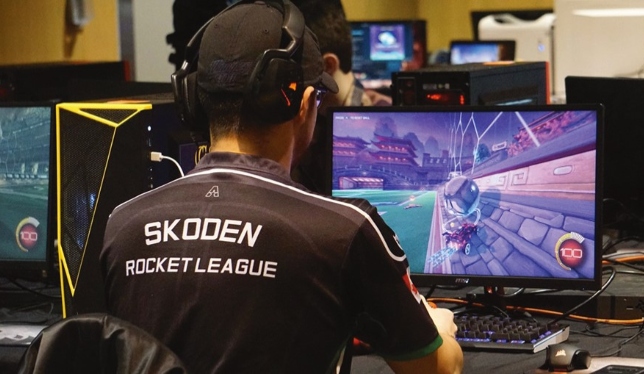 Founded in part by Carleton University, the league provides much-needed structure and organization for collegiate eSports teams in the province. The University of Windsor was one of the first institutions to sign on – the institution announced in June that its first competitive eSports team will participate in the league under the official Lancers banner.

The collegiate eSports scene in the United States is years ahead of Canada’s in terms of participation, infrastructure and resources. Several Canadian community colleges have gone much further than their university counterparts, too. At St. Clair College in Windsor, Seneca College in Toronto and Lambton College in Sarnia, Ontario, students can not only compete on eSports teams but earn a diploma or certificate in eSports administration and marketing.

In a recent online panel hosted by Ryerson University called The Future of Sports is Esports, media professor Kristopher Alexander, who specializes in video game design and active education at the postsecondary level, explained why universities should invest in competitive gaming. He noted that most gamers are 18 to 35 years old – an important demographic for universities – and cited an economic impact report by the Entertainment Software Association of Canada that found the country’s video game industry was responsible for 48,000 full-time jobs, including in eSports. It’s clear, Dr. Alexander said, that the current moment presents “a golden opportunity for research substantiation” and for integrating gaming into program and curriculum development.