Report leads to formal apology from Dalhousie president to Black community members and a pledge to respond to anti-Black racism.

A new report on the history and funding of Dalhousie University has identified ties between the school and slavery. An expert panel spent three years studying the origins of the 200-year-old institution, and its founder George Ramsay, the ninth Earl of Dalhousie. The research took the committee across Canada and the U.K., and revealed connections between the slave trade and the university that are deeper and more intricate than previously known.

Lead author of the report and panel chair Afua Cooper is a Black studies professor at Dalhousie. Though she researches and teaches the history of African Nova Scotians, even she was surprised at the panel’s findings, especially “to realize that a percentage of the money that started this institution came from the slave trade,” Dr. Cooper explained. “If there’s a smoking gun, that is a smoking gun.” 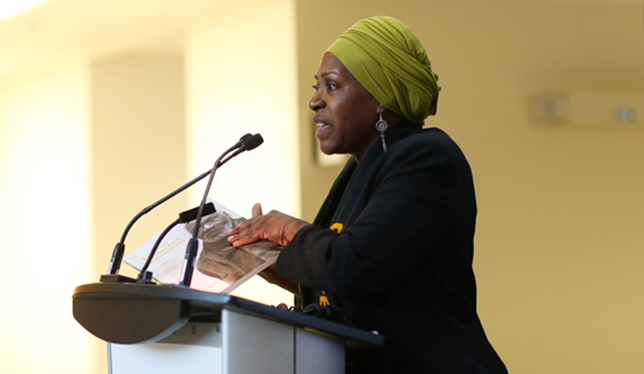 George Ramsay came to Nova Scotia in 1816 to take up the position of lieutenant-governor. He founded Dalhousie University in 1818, to provide Halifax with a venue for higher learning. To bankroll the new school, Lord Ramsay used the Castine Fund, which the research panel calls a “prize of war” belonging to the British Crown. As the report explains, since “30 percent of that prize came from taxes on slave-produced commodities, Nova Scotia’s Castine windfall come partly from the labour of enslaved people in the West Indies.”

Maritime families would trade their beef and fish for slave-grown products like molasses, coffee and cocoa from the West Indies. So a family in rural Nova Scotia “may never have seen a slave in their life, or even a Black person,” Dr. Cooper said, and yet “someone in some remote area is using sugar to sweeten their tea, or to make cookies and cakes. And that sugar was grown by someone in the West Indies. Those are the kind of tentacles that the slave trade had.”

The research panel made 13 recommendations to the university, ranging from curriculum review to committing to a Black history lecture and performance series. In September, Dalhousie interim president Teri Balser accepted the recommendations from the panel, noting in a statement that the committee uncovered a history that is “much larger than one person or one university.”

Two of the recommendations were implemented almost immediately. In September, a street on campus was renamed after Mathieu DaCosta, who was believed to be the first Black person to arrive in Nova Scotia. That same month, Dr. Balser gave a public apology on behalf of the university to “people of African descent in our community.” She acknowledged a history of anti-Black racism at Dalhousie and the university’s responsibility to address it, and she specifically thanked the panel for its work.

“The work ahead will take time, as systemic change does not happen overnight,” Dr. Balser said in her speech. She went on to say that “Dalhousie University should and must take a leadership role in this responsibility. We cannot change the history detailed by this scholarly panel, nor change how it has informed our present – but we do get to decide how it shapes our future.”

The apology was more than symbolic for Dr. Cooper. “I was very pleased. It gave me goosebumps. And there were people in the audience that told me that tears came to their eyes.”

Dr. Balser’s apology was also meaningful for Craig Smith, president of the Black Cultural Society of Nova Scotia. Mr. Smith said there’s often a lack of understanding of slavery’s role in Canada. Having a public acknowledgement of this kind is validating and an encouraging first step. He also noted that the recommendations, especially the curriculum review, offer an opportunity to “fill in some of the gaps of that history” that could eventually make its way to the public school curriculum.

“I’m hopeful that folks will see the recommendations that were done as an amazing opportunity for moving forward, for putting forward in print and in the academic stream a history that was often overlooked and often not even included,” Mr. Smith said. “This is who we were, but this doesn’t have to be who we are.”

The scholarly panel is gathering community feedback on its report and recommendations since they were made public in September. One recommendation that is notably missing from the list, however, is a name change for the university. The power and legacy of historical names is something that Nova Scotians are wrestling with right now, as several buildings, streets and organizations are shedding the name ‘Cornwallis,’ after coming to terms with the violent and racist history of Halifax’s founder, Edward Cornwallis.

While Dr. Cooper says that suggestion was briefly considered, it was ultimately dismissed. Overhauling the name of the university would be an expensive and intensive process, and she said many of the same results can be achieved by renaming streets and buildings on campus. “The Dalhousie of 1935 … is not the Dalhousie of today,” said. Dr. Cooper. “The Dalhousie of 2019 has educated hundreds and thousands of Black people from all across the world, and they are very proud of their alma mater. So, if Lord Dalhousie was to suddenly appear here on campus, he wouldn’t recognize it.”