The inaugural class of 23 students completed the joint program in Canadian common law and Indigenous legal orders this spring.

Amanda Vick figures her legal studies unofficially began when she was “just a tyke.”

She may have been in the background with a colouring book, but as the granddaughter and niece of hereditary chiefs of the Gitxsan Wet’suwet’en First Nation in northwestern British Columbia, she vividly recalls the meetings, negotiations and strategizing surrounding Canada’s biggest land-claim trial, Delgamuukw v. British Columbia.

“I definitely heard a lot of the governance, legal issues being discussed, without necessarily understanding what was going on at the time,” Ms. Vick said, as her nation sought legal title to over 58,000 square kilometres of land. “But the exposure was definitely influential in my decision to become a lawyer.” 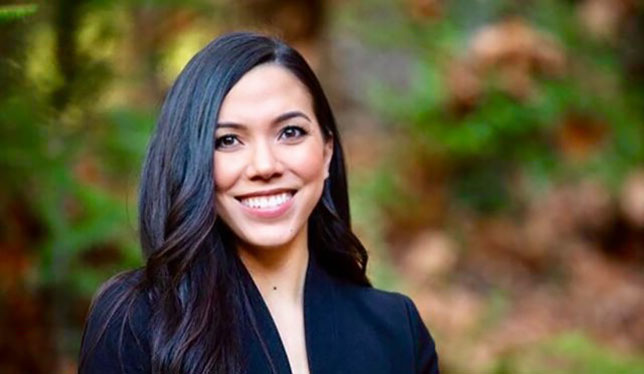 Now 31, Ms. Vick is well-positioned to continue working on Indigenous law, land claims and constitutional law as one of the first graduates of a unique program at the University of Victoria. Graduates receive two degrees: one in Canadian common law (juris doctor) and another in Indigenous legal orders (juris indigenarium doctor).

The program is the first to recognize Indigenous laws and the first to blend Canadian common law and Indigenous laws, said Marion Buller, chancellor of UVic and a renowned First Nations jurist. “In court cases, in legislation, in various aspects of law, Indigenous laws have been viewed as quaint customs, quaint practices but really not recognized as laws that govern how we all live together,” she said. “It’s really important that Indigenous laws are recognized on the same level, with the same importance and significance as other legal systems in Canada.”

As co-founder of the joint program, interim dean Val Napoleon believes it will help provide another important perspective and interpretation in legal matters that involve Indigenous concerns. “If Canada is going to be multi-juridical, we have to make Indigenous law visible, we have to establish it as part of legal practice,” she said. “The challenge is for all of us to be able to think and work across legal orders. That’s our goal. How do we manage ourselves lawfully and with accountability but also how do we work between [Indigenous] peoples and with Canada?”

After “running away” from a legal career, first doing a degree in geology, graduate Jolene Ashini, 33, is now the first Labrador Innu woman to become a lawyer. “Other law schools have these programs where you would take one or two Aboriginal law courses and that’s it,” she noted. “I didn’t want them because they focused on Canadian common law.” When a colleague told her about the joint law program, “I basically told UVic, ‘take my money because I want to be part of this program.’” 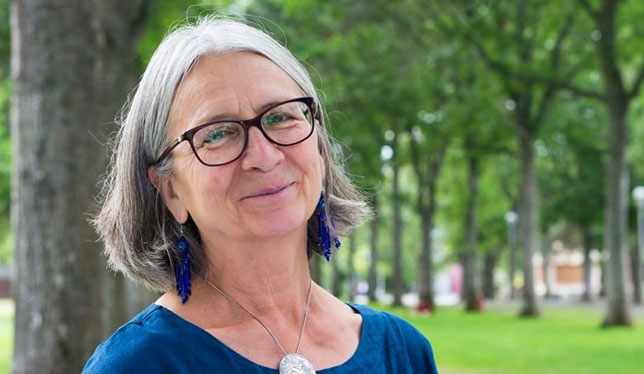 As a graduate, Ms. Ashini is both hopeful and hesitant. “I feel that our program has so much potential to benefit Indigenous people in Canada – perhaps even the world,” she said. “I’m hopeful our program can make some sort of change to put validity into Indigenous and Aboriginal law … Canada as it stands right now has a common law, but it has a hard time grasping Aboriginal law.”

Dr. Napoleon said the four-year program attracts a broad range of “amazing students” – a deliberate mix of Indigenous and non-Indigenous – “because we don’t want Indigenous law to be separate or in a silo.” Of this first cohort of 23 graduates, she said some are going to work with the BC Office of the Attorney General and various courts, several are going to law firms, while others have returned to their communities to work.

Ms. Ashini said she will continue to article with the Toronto law firm, Olthius, Kleer and Townshend, which only represents First Nations clients, including her home, Sheshatshiu Innu First Nation. “It is the only firm in Canada that will allow me to go home as much as I want because they represent my First Nation,” she said. “I may be based in Toronto, but I will be able to go home and spend time on the land and with my family. I wouldn’t get that experience anywhere else.”

Ultimately, Ms. Ashini said she wants to be a role model for youth and others in her community. “Throughout my entire life, I’ve wanted my community to do better. We’re moving towards self-government, so we need pretty much everything – doctors, nurses, university professors, other lawyers.”

Ms. Vick is currently articling with the BC Prosecution Service. She noted that despite the landmark Delgamuukw court decision in 1997 that clarified issues relating to Aboriginal title, it did not resolve them outright.