Efforts by the Canadian Association for Graduate Studies to standardize Three-Minute Thesis competitions across the country have been met with some resistance from participating universities.

The Canadian Association for Graduate Studies is striving to standardize its Three-Minute Thesis competition. After more than a year of work by the organization and significant interest from participating universities, CAGS’s efforts to formalize rules and regulations for the national competition has turned out to be “a bit of a Pandora’s box,” according to the organization’s interim executive director, Ian Wereley.

At the start of 2019, CAGS put together a 3MT handbook for competition organizers at participating universities. The response from members led CAGS to host a roundtable on the topic at its national convention in Halifax at the end of the year. The session brought to light the high degree of variation across the country in how universities administer the competition. Some have established rules and earmarked money to make the competition a big event, while other universities, often smaller, seem to fly by the seat of their pants. “The main point that we learned [at the conference] is that there is actually a huge demand for CAGS to say, ‘Here are the rules, you have to do it this way,’ which we weren’t quite expecting,” said Mr. Wereley. 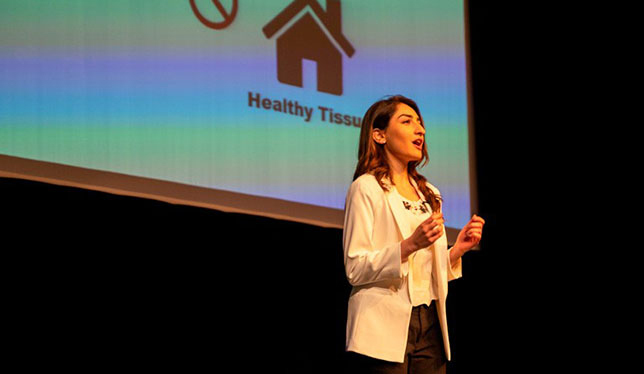 The original handbook, released in January last year, was intended as an information package, not a set of guidelines.  A new version based on roundtable feedback, which included more rigid rules was distributed to competition administrators last November. But, according to Mr. Wereley, many university representatives who were not at the 3MT session in Halifax didn’t like the changes. “I sent [the updated handbook] around for review thinking people would say, ‘Great!’ and actually got the exact opposite response,” he said. Instead, the process has become a back-and-forth between CAGS and contest administrators who are finding it difficult to adapt long-standing competition conventions to meet the new guidelines.

The 3MT competition – where graduate students present their research in three minutes – originated at the University of Queensland in Australia in 2008, and first appeared in Canada at the University of British Columbia in 2011. The Canadian contest expanded to other universities and developed organically, with competitions at three levels: winners at individual universities move on to the regional competitions (Western, Ontario and Eastern). The regional finalists then compete in the national contest, Canada’s 3MT, which is conducted online (using video recordings of students’ presentations) by CAGS every spring. Many of the Canadian competitions have adhered to the Australian rules to some degree, but there’s also some variance. Unlike in Australia, Canada’s 3MT allows both master’s and doctoral students to compete.

Mr. Wereley said the main concerns he’s heard from members – and differing opinions – have to do with staging and budgeting, creative expression, movement on stage and the lack of French-language opportunities. “We’re in an interesting dilemma here with smaller universities looking for some more leadership from CAGS and other universities saying, ‘No, we’ve got this,’” he said.

Some big institutions make the competition almost weeklong events, he continued, with a reception dinner and community engagement. They might also bring in the university president or a vice-president as well as local politicians as contest judges. But smaller institutions may not have the same resources to create events at such a scale. In the same vein, larger universities seem to prefer barring creative performances – dramatic presentations, singing and reciting poetry – which presents challenges for students in artistic or creative programs, Mr. Wereley said.

He added that universities disagreed on whether to let students move around on stage and engage live audiences or to only let them stand still, which works better for video recording. CAGS went with a suggestion of taping off a square measuring four feet by four feet (one meter by one meter) on the stage floor to give students some room to move around naturally. “I thought that was a pretty good compromise and put that in the handbook,” Mr. Wereley explained. “People were saying, ‘Well, why not five feet? Why not two feet by six feet?’ Any time we’ve come down on a particular item [it] kind of erupted in disagreement – friendly disagreement, but disagreement.”

On the issue of language, Mr. Wereley said, CAGS heard from universities concerned about francophone students who are unable to participate in 3MT because it’s an English-only competition. Although French-speaking doctoral students may compete in Ma thèse en 180 secondes, the French-language equivalent hosted annually by l’Association francophone pour le savoir (Acfas), that competition is not open to those completing a master’s degree.

“I think it’s kind of ridiculous we have a national organization that only allows English participants,” Mr. Wereley said. Instead of turning Canada’s 3MT into a bilingual event, which would get complicated for universities that don’t have access to bilingual judges, CAGS is planning to host a separate French competition online, for master’s and doctoral students. Mr. Wereley said the French competition will begin in 2022, the year of CAGS’s 60th anniversary.

“It’s actually really exciting that there’s so much debate and discussion [and] disagreement. I think it shows that the competition is really maturing and getting to be a bigger part of university life,” Mr. Wereley said. With these disagreements in mind, CAGS will continue to rely on the 2019 handbook to guide event organizers until a final set of regulations can be agreed upon by all members. Mr. Wereley added that CAGS will take some concrete steps toward streamlining 3MT rules across the board; CAGS will be running trainings, roundtables, regional workshops with 3MT administrators and another feedback session at its next conference to hash out ideas “and try to build consensus throughout the year,” he said. “And hopefully, in 2021, we’ll have an updated handbook that everyone can agree upon.”