Marie Hopwood of Vancouver Island University has partnered with a local brewery to revive the suds of civilizations past.

Marie Hopwood is pairing archeological research and beer to bring the past alive. Dr. Hopwood, a professor of anthropology and archeology at Vancouver Island University specializing in ancient civilizations, has been unearthing ancient beer recipes and serving them up for locals with the aim of increasing public interest in her line of work.

“My entire goal is to make archeology accessible and captivating to not only my students but to larger communities,” says Dr. Hopwood, “I want to help my students, as well as the broader public, understand the ancient past as people with faces, with real lives. It’s not just religion, it’s not just warfare, it’s not just burials, but they have real lives.” 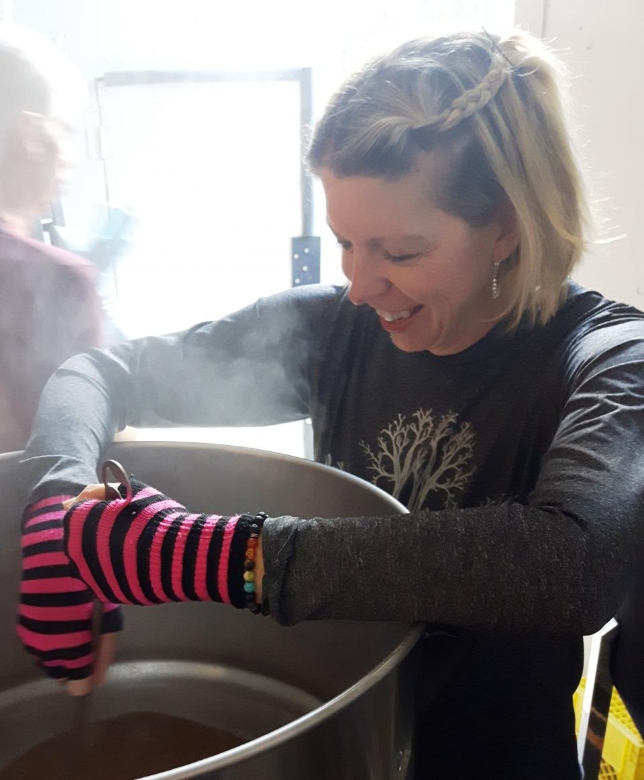 Beer seemed like a good way to bring to light the more mundane aspects of the past – that it was populated by people who had “good days, bad days and who loved to brew and drink beer.”

Inspired by the work of anthropologist Patrick McGovern from the University of Pennsylvania who partnered with Dogfish Head Brewery in Delware, U.S., Dr. Hopwood sought to do the same. This led to her forming a partnership with Dave Paul, the owner of Love Shack Libations brewery in Qualicum Beach, B.C.

Dr. Hopwood and her team of students – Melissa Ayling, who graduated last summer, and Kevin Schnieder – do their research, then they present it to Mr. Paul who translates it into modern beer.

“He’s a craftsman and an artist. He is very skilled in how to combine flavours,” says Dr. Hopwood. “I go to him with the flavour profiles and some ingredient ideas and then he’s the one who helps translate this into an actual brew recipe and we tweak things and see what’s working and what doesn’t work.”

Their partnership has produced several beers with classic-inspired names like Midas Touché (the first beer they crafted, a hybrid of ancient traditions from Egypt and Mesopotamia), Odin’s Eye (a Viking-era grog – and one of Dr. Hopwood’s favourite’s from the series), the Horn of Heimdall (an ale based on the Hornindal tradition from Norway), and The Blood of My Enemies (an Aztec-inspired brew).

Last year, Dr. Hopwood and her team presented their findings of their project, called Raise Your Glass to the Past, to the Society for American Anthropology, where she received positive feedback from her colleagues. She also confirmed that she and her team have completed the first trial year of the project and are looking for new ways of expanding from there.

One way they’re doing this is through a graphic novel on the archeology of beer, Sipping through the Centuries: An Archeological Adventure in Beer, written by Dr. Hopwood and illustrated by Mr. Schnieder. She’s also spreading the word about ancient brews at craft beer events like the Nanaimo Craft Beer Week, and through the project’s own annual tasting and knowledge-sharing events. Although the project is on a short hiatus during the pandemic, Dr. Hopwood believes her work and her beer will slowly make a comeback this spring and summer.

“What’s most powerful to me is that this is making the past, this is making archeology relevant to people of all different career paths and affinities,” Dr. Hopwood says. “And so its been really great in terms of making the past not just interesting but captivating to all sorts of audiences.”