How apps and online databases are helping conservation science to thrive

Thanks to internet-enabled technologies and citizen scientists, ecologists now have access to more data than ever before.

Science is not always done by experts cloistered in ivory towers. Increasingly, ordinary people are getting involved in gathering data – on local birds, insects, plants, climate and more – through citizen science initiatives. Enlisting the public in these schemes allows researchers to reach much further afield in their data collection efforts, and the spread of digital apps and online platforms is extending the reach of conservation scientists more than ever.

Jeremy Kerr, an ecologist at the University of Ottawa, set up eButterfly with one of his postdoctoral fellows in 2011. The online portal allows members of the public to record their sightings of butterflies across Canada, which in turn helps Dr. Kerr’s lab study where the insects are moving to as climate and land-use patterns change. “There’s too much Canada for us to cover, but lots of folks out there interested in helping,” says Dr. Kerr. “Citizen scientists as a group can get to places no other scientists have ever gotten to.” 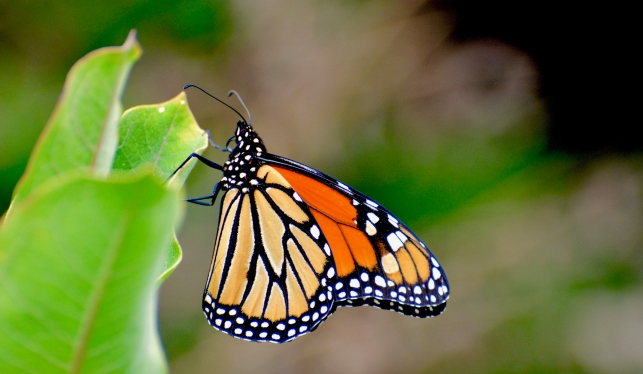 Dr. Kerr doesn’t collect personal information on the people who take part, but most are not trained scientists, just “people out there with binos” who are looking for a way to store, map and compare their own observations of nature. The accessibility of the online portal means that it is open to anybody, anywhere, which can attract people who are not traditionally involved in science. “As we’ve expanded into the Southern U.S. and Mexico, it’s clear that we’re getting buy-in from communities of people who are very different from me and my postdoc up here in Canada,” he says.

Researchers do not need to set up bespoke online platforms to collect citizen science data, however. Several popular apps allow scientists to harvest data from the crowd or set up specific projects that people can contribute to. Jennifer Baici, a PhD student at Trent University, is using the eBird and iNaturalist apps to collect sightings of wild turkeys across Ontario to estimate the bird’s population.

With iNaturalist, Ms. Baici has created a project that users must sign up to before being able to contribute. With eBird, a platform managed by the ornithology lab at Cornell University, she had only to register with the website to download all the turkey sightings in Ontario recorded over the course of the winter. The apps make collecting data from across the province much easier – and cheaper. “The province is so large, and I only have so many resources,” she says. “This way I can estimate the population size at low cost.” 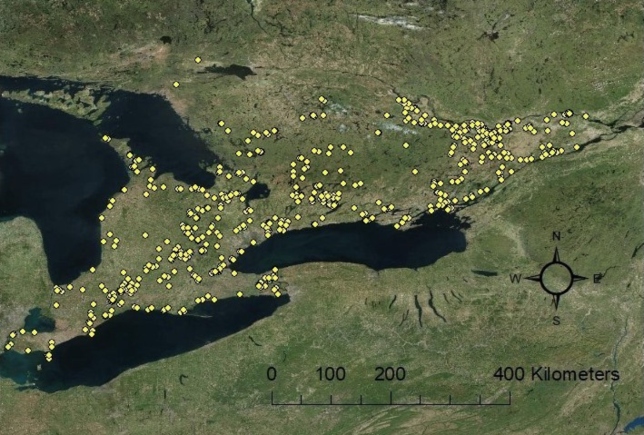 Wild turkey observations in Ontario submitted to eBird and iNaturalist as of Jan. 29, 2019. From “Ontario Wild Turkey Count.”

The apps also prompt users to include all the data Ms. Baici needs – such as the date and location of the observation, and the number of birds in a flock – ensuring every report is complete. By early March, there had been about 1,300 reported sightings this winter, logged mostly on eBird, which Ms. Baici says should allow her to get a good population estimate by the end of the month.

Relying on observation from untrained non-experts might seem suspect to some researchers, but Ms. Baici says the data she has collected from these sources seem fairly accurate, with reasonable flock counts well distributed across the province. The butterfly sightings Dr. Kerr collects are also relatively accurate, he says, and are verified by taxonomic experts. (Participants have a harder time correctly identifying bumblebees for a similar citizen science project he runs, called Bumblebee Watch.)

But some long-running projects hold their amateur scientists to a high standard. The Breeding Bird Survey (BBS), which has been carried out across North America each spring since 1965, requires its participants to meet rigorous standards for data collection – to be a “BBSer” is a mark of pride in the birding community, says Marie-Anne Hudson, who runs the program for the Canadian Wildlife Service. While apps like eBird have huge potential to generate “staggering” amounts of data, that data is not standardized and can’t compare with the rigour of a project like the BBS, in which expert observers run the same observation routes year after year. And apps still can’t match a simple pencil for recording speed, she says.

Even so, advances in digital technology have transformed the project over the decades. What started out as paper forms mailed back and forth, is now a digital portal, with observers uploading their data directly to researchers online. And advances in data storage and analysis technology allow far more information to be stored, analyzed and shared.

In some places, such as the Arctic, a lack of reliable internet access means digital platforms can’t help much. The Arctic Salmon project, which is monitoring the spread of salmon northwards, asks Northern fishers to turn in salmon they catch for analysis (the need to study the actual fish, or at least it’s head, also makes an app impractical). But the project uses social media to spread the word, and to connect with communities that support the work and help design the research questions, says project lead Karen Dunmall, Liber Ero postdoctoral fellow at the University of Victoria and an aquatic biologist at Fisheries and Oceans Canada.

Across science, Dr. Kerr says that citizen scientists are making a huge difference by collecting the most basic units of data, the foundation on which everything else is built. “I’ve been doing this for about seven years, and in that time citizen scientists have collected more butterfly observations than all the scientists in history,” he says.