Dr. Seifert, an associate professor in adult and higher education at Montana State University started the Supporting Student Success project in 2010 while at the University of Toronto’s Ontario Institute for Studies in Education, where she continues to hold a courtesy appointment.

Responding to a request for proposal from the Higher Education Quality Council of Ontario, she pitched a project that aims “to get a better understanding of what kinds of programs and services fall within the purview of a student affairs and services division.” What counts as a student affairs program or service varies widely across the province, she adds. “There are a lot of questions about what are student support services and what are really academic pieces that should be advanced in the faculties.”

She was also interested in documenting the culture in student affairs, and the profession’s place in the university system. “When you went on a campus and you spoke to people who worked in the student affairs and services division, how did they describe the culture of the place and how they worked together – or maybe had difficulties – and how they’re encouraged to work across the entire university to support student success.” 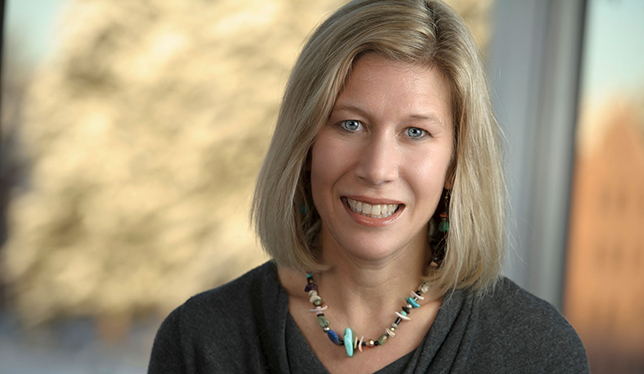 Dr. Seifert and her team, which includes academics from OISE and Memorial University, conducted interviews and focus groups with almost 300 staff members in student affairs and student services departments from nine universities and five colleges across Ontario, between 2010 and 2011. The resulting monograph, Supporting Student Success: The Role of Student Services within Ontario’s Postsecondary Institutions, published by Higher Education Quality Council of Ontario, details the various organizational and reporting structures across the institutions. The researchers found that, while the organizational structure of student affairs departments varied, the culture of the institution – whether it is collaborative or works in siloes, for example –  that has the greatest impact on a student affairs professional’s ability to support student success. In particular, the research suggested that a student-focused approach to student-success programming and an organizational culture that views student success as a shared commitment across departments is more effective than an institution-focused approach, or one based in entrenched traditions and procedures. But, says Dr. Seifert, phase one of the research also raised additional questions.

“When we were talking about what was the culture around supporting student success, staff members would say: ‘Well, you really should be talking to students’,” says Dr. Seifert. “You should talk to faculty.” Their second phase of data collection started in 2011 and ran until 2013, funded by the Social Sciences and Humanities Research Council and the Connaught New Researcher program at U of T.

The team expanded their focus groups and interviews to include students, faculty, senior administrators and additional staff members from a range of departments. They also turned their attention to the definition of student success, asking students, staff and faculty how they define it. “We hear in the media and from policy-makers that success is largely defined in terms of the graduation rate and employment outcomes,” says Dr. Seifert. The study, however, found that participants held a broader view of the definition, including not only the academic component but also personal characteristics, such as a willingness to take risks, being a contributing member of society and engaging in lifelong learning. “We make the argument that success is really holistic and it varies by student,” says Dr. Seifert.

Dr. Seifert says the second phase gave the team “insight into the differences in how faculty and staff members see their roles” and introduced the possibility of doing a large-scale survey. They accordingly extended the study across seven provinces, surveying staff and faculty members, between 2014 and 2016, about their awareness of, and engagement with, student success initiatives. This phase of research was funded by the Ontario Ministry of Research and Innovation and the Association of Registrars of the Universities and Colleges of Canada (ARUCC).

Dr. Seifert and Christine Arnold, an assistant professor in the faculty of education at Memorial, presented findings from their latest data at this year’s Congress of the Humanities and Social Sciences, and at the annual conference of the Canadian Association of College and University Student Services and ARUCC. “I think what struck me the most was the important role that faculty members said being encouraged to partner and collaborate across units was,” says Dr. Seifert. The research, which was also conducted with OISE doctoral student Kathleen Moore, showed that when someone in the institution, be it a colleague or a student, encouraged a faculty member to participate in a student affairs projects it “increased their odds of partnering by 173 percent with student affairs and services colleagues,” Dr. Seifert says. It also suggested that when there is similar encouragement for faculty members to partner with academic colleagues, participation in those academic initiatives “went up by 111 percent.”

She says they also asked respondents about the degree to which they felt their expertise was valued. They found that by involving staff, faculty and administrators in student affairs initiatives in a way that acknowledged and offered concrete recognition of each partner’s expertise “substantially” increased their likelihood of partnering.

Dr. Seifert says that much of the results are not surprising. “This really is a story of organizational culture. When we intentionally as leaders and as staff members or faculty members cultivate a culture where we listen to one another and take it in; when we encourage one another, see the value of working together and we formalize that student success is a shared responsibility,” she says, “we’re more likely to do so.”

So far, the Supporting Student Success project has collected data from seven colleges and 17 universities. The result, says Dr. Seifert, is an enormous data set that they continue to mine for further insights.