It’s complicated: the ethics of pandemic preparedness and response

Ross Upshur decided to focus his research on the ethics of pandemic response when he was working in public health during the SARS outbreak of 2003. Currently the head of the division of clinical public health at the University of Toronto’s Dalla Lana School of Public Health and associate director of the Lunenfeld Tanenbaum Research Institute at Sinai Health, Dr. Upshur has published numerous papers on pandemic ethics. He’s also consulted with the World Health Organization, Doctors Without Borders and the Public Health Agency of Canada on a number of guidance documents in relation to Ebola, H1N1 and more. He helps authorities make the hard decisions that pandemics require – like whether the Canadian government should evacuate Canadians showing symptoms of the new Coronavirus.

We spoke to Dr. Upshur about what led him down this path and why it’s so important to consult the public about pandemic ethics.

University Affairs: How did you get into researching ethics in pandemic preparedness?

Ross Upshur: When SARS hit in 2003, I was deputized as an associate medical officer of health in charge of the quarantine of a large number of people in York region (north of Toronto). I had to think about what the risk was to the public and how quarantine would affect people’s lives, including their schooling and employment.

I realized that there was a gap in the literature between the law and the ethics. Many ethical questions arose in SARS that we didn’t have good answers for. There were health care providers who were refusing to show up to work. Do they have a duty to provide care in an epidemic? What if they feel the health care institutions are not ensuring they’re properly protected? When should public health authorities disclose the names of people who were infected?

We needed better guidance on how to navigate a wide range of ethical scenarios that can come up in a pandemic. I wrote a paper with my colleagues on the ethics lessons learned from SARS for the British Medical Journal. I was then asked to be part of a working group to come up with an ethical guideline for responding to pandemic influenza, because that was the next thing everyone worried about after SARS. 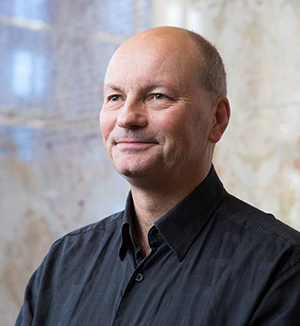 UA: Let’s look at one issue specifically: quarantine. What are the ethical factors to consider about who is quarantined and how quarantine occurs?

Dr. Upshur: First, it’s important to differentiate between isolation and quarantine. Isolation is used for someone who is already showing symptoms of the infectious disease, quarantine is used for people who may have been exposed but have no symptoms yet. Quarantine is voluntary and usually in the home, but if someone shows they are not complying, public health officers can use the law to enforce the quarantine.

If you’re going to quarantine somebody, there needs to be a risk that those who would be quarantined could spread the infection. The second consideration is, if you’re going to ask people to give up their established constitutional rights to freedom of movement and association, then the person making that request has a duty as well to those quarantined. You can’t just park somebody in quarantine and not provide them with food or medication should they need it, or put them at risk of sanction of losing their jobs. You have to be clear about how long this is going to last, what the consequences are for violating the quarantine, what the responsibilities of employers and others are. So there’s a huge amount of information that needs to be exchanged.

UA: You argue “duty to care” should be enshrined in health provider codes of ethics. Could you explain?

Dr. Upshur: When we did our surveys with health workers, many said, “I didn’t know that by becoming a health professional, that I was putting my life at risk.” Historically, that was a well-known fact for clinicians. In 1868, in the first code of ethics for the Canadian Medical Association, there was a provision that stated that in times of pestilence, it is the physicians’ duty to provide care to their patients, even at the risk of their own lives. But shortly after the Spanish flu, this language was taken out of many codes of ethics, and I’m not sure why. (In my spare time, I hope to do some historical digging to find out.)

I argue that doctors and nurses do have a duty of care in a pandemic, because if they’re not going to take care of sick people, who is? There are other professions in which mortal risk is known and accepted, like in the armed forces and firefighting. But it’s also important that there’s a principle of reciprocity, which I’ve been advocating for quite some time. So it’s not sufficient to throw health care providers into an epidemic without any support. They must be provided with the necessary supports and equipment in order to practice as safely as possible.

UA: You interviewed Canadians about their views on ethical issues relating to pandemic response. Why do you think it’s important to survey Canadians, rather than leaving the hard decisions up to the experts?

Dr. Upshur: We did two national surveys as well as town halls across Canada in the years following SARS. We’d have an expert come in and talk about what pandemic influenza was and explain the epidemiology of it, and then they would go and deliberate on cases which we anticipated would arise in a pandemic. We had quarantine scenarios, duty-to-care scenarios, resource allocation scenarios, and more. For example, we asked them how they would decide which health workers should be at the frontlines. People generally said, first, those who are young and healthy and without families, and then people who are young and healthy but have families, so long as you make sure that their families are taken care of. And as the final tier, older health workers who may have diabetes or immune problems that might put them at risk. There was disagreement, but our research showed that citizens took it exceptionally seriously and provided important insights on the values that should inform our response.

A lot of these decisions aren’t necessarily evidence-based, as evidence may not be available. Instead, they’re values based. That’s why it’s important to talk to people about these choices in the inter-pandemic period. In Hurricane Katrina, with the floodwaters rising, you had a hospital flooded and the power went out, and they had not agreed upon evacuation priorities. So the police department, fire department and Coast Guard all wanted to take different people. The time to have a discussion about your priorities is not when the waters are rising and the lights are out.

I’ve been through six of these sorts of global outbreaks and the same issues keep coming up. Public conversations about the issues and clear communication from our health leaders is vital to stop the spread of disinformation and to ensure a high degree of trust in the response.