When the phone rings in the middle of the night, it’s often a jarring prelude to bad news. The 3 a.m. phone call that awoke Michael Houghton in the early morning of October 5 was quite the opposite. It was his colleague Lorne Tyrrell who awakened him from a deep sleep, calling to congratulate him on winning a Nobel Prize. The Nobel committee had not yet managed to reach Dr. Houghton, but Dr. Tyrrell told him the news was already all over the internet. Dr. Houghton, along with two American colleagues, Harvey J. Alter and Charles M. Rice, had been awarded the Nobel Prize for Medicine for their work on the virus that causes hepatitis C, a disease responsible for 400,000 premature deaths globally each year.

Dr. Houghton, who holds the Canada Excellence Research Chair in Virology and is the Li Ka Shing Professor of Virology at the University of Alberta, where he is also director of the Li Ka Shing Applied Virology Institute, says that after groggily absorbing the news of his award, he tried, unsuccessfully, to get back to sleep. Around 6 a.m., he got the official Nobel call.

The year’s award was a recognition of three scientists who “made a decisive contribution to the fight against blood-borne hepatitis, a major global health problem that causes cirrhosis and liver cancer,” announced the Nobel Assembly at Karolinska Institute in Stockholm. 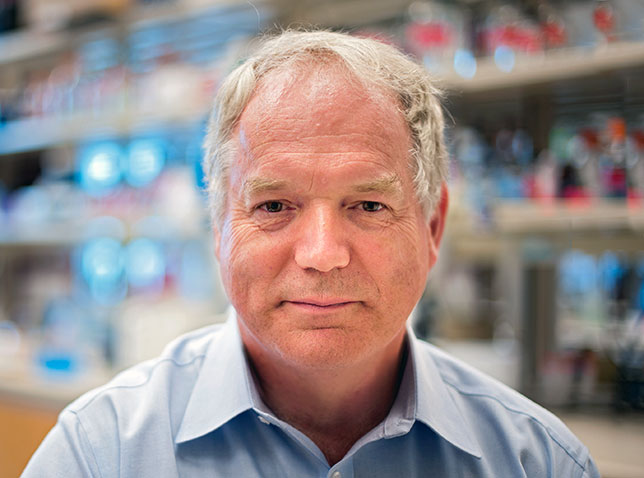 Hepatitis history and pathway to the Nobel

Hepatitis – from the Greek words for liver and inflammation – had been known in two forms dating back to the 1940s. Hepatitis A, generally with short-term impacts, is transmitted by polluted water or food. Hepatitis B, which can cause a chronic condition and potentially premature death, is transmitted through blood and bodily fluids. Identification of the causative agents of hepatitis A and B was achieved in the 1960s and ’70s, facilitating development of diagnostic tests so that these viruses could be screened out of donated blood. Despite this, in work by Dr. Alter at the U.S. National Institutes of Health studying patients who had received blood transfusions, hepatitis cases of an unknown form continued to be seen. Later studies narrowed down the infectious agent as a virus initially called “non-A, non-B” hepatitis.

A more specific identity of this virus eluded scientists for more than a decade. In the 1980s, Dr. Houghton, then working for the pharmaceutical firm Chiron, worked to isolate its genetic sequence, creating a collection of DNA fragments from nucleic acids found in the blood of an infected chimpanzee. Using blood from patients infected with the non-A, non-B form of hepatitis, they used bacterial cloning to identify viral proteins. “We made the assumption that a hep C antibody, if it were present, would bind to the bacterial clone expressing the hep C protein,” he explains.

Screening hundreds of millions of clones, they came up with one positive match. It took another year “to convince ourselves that this really was derived from hep C and not from something else that was erroneous or extraneous,” says Dr. Houghton. Identification of the causative virus, and further characterization of it by Dr. Rice at Washington University in St. Louis, opened the door to blood screening, treatments – and now, in his lab, Dr. Houghton is overseeing development of a candidate vaccine.

Dr. Houghton is also bringing his virology expertise to bear on the current pandemic buffeting the world. “This is a horribly pathogenic virus,” he says of the novel coronavirus behind COVID-19. However, he is hopeful that the methods of conventional vaccinology will work.

The premise of vaccination, explains Dr. Houghton, is that it primes the immune system so that when a person is actually exposed to the virus, memory responses ramp up. “At that point it becomes a race between the rapid memory responses to the vaccine and the growth of the virus,” he says. The aim is to develop a vaccine that helps the human body win this internal race.

“Until we actually see the data, we can’t predict for certain that these vaccines will work,” he says. However, all of the vaccine candidates in phase III clinical trials have been tested in animal models and appear to protect against COVID-19. “So that’s a really good, positive sign,” he says.

With the terrible death toll from the pandemic, it’s hard to find a positive spin on COVID-19, says Dr. Houghton. But if there is a silver lining, he argues, it’s the model that has arisen from the interaction between governments, vaccine companies and research groups.

In the past, pre-COVID, all phases of clinical trials had to be complete before companies would manufacture and distribute the vaccine, after regulatory approval. With COVID-19, governments have contracted with companies to manufacture candidate vaccines while they’re still being tested in clinical trials, explains Dr. Houghton. “That is completely new.”

If it all works out, a COVID-19 vaccine will have been produced in record time. “It will only have taken a year, which is unheard of,” he says, adding that a decade is a more typical length. “So, if it works out, and we obviously hope it does, it’s a new model for treating other epidemics, including hep C and many others. It’s a new paradigm for governments to incentivize the research and the industry arenas to accelerate vaccine development,” he says. “That could be a real positive.”

As for the glitz and glamour of a trip to the awards ceremony in Sweden, COVID-19 has pressed pause on such things this year. Lectures by Nobel Laureates are being taped ahead of time to be broadcast in early December. “The ceremony is going to be remote as well,” says Dr. Houghton, who adds that if all goes well and COVID-19 is under control by December 2021, there will be a double ceremony held then for both the 2020 and 2021 Nobel Prize winners.

As for advice to young scientists interested in pursuing a career in virology or immunology and vaccine development, Dr. Houghton says to get well-trained by pursuing doctoral and postdoctoral research. Then, once you’re able to start your own lab, he advocates diversifying the foci of research such that it combines tenable, accessible projects in parallel with more challenging gnarly questions like work on unmet medical needs. “I’d like to see more scientists doing work in difficult areas of medicine,” he says.