After two years of renovations, Montreal’s Dow Planetarium became the new home of technology entrepreneurship centre, Centech, last fall. The centre’s objective is to provide a unique work environment for entrepreneurs in the early stages of their projects, and the iconic round building has become a place of new possibilities for École de technologie supérieure (ÉTS).

The former planetarium resembles a bustling spacecraft, with its recognizable dome, tall glass bays and circular hallways. It serves as a workspace for over a hundred businesses and some 300 students in entrepreneurship courses. ÉTS chose this well-known Montreal building as its incubator for entrepreneurs because of “the building’s scientific character” and “the connection that will be forged between innovation and new technologies,” says Richard Chénier, general manager of Centech.

ÉTS has spared no effort to turn the building into the school’s architectural flagship. The renovations cost over $11 million, a little over half of which was subsidized by Quebec’s education ministry and Innovation, Science and Economic Development Canada. 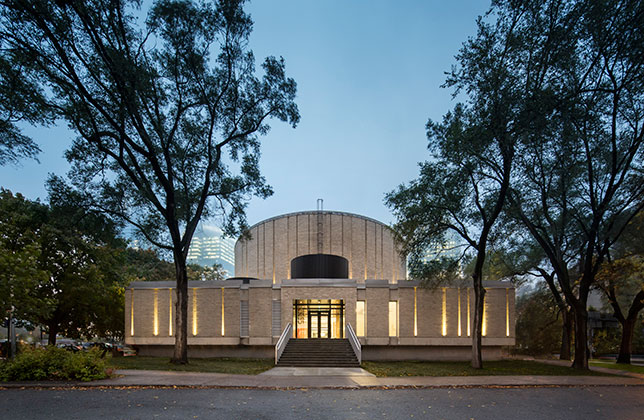 All photos by Stéphane Brügger.

Converting the planetarium was an immense undertaking. The architects had to repurpose the dark interior, which had been designed for astronomy projections and educational programs, as a modern hub for work and collaboration. “The biggest challenge was transforming a building designed to create total darkness into a bright space that’s enjoyable to work in,” says Mr. Chénier, who also noted that the City of Montreal required that they preserve the building envelope in its entirety.

The circular shape and increased number of common areas in the building – including a cafeteria, meeting and conference rooms, and lounge areas – creates an open layout and encourages interaction among people using the building. The project was successful in creating a space that is “open, neutral and conducive to people meeting,” Mr. Chenier says. The building itself was entirely reconceived to “promote the acceleration of technological innovation while bringing together people of different backgrounds,” he adds.   The renovation has since won two major design awards. 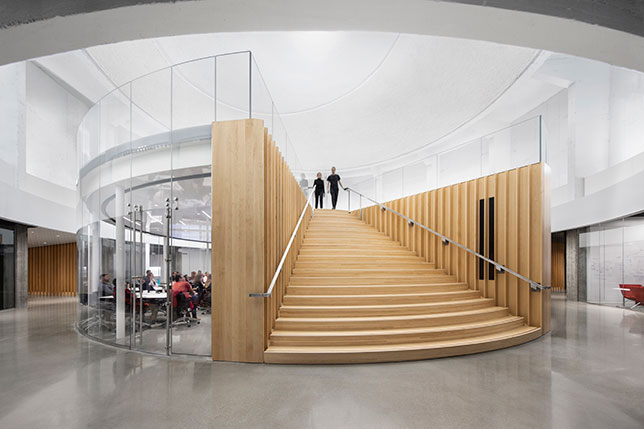 Already boasting a rich history as a planetarium, the fully redesigned building is now the playground for new tech startups. At its entrance is a large sign reading “Centech propulsé par l’ÉTS” (Centech powered by ÉTS), further reinforcing the institution’s scientific foundations. And Mr. Chénier enjoys introducing his new tech playground as a “collision space” for startup projects and existing businesses.

At the height of young entrepreneurs’ ambitions

Nicolas Morency is working at the hub in between two business trips. The ambitious founder and director of the startup PreVu3D was part of last winter’s Acceleration Program cohort at Centech before joining the hub’s Propulsion Program. This young entrepreneur sees a number of good reasons to set up shop in Montreal, such as high salaries, excellent hiring packages and an unbeatable lifestyle. “There’s a boom in the Montreal ecosystem,” he says. “It’s the best place in the world for entrepreneurs right now.” Since January, Mr. Morency has hired 12 employees. 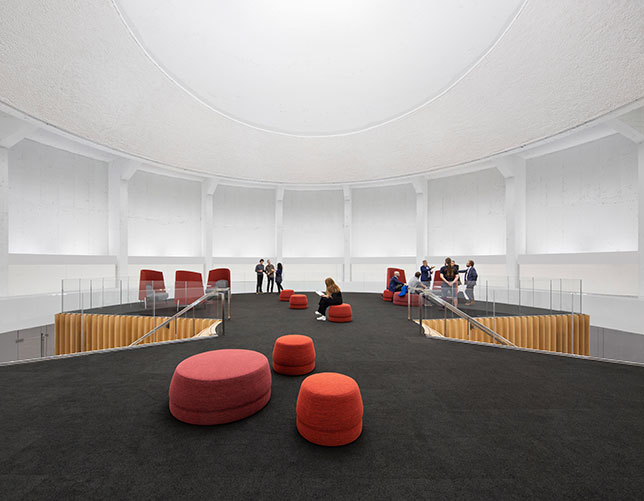 “It’s a special feeling to arrive in a space as grandiose as the planetarium,” he says. “It helps you think big.” He also recognizes how the unique environment is an exceptional way to showcase the institution and its complement. “Here we meet ministers and major industry players. We have access to Canada’s biggest investment funds, which gives a classy impression to clients.”

The only risk? “Getting used to this level of luxury, which isn’t really the reality for startups,” he says. “But it does help us build a certain credibility.”