The Halifax institution will be the first university in Atlantic Canada to launch a tuition waiver program for students who were previously in the foster care system.

In January, Halifax’s Mount Saint Vincent University will become the first university in Atlantic Canada to offer tuition waivers for students who were previously in the foster care system.

MSVU’s Post-Care Tuition Waiver Program will cover the full cost of tuition and compulsory fees. The university will also connect participating students to a staff member who can assist them from the application process through to the end of their degrees. 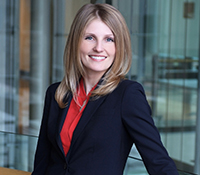 “Education holds the power to transform lives,” says Julie McMullin, MSVU vice-president, academic. She adds that the program will provide the chance for “immeasurable personal, scholarly and professional growth for eligible students.”

Jane Kovarikova, founder of the Child Welfare Political Action Committee and a doctoral candidate at Western University, has been advocating for tuition waivers for former youth in care. Her organizing has helped lead to similar programs at Laurentian University as well as Western University and its affiliate university colleges, Brescia, King’s and Huron. “As a former youth-in-care, I am grateful to MSVU for making postsecondary more accessible for people like me,” she says. “Their leadership in helping to bring these opportunities coast-to-coast is an inspiration.”

The university is launching the program with a pilot this winter. A full roll-out is planned for September. Taking a cue from MSVU, Memorial University announced that it will pilot a tuition waiver in the spring term.