One sports psychologist says he’s seen a major upswing in mood and anxiety-related symptoms over the past two years.

Kaitlin Swartz was hoping for big things in 2022. A medalist at the last Canada West championships in February 2020, the middle-distance runner with the University of Alberta track and field team was expected to reach the podium again in February 2022. That’s when the meet returns after a one-year hiatus due to the pandemic. She was also hoping to compete again at the national championships set for the University of New Brunswick in early March.

But a spate of leg and foot injuries – that the fourth-year student in kinesiology blames on constant COVID-related disruptions to training and competitions – together with the possibility that more meets will be postponed or cancelled again due to COVID-19, have left her feeling pessimistic about her chances this season. 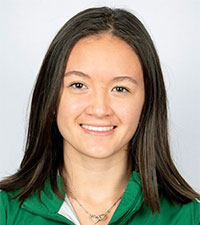 “I’ve only been training without injury for three weeks and I find it extremely hard to push myself in practice, to give that last 10 per cent, when there’s no certainty that races will even happen,” said Ms. Swartz, who finished 9th and 12th this past weekend at the first track meet of the 2022 season in the Canada West Universities Athletics Association. “I’m not at my best, so it’s unrealistic for me to expect to do as well as I did in 2020.”As the first month of the winter semester winds down, university teams and athletes across Canada who compete during the cold-weather months in sports like hockey, basketball, volleyball, swimming, curling, and track and field continue to be plagued by uncertainty over the latest wave of COVID-19.

Many of those sports had their seasons end abruptly in March 2020 when the pandemic first hit. Most were affected again last year, when games, meets, seasons and championships were postponed, curtailed or cancelled. In late 2021, however, a relaxing of public health measures allowed most university fall sports to again enjoy full regular seasons and national championships, and for the regular seasons of winter sports to begin.

But COVID-19 has reared its ugly head again in the form of the Omicron variant. In late November, the 102 Canadian student athletes who were to represent Canada on at the 30th FISU Winter Universiade in Lucerne, Switzerland, learned that the world’s largest multisport competition for student athletes aged 17 to 25 had been cancelled due to the resurging pandemic. 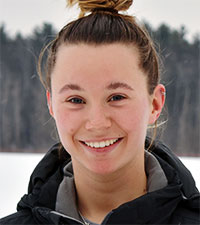 “It was dream-shattering news,” said Margaux Gilmour, a veteran member of the Université de Montréal’s Carabins alpine ski team and one of three Canadians selected to compete in that sport in Lucerne. “You have no idea how much I was looking forward to it.”

A specialist in giant slalom, Ms. Gilmour said the pandemic has wreaked havoc on her skiing career, beginning with a last-minute cancellation of the final race of the season in March 2020 that snuffed out her chance to finish first in the overall standings.

“We were supposed to leave for the race [in Quebec City] at 5 p.m. but I got a text in class at 3 p.m. saying it had been cancelled,” said Ms. Gilmour, a fourth-year student in business administration. “It was a punch in the gut.”

After suffering a torn ACL, a broken tibia and a concussion in a high-speed crash in a training run in March 2021 – which she blames on all the stops and starts in her training due to the pandemic – Ms. Gilmour said she was counting on Lucerne to get her skiing career back on track.

‘Playing it week by week’

By mid-December, as the Omicron variant continued to race around the globe, three of the four conferences in USports, the national governing body of university sport in Canada, hit the pause button again on competition in January. That mirrored the decision by many schools in their regions to delay the return to on-campus learning. Since then, scrimmages, exhibition games, league play, tournaments and championships have been postponed or cancelled in those three conferences: Ontario University Athletics, Atlantic University Sports (AUS), and Réseau du sport étudiant du Québec. 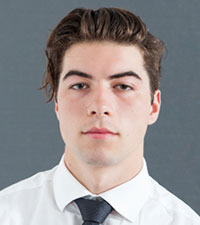 Only Canada West has allowed games to be played this month, albeit with strict rules in place regarding vaccine requirements, mask wearing, dressing room capacities and spectator limits. “We’re playing it week by week,” said Connor Hood, sports information and communications coordinator for the 24-team Golden Bears and Pandas program at the U of A, which will host the national men’s championships in wrestling and basketball in March – if they happen. “Our goal is to play as many games as possible while we can. But there’s a constant fear that everything will change at a moment’s notice.”

For many athletes, the current uncertainty over both sports and studies is driving them to distraction. “It’s really frustrating and disheartening,” said Connor Welsh, a defenseman and assistant captain with Dalhousie University’s Tigers hockey team.

After seeing national championships cancelled the past two years and the entire 2020-2021 season scrubbed, Mr. Welsh said he and his teammates were elated to be back on the ice in the fall. They won nine of 18 games before the holiday break, good for third place in the seven-team AUS league.

“We continued to train and practice during the pandemic and were lucky to have each other for support,” said Mr. Welsh. “I think it consolidated team spirit and led into our success this year.”

In late December, however, AUS cancelled all games in January, with a now-shortened regular season tentatively scheduled to resume in early February, followed – hopefully – by playoffs and the national championships, which are slated for Halifax in March.

“I can’t control what happens so I’m trying not to think about the possible negatives,” said Mr. Welsh. “I’m trying to stay focussed on the positives.”

For Michel Larivière, a clinical psychologist and associate professor in human kinetics at Laurentian University, which has the only undergraduate sports psychology program in Canada, hope and optimism have been in short supply for university athletes since March 2020.

“The worst thing that has happened to them during the pandemic is all the false starts,” said Dr. Larivière, a former varsity baseball player and coach who helps elite athletes deal with life and performance issues. “They get themselves worked up and in a competitive zone that requires huge amounts of mental focus and energy – then nothing, there’s no race or game or event where they can perform and showcase their talents. Humans aren’t good with uncertainty, it compromises mental health,” he added. “And a chronic state of uncertainty is not a good place to be, especially for young people who plan their entire academic year and social lives around their sport, then have that pulled out from under them.”

Dr. Larivière said he has seen a major upswing in mood and anxiety-related symptoms among student athletes over the past two years. “Most say they feel panicky and edgy and can’t focus,” he said. “In addition to having to deal with all the normal stress associated with the pandemic, they have to try and stay in touch and deal with all the changes as their sports come crawling back.”

According to Dr. Larivière, the fallouts from the pandemic have been tougher for students in individual sports. “They’re most often alone with their thoughts over long periods of time,” he said. “The good thing is that their personalities and temperaments are more tolerant of that.”

Athletes on team sports, he added, have an easier time coping because they have networks of people they can talk to and vent with. “It’s important to have buffers like strong social support,” said Dr. Larivière. “And you need to remind them to focus on the things they can control, like training. Fortunately, most university athletes are very disciplined and resilient. They can deal with a lot. But they also feel huge surges of disappointment not quite like the rest of us. People around them need to be aware of that.”