Ontario universities came under the provincial ombudsman’s oversight in 2016. The office has since received more than 500 university-related complaints.

Paul Dubé is in the “persuasion game.” Whether it’s overseeing complaints about provincial government ministries, municipalities or universities, Mr. Dubé, Ontario’s ombudsman says his modus operandi remains the same. “My approach as an ombudsman has always been to show all stakeholders what’s in it for them, why they will benefit from these recommendations, that it’s in their interest.”

As an independent official of Ontario’s legislature, the provincial ombudsman’s role is to resolve and investigate complaints about the government bodies or institutions that fall under the office’s jurisdiction as a way of promoting accountability. Mr. Dubé took on the role in April 2016, soon after the office’s powers were expanded on Jan. 1 to include the authority to investigate complaints against 21 of the province’s publicly funded universities. Now, two years later, stakeholders are reflecting on this additional postsecondary oversight and lauding the move, with Mr. Dubé saying that while his office is still making inroads into the university sector, he’s pleased with the work they’ve done so far. 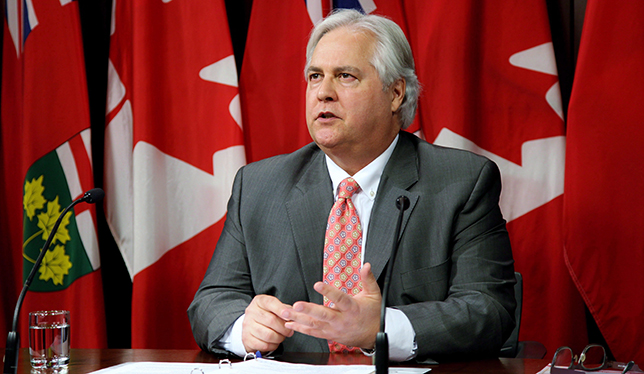 “I think that going forward, the strength of [our] relationships [in the university community] will allow us to add value and be an agent of positive change … in the same way that we are in the broader public sector,” Mr. Dubé said.

“It’s a natural evolution and it’s an appropriate step for the provincial government to decide that they wanted to expand the jurisdiction of the provincial ombudsman,” said Nora Farrell, Ryerson University’s ombudsperson since 2000.

“Even for universities that do have ombuds, it’s another level, another opportunity for [individuals] to have their situation reviewed,” said Ms. Brendon, whose office deals with about 350 to 400 cases each year.

Breaking down the numbers

Mr. Dubé’s office received 422 complaints about universities in two years, with the total exceeding 500 by early February this year.

“We see that number as a positive thing showing that it’s actually being utilized and promoted within Ontario’s university sector,” said Colin Aitchison, research and policy analyst for the Ontario Undergraduate Student Alliance (OUSA), which represents undergraduate and professional students from eight universities across Ontario.

The provincial ombudsman estimated that about 85 percent of the complaints his office receives come from students, 10 percent are from faculty and staff, and the remaining five percent are from the public, with the latter including complaints about issues like parking.

Mr. Dubé said that while complaints have steadily increased – 92 complaints during the first three months of 2016 grew to 267 complaints by the end of the first full fiscal year on March 31, 2017 – it’s not a “hotbed of complaints.” The volume is “relatively low” when compared to some government ministries that have thousands of complaints, he said. For example, last year his office received 2,667 complaints about municipalities, which came under the ombudsman’s expanded jurisdiction at the same time as universities in 2016.

According to the office’s 2016-17 annual report, academic appeals accounted for the highest category of university-related complaints – 27 of 175 total complaints. One example, said Mr. Dubé, was a case where a university stopped a PhD candidate from appealing a failing grade on an exam. Mr. Dubé’s review led the university to state that it had misapplied its policy and the student was granted permission to make an appeal.

Mr. Dubé said he hasn’t yet had to launch a formal investigation into a university-related complaint. Instead, his office tries to resolve issues at the “lowest level possible,” which can mean making inquiries with university officials, and referrals to a particular university office or appeals procedure. If a complainant has already gone through the appeals or dispute-resolution options at a university and believes the process or the outcome was unfair, then the provincial ombudsman can review the university’s policies and procedures and suggest improvements, if necessary. The ombudsman cannot, however, overturn decisions made by government bodies or universities, and since his recommendations are non-binding, Mr. Dubé cannot issue penalties for non-compliance.

University-based ombudspersons operate in the same way, notes Ryerson’s Dr. Farrell. Most cases will involve speaking with an individual about the options available to them for resolving a concern or guiding them towards the proper route for settling the issue, she said.

Of the universities that Mr. Dubé’s office oversees, 11 have an ombuds. (And the name for the office – ombuds, ombudsman or ombudsperson – differs by institution.) Normally, the provincial office and a university ombudsperson wouldn’t work together on a case since they are “mutually exclusive,” Mr. Dubé said. “If the university ombudsman is working on something, then it’s premature for us to get involved.”

Because Mr. Dubé’s office is meant to be a “last resort,” they first determine whether the university named in a complaint has its own ombudsperson. If they do and the complainant hasn’t already visited that office, then Mr. Dubé’s team refers the person there first.

“Local problems are best served locally,” he said, noting that a university ombudsperson’s familiarity with the institution may lead to a quicker and more efficient resolution. “We’ll explain to the complainant, ‘Go through that process and if you remain dissatisfied at the end of that process, then we’re here.’”

OUSA, meanwhile, would like to see a formal connection between the provincial ombudsman and university ombuds offices. Mr. Aitchison said the group would also like to see standardized reporting structures for university ombuds, and provincial funding for these offices since ombuds funding currently varies by institution – some offices are funded by universities, others by student unions or levies, and some receive funding from all of these sources.

For his part, Mr. Dubé said he’d like to see more universities with ombuds offices. More important, though, is for universities to have a “fair and robust appeals process that’s applied consistently, that can protect people and ensure that they are dealt with fairly.”

Ombudspersons in two other provinces – Newfoundland and Labrador, and British Columbia – also have university oversight.

The citizens’ representative (the equivalent of an ombudsperson) in Newfoundland and Labrador has authority over Memorial University, the province’s only publicly funded university.

Since 2013, the office has received 13 complaints about Memorial, which doesn’t have its own ombudsperson. Like in Ontario, these came from students and faculty, said Bradley J. Moss, the province’s deputy citizens’ representative. The office saw two complaints in both 2015 and 2016, and one in 2017. Mr. Moss said the office hasn’t done targeted outreach on campus in years, but they are planning to promote their services to the university community, which would likely lead to an increase in the number of cases coming in.

Mr. Chalke said the contrast in numbers between provinces could be a result of a difference in the student population in each province. Additionally, it’s not unusual, he said, for an ombuds office to get a high number of complaints when it first gets authority over a new area of jurisdiction until people start to understand the office’s role.