It took four years and the perfect analogy to figure it out.

A curling rock curves down a sheet of ice like the blade in a circular saw jams against a thick piece of wood. It’s not just a lovely bit of poetry, but the comparison that Ed Lozowski has come up with to explain how the path of a hunk of polished granite can curl as it slides on ice. It took four years of calculating and measuring the movement of rocks at a community centre, but Dr. Lozowski, professor emeritus with the University of Alberta’s department of earth and atmospheric sciences, has figured out a conceptual model to explain the curl as well as an equation for measuring total curl distance. He’s published the results with co-researcher Mark Shegelski, a physics professor at the University of Northern British Columbia, in the latest issue of Cold Regions Science and Technology. 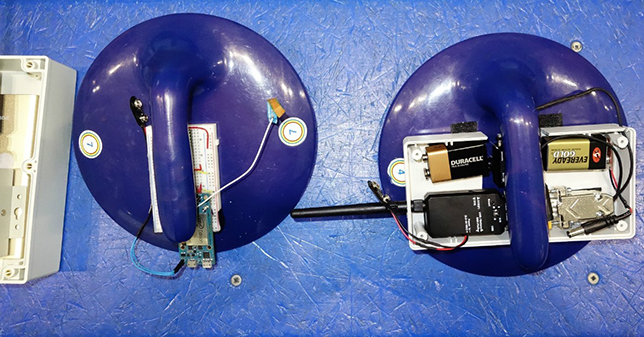 A photo of the research in action. Courtesy of University of Alberta.

As in other ice sports, the curling sheet is periodically sprayed with water. These freezing water droplets create “pebbles.” When the textured bottom of the stone touches a pebble, it binds to the pebble and pulls it like an elastic. Once the pebble stretches as far as it can, the rock rotates and lurches away. It takes tens of nanoseconds to happen. “Even though each encounter produces a very small pivot, the total number of pivots is large,” Dr. Lozowski told U of A’s folio website. The result is a total pivot – a curl – of a few degrees.

Though he’s figured out the physics behind the sport’s eponymous curl, the ice researcher admits he can’t see how it will help curlers once they’re on the hack. “I wish I could say, ‘Eureka, I have come up with a way to make Canadian curlers even better than they are,’” he told the CBC. “All the parameters have to do with the nature of the ice, and if the ice maker changes them, he changes them for everyone who plays on that ice.”