The trend seems to be particularly prevalent in Eastern Canada and among those claiming Métis ancestry.

Just as a number of media outlets in Quebec were reporting on people who were apparently appropriating Indigenous identities for themselves, Darryl Leroux published a book in which he analyzes this phenomenon of “self-Indigenization.” In Distorted Descent: White Claims to Indigenous Identity, published last September, the Saint Mary’s University associate professor explores multiple genealogy forums to describe this process of self-Indigenization, i.e., the decision to suddenly identify as Indigenous without official recognition. He also analyzes hundreds of documents from two lawsuits initiated by self-styled Métis organizations that claim hunting, fishing and land rights, even to the detriment of other Aboriginal groups living in the areas in question.

Self-indigenization is defined as suddenly claiming an Indigenous identity by invoking tenuous links. This practice appears to be particularly common in Quebec, New Brunswick and Nova Scotia, and along the American East Coast. Although self-indigenization does occur in Western Canada as well, race-shifting is less common there, according to Dr. Leroux, in part because of the greater presence of Aboriginal peoples in that part of the country.

“We’re talking about French descendants who use an ancestor from as far back as 400 years ago to claim an Indigenous identity,” Dr. Leroux explains. The phenomenon has been on the rise in Eastern Canada since the 2003 Powley decision, which laid out a series of criteria for a person to be recognized as Métis. 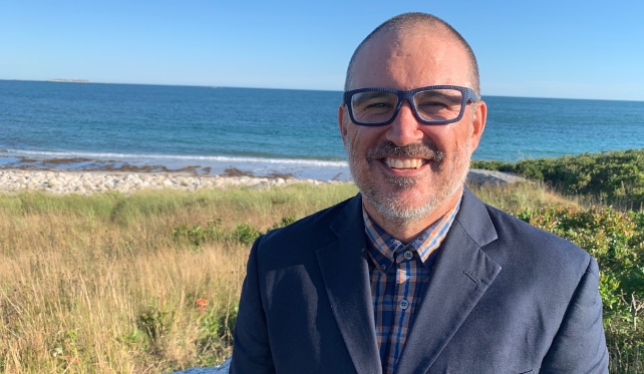 Author and professor Darryl Leroux has completed decades of research on self-indigenization among Francophones, which he believes can perpetuate a certain kind of colonial violence.

Other factors in this development include a lack of knowledge in Quebec about the history of the Métis people, and the ambiguity of the French term métis/métissage (meaning “mixed”). “First of all, there’s often confusion in Eastern Canada about who the Western Métis are,” explains Pierrot Ross-Tremblay, an assistant professor of Canadian and Aboriginal Studies at the University of Ottawa who is also a member of Essipit Innu First Nation.

The Métis are a buffalo-hunting people who emerged in the Winnipeg and Red River region in the 18th century. The history of the Métis people is complex and cannot be reduced to mere genetics. “It’s the story of a variety of Indigenous peoples who came together and developed diplomatic connections, eventually forming a distinct people,” says Dr. Ross-Tremblay. “The idea of a post-contact Indigenous people tends to confuse people,” notes Chris Andersen, a professor and dean of the Faculty of Native Studies at the University of Alberta who is Métis.

By basing a claim on an ancestor many generations in the past, Dr. Leroux believes that the practice perpetuates a certain kind of colonial violence. “Certain members of the First Nations have been disconnected from their culture due to colonial violence. But to claim that someone with an Indigenous ancestor from 350 years ago has lived the same experience … well then, no. You’re rewriting history,” Dr. Leroux argues.

“Historically, being from an Indigenous group in Canada has not generally been an advantage,” Dr. Ross-Tremblay observes. Membership in these communities is not based on blood alone but also on a series of experiences and of rich, complex social and family relationships.

Dr. Leroux also deconstructs one of the myths that are most firmly anchored in Quebec’s popular culture, noting that there were very few marriages between Aboriginal people and French settlers when the colonies were first founded. “Darryl Leroux’s work constitutes a radical critique of the core colonial narrative, including the mythology of positive contacts, of a French colonialism that was supposedly less toxic than other forms of colonization,” says Dr. Ross-Tremblay.

One particularly troubling aspect of this issue arises when organized groups attempt to claim land rights to the detriment of the Aboriginal groups who are already present in the areas in question. In his book, Dr. Leroux traces the formation of two such groups. “Whatever the motivation may be, whenever people change their identity, it’s in a bid to gain access to something, whether it’s about money or acquiring some form of cultural or social capital,” he explains.

Dr. Leroux’s work has made waves both in the research community and in the broader community. “Darryl has very knowledgeably shown the realities that the Innu were experiencing,” says Dr. Ross-Tremblay. “Up until now, people were talking about finding their roots, but Darryl clearly states that what we’re dealing with here is White people who have no affiliation or connection, and who are having a negative impact on Aboriginal people,” says U of A’s Dr. Andersen.

This perspective also reminds us that many statistics need to be viewed with caution. Dr. Andersen, who has been interested in this issue for a number of years, notes that the “Métis” category on the census is vague: “We don’t know what people mean when they check the ‘Métis’ box.” For example, Dr. Leroux has observed that the increasing number of people identifying themselves as Métis are more often male than female, and suggests that this may be because these men are more often involved in so-called Métis organizations.

For the time being, all of the many lawsuits brought by these organizations and individuals have stalled, and no federal or provincial government has recognized them.

The situation on Canadian campuses

The phenomenon of self-Indigenization extends to universities as well. For example, there has been a significant increase in the number of teachers claiming to be Métis (from zero in Eastern Canada in 2006 to 70 in 2016). Some claim links with Métis organizations that are not officially recognized. Some students have also managed to obtain grants intended for Indigenous people through false Métis associations.

But how can the authenticity of these affiliations be confirmed without building up the barriers we are trying to tear down? Chris Andersen at the University of Alberta believes that it’s not simply a matter of claiming a certain identity. “The Indigenous identity includes the idea of reciprocity: recognition by a contemporary community is the second part of the equation, which people often forget,” says Pierrot Ross-Tremblay at the University of Ottawa. “What’s practically never mentioned in all these conversations about Métis status are Indigenous conceptions of human beings, citizenship and belonging.”

In response to the Truth and Reconciliation Commission, for example, most Canadian universities expressed a desire to facilitate entry for Indigenous students, staff and professors. But Dr. Andersen argues that another way to respond would have been to build stronger relationships with Indigenous communities, which is much more difficult to achieve.

Even so, certain universities are starting to become aware of this turn of events. For example, U of A has established a policy for students in which self-identification alone is not sufficient. “There also needs to be some form of connection to a broader Indigenous community,” Dr. Andersen explains. “The university wants to help students recognize that it’s a privilege to apply for an award for Indigenous students, and one that comes with certain responsibilities to our family and our community.”

Université du Québec à Montréal also hopes to start a discussion about establishing an approach to verify the status of university employees who identify as Indigenous when the nature of their work or the role they play requires them to publicly identify themselves as such.