The donated images document the Canadian photographer’s renowned career, starting with his time as a Ryerson student.

Canadian photographer Edward Burtynsky is donating a portion of his work, spanning nearly five decades of his career, to Ryerson University. Some of his early images, selected by Mr. Burtynsky himself, are now featured in a virtual public gallery through the Ryerson Image Centre (RIC), while prints and materials from later years are in the process of being curated.

The 65-year-old photographer is internationally renowned for his large-scale landscapes depicting the impact of human industry on nature and the effects of climate change. While the collection at the RIC includes images that embody his iconic style, it also considers some of his earlier works that had a personal dimension, says the RIC’s director, Paul Roth. 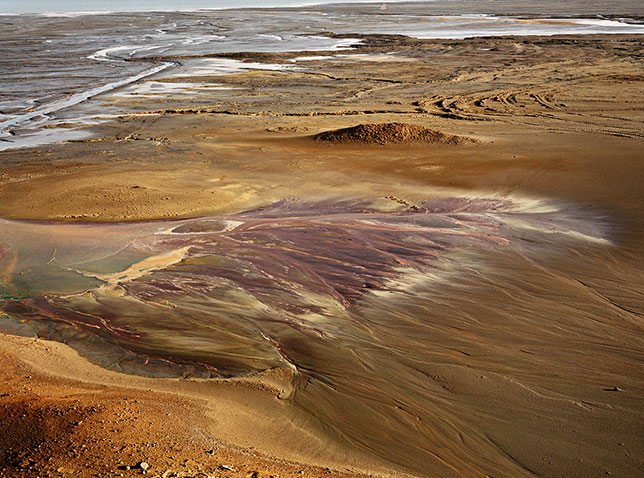 “One of the more interesting things for us in acquiring this first group of images was, what work does Ed do that doesn’t look like Ed Burtynsky as we know him now?” Mr. Roth says. One such work is a documentation of a Ukrainian summer camp that has never before been exhibited or published since it was first made (figures 25 and 26 in RIC’s virtual slide show). “It’s very personal to Ed because he is himself the son of Ukrainian immigrants.”

Curators, led by Mr. Roth, have begun the process of acquiring prints from Mr. Burtynsky’s studio – a process that has been impacted by COVID-19. The project may well take five years as the curators move chronologically through his work, Mr. Roth says. The archive will also eventually include materials that are still meaningful to Mr. Burtynsky’s current projects, such as original negatives, business records, publications and awards.

“Ultimately, the purpose of collecting his archive is to establish a one-stop research resource for scholars who are studying his work,” Mr. Roth says. Ryerson’s will be the largest institutional collection of Mr. Burtynsky’s photographs in the world. It will also be useful for people studying the history of Canadian photography, landscape photography after the Second World War, and the subjects of climate change and environmental impacts.

“As Ed makes new work, we fully expect he will be donating that work as he’s making it,” Mr. Roth says. “That material is in many ways what we’re expecting a lot of researchers to want access to.”

For Mr. Burtynsky, the donation is a “homecoming” for his images. The first batch of donated images date from 1976 to 1989, some of which were made while Mr. Burtynsky was a student at Ryerson Polytechnical Institute, as it was then called. That the building that will house Mr. Burtynsky’s archive is the same one he frequented as a student is profound to think about, says Mr. Roth. “The first pictures in the gallery were actually made while he was a student, and the pictures that come after that are the very first ones that he’s making when he leaves school and dedicates himself to being a professional photographer.”

The virtual gallery offers a window into Mr. Burtynsky’s early career while COVID-19 restrictions continue to be in place, but the images in the collection were intended to be seen in person, Mr. Roth says. “Our goal is to get people to come into the building and spend time, even if it’s just one afternoon, pulling a selection of pictures to look at them.”