With self-isolation now successfully completed for most students, it’s time to see what the new campus life will look like.

Kathryn Humphries has, in her own words, “done a lot of education in a lot of places.” Over the past decade she’s studied music in Nova Scotia, Montreal and Vienna; education in Edinburgh; and pursued postgraduate studies in climate change in Victoria.

In August, the 35-year-old arrived in Fredericton, New Brunswick’s small capital city, to earn her doctor of law degree at the University of New Brunswick. Of all the university experiences in her life so far, it has easily been the strangest. “I feel like I’m on an island here,” she says.

On August 24, Ms. Humphries drove from Moncton’s nearly deserted airport straight to her Fredericton Airbnb rental. She knew no one in the province, and saw almost nothing of her newly adopted city, before closing her apartment door behind her. “Luckily there’s Google Maps, so I could explore vicariously,” she says. “If not for that, I wouldn’t even have known what the neighbourhood looked like.”

Ms. Humphries is a guest in the Atlantic Bubble – the union of Canada’s four east-coast provinces which requires visitors to self-isolate for 14 days upon entry to slow the spread of COVID-19. Late this summer, she was one of thousands of students fending off cabin fever in student residences, private apartments and – for a few lucky – more luxurious accommodations across Atlantic Canada while waiting to see what a very different kind of academic year will bring. 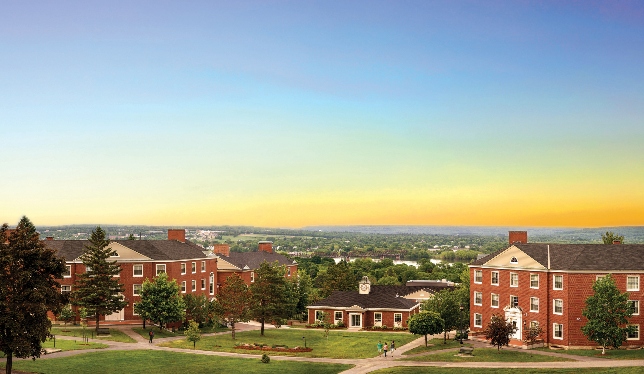 Speaking by phone from her Fredericton apartment a few days after completing her self-isolation, Ms. Humphries reflected on her unusual journey. “It’s been really challenging,” she says. “I love exploring, and I love meeting new people, and that’s how I’ve always gotten to know new places.” Even with her self-isolation complete, she says, “all of that is so much more limited right now, and it’s hard to say when it will change.”

Elsewhere in Fredericton, 20-year-old kinesiology student Hannah VanBrenk’s self-isolation in her off-campus apartment ended up being predictably “a little lonely” but mostly uneventful. She leaned on every support she had in town – friends and fellow students – to procure groceries and other necessities. The only time she set foot out of the apartment during those two weeks was to collect some IKEA furniture a friend had dropped off on the porch.

Like Ms. Humphries, she’s uncertain what the year will bring, but optimistic that the region’s low COVID-19 numbers might permit a more traditional campus experience than students in other regions will find.

There’s reason for optimism: by mid-September, it was clear the Atlantic bubble was paying off, with only a handful of active cases in the region, despite the student influx and a widespread reopening of public life and economic activity. That’s helped draw in plenty of students, including those who could have studied entirely online, in spite of the inconvenience of self-isolation.

The chance to be part of broader university community was a decisive factor for Astrid Krueger, a 20-year-old international relations student, and one of 250 out-of-region students who made the journey to Mount Allison University in Sackville, New Brunswick. She spent a week driving from Edmonton with a friend, camping along the way to steer clear of others as much as possible, before self-isolating in one of the university’s three residences.

“No one is used to spending 14 days alone, and the days really blurred together,” she says. “But there were online group chats, virtual books clubs and movie nights, and a real effort to stay social.” Students in residence were allowed staggered outdoor times (one hour for each of the three residences), creating what Ms. Krueger calls “a stereotypical movie scene of a college quad, but the 2020 version.” Think students chatting in circles, doing yoga, playing guitar – but all masked and socially distanced.

“I was quite impressed by the community built in this residence,” she says. “There turned out to be a real sense of group camaraderie in doing isolation together.”

That camaraderie is especially intensely felt in the small town of Antigonish, Nova Scotia, where St. Francis Xavier University has planned more than 70 percent of course offerings in person – one of the highest percentages of any university in the country. Here, students isolating in residence received three meals a day, and more than 260 volunteers have been dashing around town to provide off-campus students with groceries, medication and other necessities. Students here also had their pick of quarantine recreation: everything from online bingo to virtual trivia nights.

Samara Franzky, 20, studies health at StFX. Arriving from Calgary, she enjoyed a comparatively luxurious self-isolation: 14 days on a rural property on New Brunswick’s Northumberland Strait, where she lived in a small outbuilding near her family’s cottage, equipped with a patio, fridge, kitchen equipment and – critically – her own bathroom. 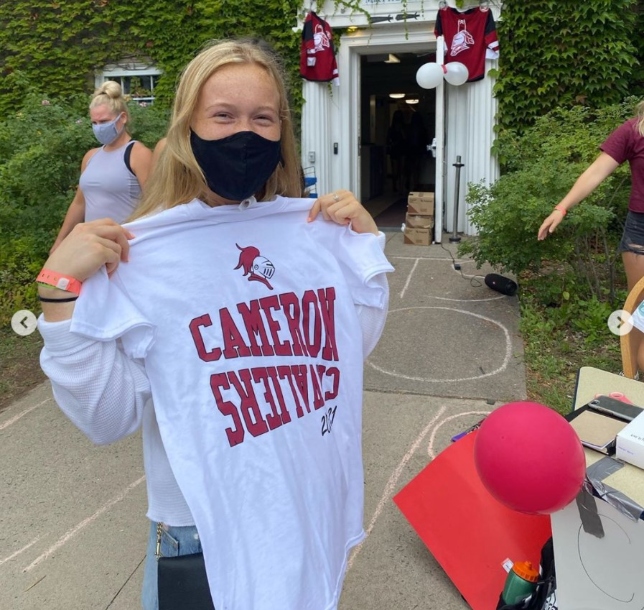 A StFX student checks in at Cameron Hall. Photo: StFX/Instagram.

Once she finished self-isolation, Ms. Franzky headed to campus and was outfitted, like every other student, with a green wristband signalling to the broader community that she’s completed her self-isolation (if coming from outside Atlantic Canada), passed a screening questionnaire and signed a controversial waiver which shields the university from liability claims related to COVID-19. With nearly 1,300 out-of-region students pouring into a small town of only 4,300 people, the community has been particularly anxious about the influx. The wristbands have been an attempt to assuage those concerns.

All things considered, the risk of introducing the virus into the region remains low. In August, a StFX mathematics professor, Ryan Lukeman, and a research assistant, Rebecca Martino, crunched some numbers. They looked at where students were coming from – Ontario, Alberta, China, India, the United States and elsewhere – and determined that only 0.518 percent of returning students could be expected to be infected. (The university appears to have beaten even those good odds, detecting no cases so far.)

Nova Scotia’s testing protocol has also helped placate community concern, requiring students to be tested three times during their self-isolation. Only a handful of cases have been identified, including one student at Université Sainte-Anne in the small town of Church Point. That student failed to self-isolate and was subsequently expelled and fined $1,000. Several students at StFX and other universities were also fined for breaking self-isolation rules. 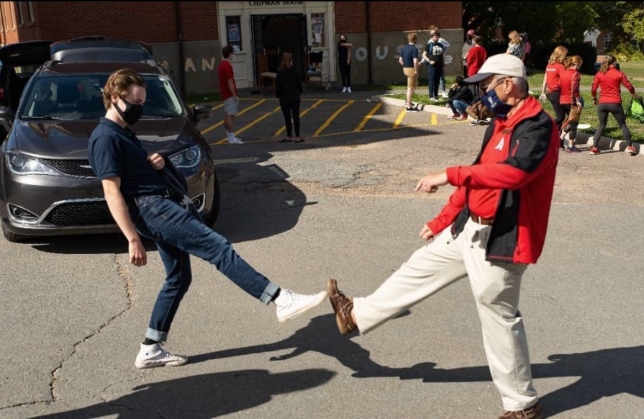 For some international students, the region’s stringent approach to COVID-19 control is a welcome change. Ohad Segev is 21-year-old from Tel Aviv studying business at Memorial University in St. John’s. “The situation in Israel is not that good, and they’re closing everything down again.” (Israel, with one of the highest infection rates in the world, implemented a second lockdown beginning September 18, confining most residents within a one-kilometre radius of their homes. The announcement was greeted with anger and widespread protests.)

Speaking after eight days of his own quarantine, with six to go, Mr. Segev says it’s been a breeze. “A bit of Netflix, some time on the phone with people in Israel, a bit of cooking. I must admit time is flying!”

Compared to the situation back home, Mr. Segev is anxious to enjoy the relative freedom of St. John’s – hiking, spending time with friends, maybe even starting a part-time job, all of which would likely be impossible back home.

At UNB, Kathryn Humphries remains similarly optimistic that as the semester fully kicks into gear, students and faculty will find a new normal, especially if the region’s low COVID-19 numbers hold out. But she anticipates that with her classwork entirely online and in-person mingling limited, staying motivated could be difficult. “Not being able to bounce ideas off peers in person or work in study groups, it’s going to be harder,” she says. “It’s not ideal for those of us who are in town and made that big move. It doesn’t seem worth it sometimes – but I’m hoping that changes.”

Hannah VanBrenk is hoping to find a new equilibrium as well. One big question hanging over the semester for her, and for most out-of-region students, is when she’ll be able to visit family and friends back home without enduring another quarantine. “I’ll do anything not to do this [self-isolation] ever again,” she says. “I think I’m just going to be set here for a while, no Thanksgiving, no reading week [back home]. Christmas will be the test – I haven’t decided.”

But with things in such a rapid state of flux, most students are just focused on what’s right in front of them. As Ms. VanBrenk says, “I really just can’t wait to start living my life again in Fredericton.”