Money was disbursed quickly, researchers stepped up, but some adjustments had to be made along the way. 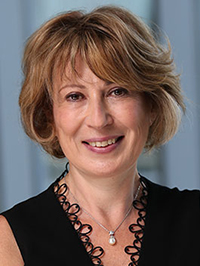 When the COVID-19 pandemic struck Canada in early 2020, the country’s major federal research funding agencies knew they would have a big role to play in the response, and they moved quickly to coordinate their efforts through the Canada Research Coordinating Committee. In a panel discussion at the 2020 Canadian Science Policy Conference, held virtually in November, the heads of the funding agencies reflected on how they have helped to support Canadian researchers in their fight against the disease, and the challenges that the pandemic has brought to the scientific community.

The first step was quickly giving Canadian scientists the resources they needed to tackle the problem. “At the beginning of the pandemic we didn’t have any experts on COVID-19,” said Mona Nemer, the government’s chief scientific advisor, who led the panel discussion. But there were plenty of researchers with relevant expertise in the medical, social sciences and natural sciences fields who were ready to pivot to take on the new challenge. 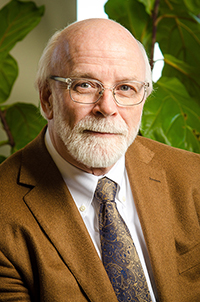 Michael Strong, president of the Canadian Institutes of Health Research and chairman of the CRCC, pointed out that the councils issued a $180-million “rapid response” open call for research proposals in February, just 11 days after COVID-19 was declared a public health emergency and a full month before the World Health Organization declared it a pandemic. “We’re now seeing some early results from the projects that were funded, which are already informing critical issues related to the pandemic in Canada and around the world, and will continue to do so for years to come,” he said.

Every scientific discipline had something to contribute, from clinical researchers, to biologists, to mathematical modellers and experts in communication. Ted Hewitt, president of the Social Sciences and Humanities Research Council, noted that in the absence of a vaccine, the primary tools to tackle the pandemic involve human behaviour and government policy. For those, “social science is essential,” he said. 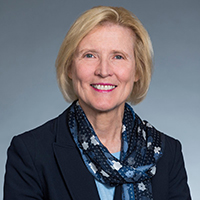 Other agencies also stepped up. The National Research Council took on the task of managing the country’s vaccine task force, and dedicated a significant amount of its resources and capabilities to work on COVID-19, said NRC president Roger Scott-Douglas. “Around one third of our researchers are currently working on pandemic response,” he said.

At the Canada Foundation for Innovation, the main focus was on delivering the funding for large infrastructure projects that researchers had been waiting on for years. “We had just received applications for our big infrastructure fund,” says Roseann O’Reilly Runte, president of the CFI. “It was the first in three years, and scientists really needed it. So we decided to do it all virtually.”

Dr. O’Reilly Runte said she is proud that the agency was able to complete its review of the applications on time, and $400 million will be distributed to 102 projects soon. And CFI was also able to offer another $28 million through its Exceptional Opportunities Fund in early November for time-sensitive, pandemic-related projects that would not require matching funding from the receiving institution, to allow work to start right away.

The panel also discussed how the pandemic has had a disproportionate effect on women and other underrepresented groups in science. “It has become clear that the pandemic has exacerbated situations of inequity for many underrepresented groups,” said Alejandro Adem, president of the Natural Sciences and Engineering Research Council. “In a crisis like this all your weaknesses come out. But we have a unique opportunity to address them at the core.” 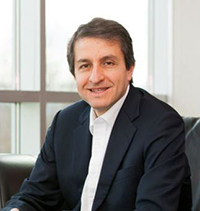 The funders are already making some adjustments to try to counter these effects. There was a marked underrepresentation of women in the first phase of the rapid response grants because of the short timeline for applications, said Dr. Strong, so the deadlines were lengthened by 10 days in the second phase, which helped to equalize the numbers.

Dr. O’Reilly Runte said CFI is looking at redesigning its calls after it noticed that women tended to work more in teams than individually. The foundation is also “making a virtue of virtual” – using technology that makes it possible for people to participate in different ways. “Are there ways that we can get more diversity through different combinations of factors?” she asked.

Dr. Nemer said that many researchers are nervous about the “covidization” of research – that money and attention will be focused on COVID-19 to the detriment of other fields – and asked how the councils were finding a balance.

Dr. Strong responded that most of the money going towards COVID-19 was from new funding, so there had been no need to pillage other programs. And many pandemic-related projects focus on fundamental scientific questions, so the strength built through them will fundamentally improve skill sets across the board.

Dr. Adem noted that “not everyone is working on COVID,” and said that NSERC had extended its discovery grants and scholarships to support the continuity of research that was disrupted by the pandemic. Around 1,500 researchers took advantage of the extension, he said.

Many on the panel also highlighted how the pandemic has brought science to the forefront of the public’s consciousness in a way that it has seldom been before, and discussed how to maintain that attention for the benefit of society. “It’s been science’s moment, but it will only be effective if we have trust, gained through openness and transparency,” said Dr. Scott-Douglas. “That requires us to be honest about the risks.”

Dr. Adem urged the audience to take advantage of the extra attention to improve the public understanding of science and to counter the misinformation that has plagued this pandemic. “As we think about what it means to ‘build back better,’ let’s leverage this massive science lesson to foster a broad-based culture of science in society that acts on evidence and rejects misinformation,” he said.