The Interior University Research Coalition in B.C. launched late in 2017.

The coalition’s partnership office is led by executive director Janice Larson, a veteran of the B.C. government. She notes that individual researchers had been working together informally between the universities for years prior to the IURC. When one of these tri-university teams applied to the Canada First Research Excellence Fund, it motivated the universities to take their relationship to the next level.

“They came within a hair’s breadth of receiving that funding,” Ms. Larson says. “It really catalyzed the realization that we could and should be joining forces in a strategic and deliberate way.” 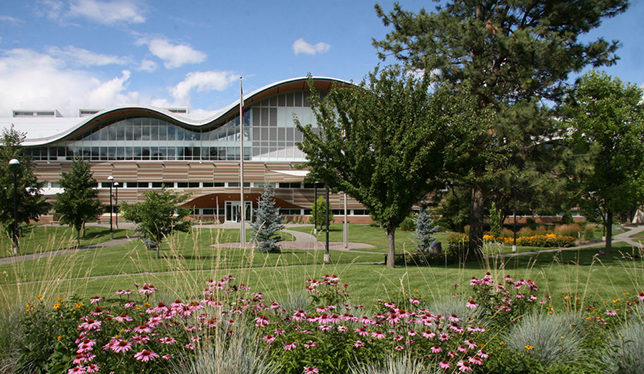 Ms. Larson’s office has prepared a list of shared assets and inventory across the universities, and has identified four fields of shared research strength as a starting point for coalition’s activities. (Briefly, these research areas are the environment and natural resource management, community health, regional planning and development, and Indigenous studies.)

It’s still early days for the coalition, but Ms. Larson says that she’s already started work that would benefit faculty and graduate students, such as adjunct appointments across the three campuses, co-supervision options, and a space online for collaboration and communication.

She says the partnership office is also already helping to “deploy” research funds in a way that plays to each university’s strength. In January, the province announced that the IURC partners would receive a combined $1.4 million for 500 new spots in tech programs. At TRU, the funding has been earmarked for new academic and co-op programs in software engineering. UBCO will put the money towards a new manufacturing engineering program and an existing computer science program, while UNBC will develop civil and environmental engineering degree programs.