U Sports revises equity policy to include transgender student athletes

The updated policy broadly supports the inclusion of trans athletes in university sport, but critics still have some concerns.

The governing body of Canadian university sports, U Sports, released a policy late in 2018 stating that trans athletes can participate on varsity sports teams that correspond with their sex assigned at birth or with the gender they now identify with. The new policy took more than two years to craft by the U Sports equity committee, in consultation with the Canadian Centre for Ethics in Sport, and came into immediate effect at its 56 member institutions.

The new regulations around trans student athletes are part of an updated equity policy. Prior to this update, the organization did not have a formal position on the eligibility of transgender student athletes in university sport, where most programs and leagues are organized by gender. The revised policy now broadly affirms and supports the inclusion of trans athletes in university athletics programs. However, critics have voiced some concerns around a few key points.

For one, the regulations state that transgender student athletes will be expected to comply “at all times with the Canadian Anti-Doping Program.” This worries Charlene Weaving, a professor of human kinetics at St. Francis Xavier University who researches doping and gender in sport. She says the policy must be flexible enough so that transgender students who are transitioning with the help of hormone therapy would not be ineligible to play due to rigid anti-doping guidelines that penalize high testosterone levels in athletes. There is no scientific evidence correlating higher performance levels with increased testosterone, she notes.

In response, David Goldstein, chief operating officer of U Sports, clarifies that eligibility decisions and appeals requiring drug testing would be handled by the Canadian Centre for Ethics in Sport, which regulates anti-doping rules in Canada under the Canadian Anti-Doping Program. The CCES monitors the World Anti-Doping Agency’s list of prohibited substances and may issue a “therapeutic use exemption” for athletes who medically require a banned treatment.

The U Sports policy also states that trans athletes may only compete on “sports teams of one gender during a given academic year.” Jacob Roy, a student at St. Thomas University and a trans activist, points out that no transgender or queer individual’s experience is identical and that an athlete’s gender identity may not remain the same over the school year. 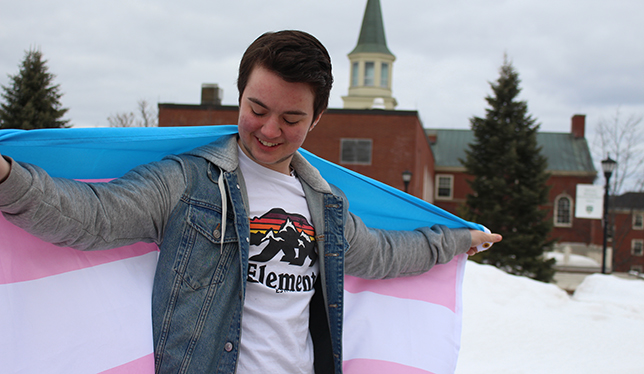 Mr. Roy has previously competed in rugby, soccer, diving and track and field. In 2017, he recounted to the CBC his experience of being rejected for men’s teams at the University of New Brunswick as he started his transition due to his testosterone use. He left UNB for St. Thomas and had hoped to play there, but he recently told The Brunswickan student newspaper that the new environment didn’t prove any more welcoming.

Mr. Goldstein says the new U Sports policy was crafted with the understanding that trans athletes have different journeys, some of which include gender reassignment and medical intervention. He notes that if the athlete was flagged for some reason, any medical review would be carried out in the same way as it is for athletes using other restricted medications, including those for treating ADHD, asthma or even hair loss.

Both Dr. Weaving and Mr. Roy believe that education will be crucial to ensure that the updated equity policy is consistently implemented across Canadian universities. Mr. Roy stresses that training for coaches, athletic administrators, instructors, team volunteers and student athletes on trans inclusion, equity issues and inclusive language would help to create more inclusive spaces for trans athletes in varsity programs. Equally important, he adds, is that “coaches and athletic departments are following the lead of trans athletes. Not all athletes are going to be openly visible, so it is important that confidentiality be maintained when necessary and that coaches are reaching out to see what concerns or needs athletes may have – as they should for all athletes.”

Mr. Goldstein says U Sports is crafting an educational manual with FAQs, best practices, tools and recommendations for everything from safe locker rooms and athletic spaces to heckling fans. The information will be available to all athletic departments, coaches, staff and athletes. The U Sports COO points out that while his organization “sets the standards and makes suggestions,” each university has autonomy over how it runs its athletics programs. “This [policy] is student-athlete-friendly, progressive and inclusive in the sports landscape. Athletic directors were unanimous in their support of it,” he says.

He also notes that many national sports federations, like the National Collegiate Athletic Association and even the International Olympic Committee, do not yet have equity guidelines that are as inclusive and thorough as the revised U Sports policy. Still, he says, the organization is “open to criticism.”

For his part, Mr. Roy laments that trans athletes were not consulted by U Sports during the policy review process and hopes that the regulations around transgender inclusion will be reviewed regularly. He notes that although the updated policy came too late to make a positive difference to his experience in university sport, he says the new regulations reflect a “tipping point” for transgender visibility in Canada. Policy changes affirming the rights of transgender people in Canadian institutions – including amendments to the Canadian Human Rights Act and the Criminal Code in 2017 to include gender identity and gender expression as protected categories against discrimination and hate crimes – prove that “transgender and queer identity is still very much political.”