The Syd Bolton Collection is the biggest known video game archive in Canada.

A recent acquisition of one of the largest video game collections by the University of Toronto Mississauga (UTM) could be key to propelling a unique field of study forward in Canada.

The Syd Bolton Collection contains more than 14,000 video games, hundreds of gaming consoles and systems, thousands of gaming magazines, as well as other literature and technology. Games in the collection run the gamut from classics like Duck Hunt to global blockbusters like Call of Duty.

Donated to the university by the widow of game collector Syd Bolton, the collection holds the promise of improving curriculum and scholarship in game studies, according to the curator of the collection, Chris Young.

“The primary goal of acquiring this collection was to support students,” said Dr. Young, who is also head of collections and digital scholarship at the UTM library, and an instructor who teaches a graduate course in critical game studies. “But at the same time, we have a responsibility to make sure that other researchers, institutions and the wider public who want to interact with these historical objects have access to them.”

Game studies is a relatively young academic discipline – having formed about two decades ago – and is widely viewed as an interdisciplinary field. At UTM, there are courses on video games in the department of English and drama, and in the institute of communication, culture, information and technology. The former might shine light on the literary history of video game storytelling and world-making, for example, while the latter might consider how the global gaming industry represents gender and sexuality. The university has yet to offer a minor in game studies, although that could happen within the next year or two, according to Dr. Young. 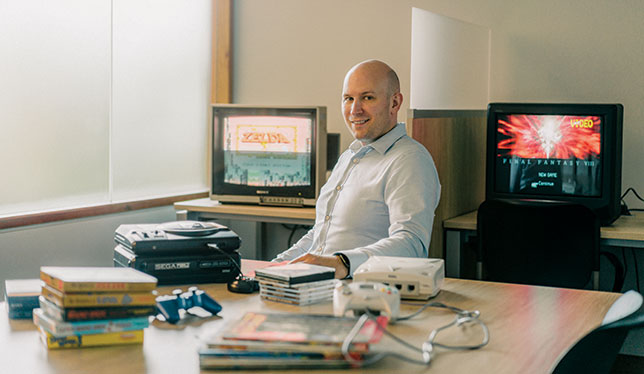 The Syd Bolton Collection is intended to be a physical, interactive archive that not only enhances game studies curricula, but also provides new material for other disciplines. “This is a resource that can be integrated into [a variety of] research,” said Dr. Young, who has been consulting with faculty members in anthropology, sociology and computer science. Even economics researchers could find scholarly potential in the collection, he noted. “The digital cryptocurrencies we have today, a lot of those were developed for video games like World of Warcraft over two decades ago,” said Dr. Young, “so there are many angles for faculty to engage with.”

For Felan Parker, an associate professor in the book and media studies program, one of the most valuable aspects to the collection is the accompanying literature (ex. gaming magazines, instruction manuals) to the game titles. Instead of simply playing the games or studying consoles from a design perspective, such literature provides context for how the game was received by the gaming community and wider public at the time. “You can get the larger social, cultural, political and economic context,” said Dr. Parker. 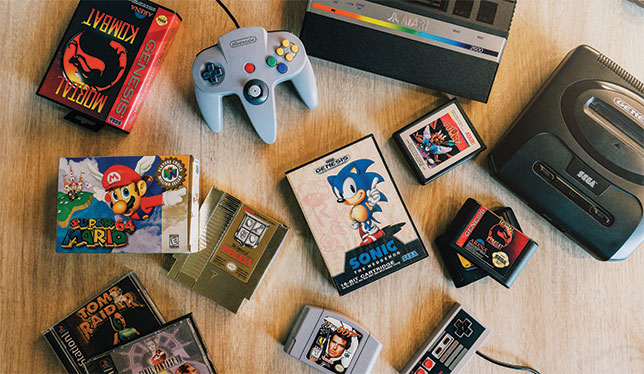 Before being transferred to the university in 2020, the collection was housed and made publicly accessible at the Personal Computer Museum in Brantford, Ont., which was founded and curated by Mr. Bolton. It closed its doors following his death in 2018. When Mr. Bolton’s wife reached out to UTM to donate the collection, she sent a clear message that the same philosophy of preservation and public access be maintained by the university.

While it is likely to take about a year before all the consoles are catalogued and listed as available on the library website, Dr. Young encourages researchers, students, members of the local gaming community and the public to reach out if they are interested in a specific title. The UTM library has even set up designated video monitors for users to play and study the games on site.

Now that the collection has been established at UTM, Dr. Young and his team plan to keep acquiring material, filling in research gaps, and enhancing the collection to support scholarship and learning going forward. Being able to do so, he said, is a privilege.