Varsity sports on the starting blocks

All four regional conferences in Canadian university sports have announced league and championship schedules for the 2021-22 season.

Kavie Toor says he landed his dream job in March 2020 when he was named managing director of athletics and recreation at the University of British Columbia and took the helm of the UBC Thunderbirds, one of the biggest and most successful varsity sports programs in Canadian university history.

But he has yet to see any of the T-Birds’ 26 teams and 700 student athletes compete under his watch, which began just a day before a province-wide state of emergency was imposed as part of the worldwide COVID-19 pandemic.

“There was no transition period, we went straight into crisis mode,” recalled Mr. Toor, who was also named to the task force that UBC created to deal with the public health crisis. “Right away we cancelled schedules of teams in the middle of their seasons. Then the fall season was cancelled, then the winter season again. It’s been an absolutely crazy year.” 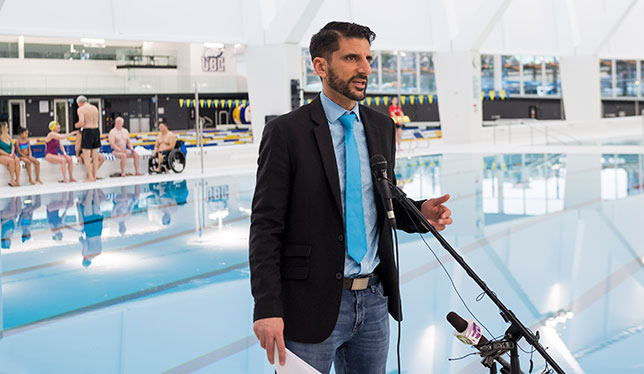 But as the pandemic fades and universities plan for a full or at least partial in-person return to campus this fall, Mr. Toor hopes to finally see his beloved blue-and-gold teams back on the playing field.

In recent days, all four of the independent, member-driven regional associations or conferences to which Canada’s 56 member universities belong have announced league and championship schedules — albeit with some COVID-19-related restrictions — for the full 2021-22 season.

Similarly, U Sports, the national governing body of Canadian university sports, has announced dates for national championships for most fall and winter sports. The fall sports include soccer, rugby, cross country running, field hockey and football, with the Vanier Cup set for Dec. 4 at Université Laval in Quebec City. Winter sports include volleyball, basketball, swimming and hockey.

“Having no sports and recreation has been hard on everyone: alumni, students, the community – but especially coaches and student athletes whose sporting careers are short,” said Mr. Toor. “It’s been a long timeout and everyone is anxious to compete again.”

That sentiment is being echoed in university sports departments and sporting bodies across Canada. “We’ve been working for months with our conference members to get schedules ready for a return to play,” said John Bower, director of marketing and communications at USports. “The trick has been to make schedules that give sport programs a chance to get up and running and student athletes time to prepare properly to compete again.”

“Camps that normally start in mid-August have been pushed back to early September, when the regular season usually starts, in order to allow athletes time to prepare and deal with any COVID[-19] self-isolation issues,” said Mr. Bower. “Because conference schedules are made working backwards from the set dates of national championships, the numbers of regular season games and playoff games have been compressed.”

At the conference level, the impact of the pandemic on the coffers of varsity sports programs, which are largely funded by student fees, facility rentals and summer camps, together with the fluidity and potential volatility of the ongoing public health crisis, has led to an increase in regional scheduling to help reduce both travel costs and the potential exposure of student athletes to COVID-19.

The OUA, for example, has divided Ontario into roughly equal halves, with teams playing in two or three divisions, depending on the sport, within their geographic area. “We’re doing a bit like the NHL did this year,” said Gord Grace, president and CEO of the OUA, which includes 20 universities, 23 sports and more than 10,000 student athletes, making it the largest university sports conference in North America. “There is some unevenness in the sizes of schools and the competitive level. But everyone understands that this is what we need to do in order to resume competition.” 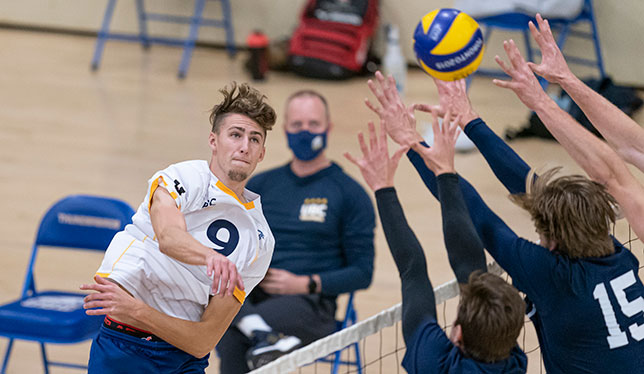 Rocky Olfert agrees. “Right now, all lights are green for a return to play and everyone – athletes, students, alumni, schools and sponsors – are chomping at the bit,” said Mr. Olfert, managing director of the 17-member Canada West conference. “But it has to be done in a safe and feasible way.”

That’s the main reason, he added, that CW has announced a blended fall schedule in which most of the 211 varsity programs and 3,500 student athletes in 14 sports will play 80 per cent or more of games within their province or region, the exceptions being hockey and football, which require more extensive travel.

Though most conferences are hoping and planning to have fans in the stands, the final decision will be up to provincial health authorities. In Quebec, for example, where the RSEQ has announced a full slate of regionally-restrictive fall schedules for sports at all school levels, including a full eight-game season for university football starting Aug. 28, the provincial government has not yet given its blessing for public attendance at student sporting events.

For his part, Tim Maloney, executive director of athletics and recreation at Dalhousie University in Halifax, is both hopeful and confident that his school’s 300 student-athletes on 16 varsity teams will be back competing against their rivals in the 11-university Atlantic conference come fall.

“It’s a sign of normalcy that people are craving for, especially our student-athletes,” said Mr. Maloney, a former student-athlete himself. “The pandemic was a huge test of their character and resilience. I think it helped to reinforce the importance of sports in their lives by providing structure and connections with coaches and teammates at the pool or gym or track. I’m excited for them as they prepare to make a return to competition.”