With her move to the University of Calgary in December, the multidisciplinary artist adds “tenure-track professor” to her feats.

Vivek Shraya may be the first faculty member at the University of Calgary to get in with a Whitney Houston cover. At the end of a three-month interview process for a tenure-track job as assistant professor in creative writing, the Alberta-born multidisciplinary artist faced a faculty-wide presentation for which she had no idea what to prepare. Should she quote theorists? Judith Butler, maybe? A friend in academia gave her one piece of advice: stay in your lane. So, Miss Shraya opened by singing Houston’s version of the ballad “I Will Always Love You,” presented a poem from her collection, even this page is white, and read from her children’s book, The Boy & the Bindi. “At the end of the day,” she says, “that’s who they hired.” 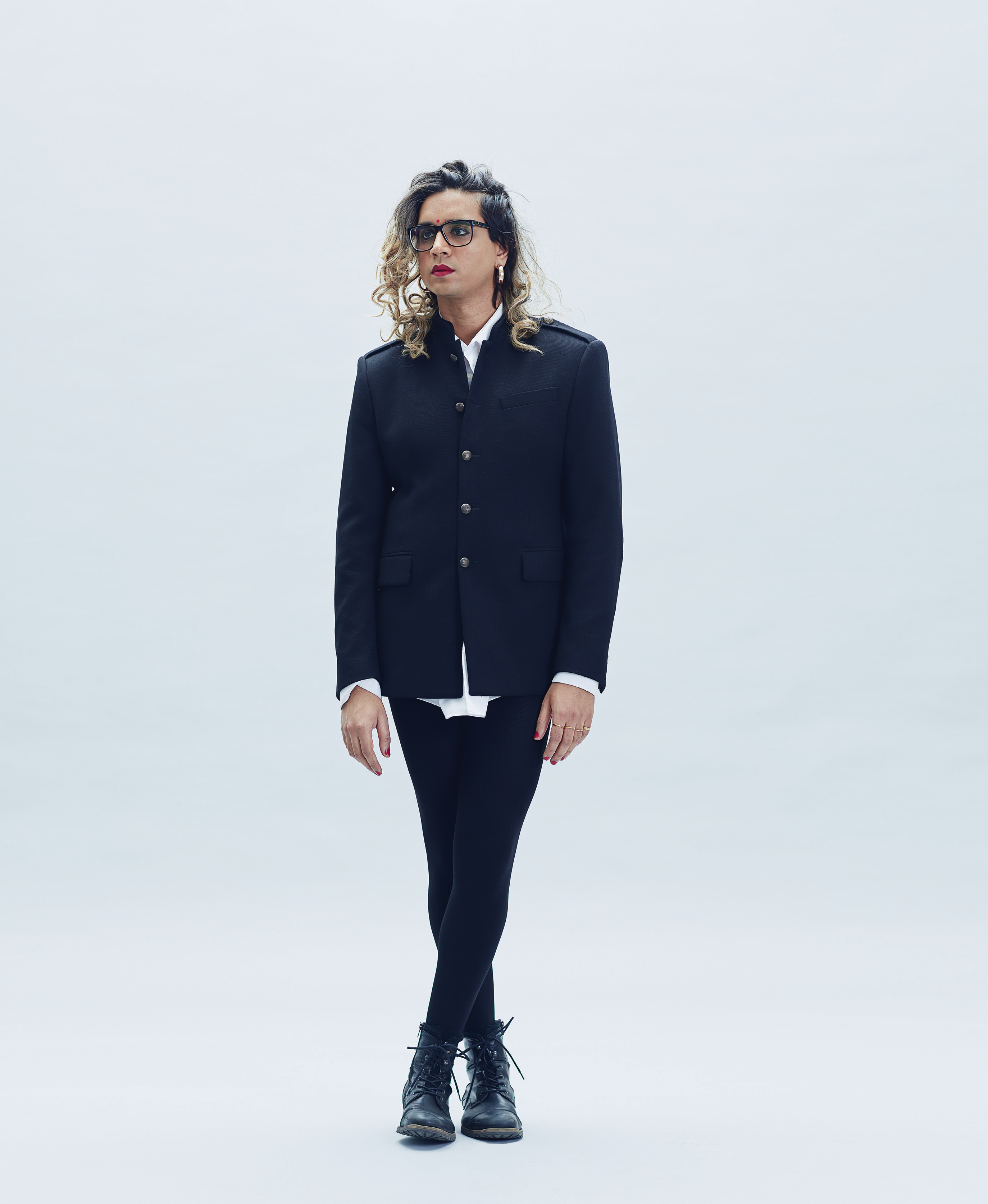 That’s who they wanted. The head of U of C’s English department, Jacqueline Jenkins, says Miss Shraya’s eclecticism was her principal appeal. “In particular, her specialization in children’s and young adult literature was a huge attraction for us, as well as her ability to write across a number of genres,” Dr. Jenkins says. Miss Shraya is one of those indefatigably prolific artists who never seems to sleep. She is half of the band Too Attached and released the album Part-Time Woman with the Queer Songbook Orchestra last summer. She’s also behind five short films and a handful of visual arts projects, and has published five books – a novel, a children’s book, an essay collection, a short story collection and a poetry collection – in as many years. Her next book, the non-fiction title I’m Afraid of Men, will be published by Penguin next fall. Last summer, she even launched an imprint with Arsenal Pulp Press, Vs. Books, which includes a mentorship and publishing contract for young Canadian writers of colour. (On the question of sleep, she assures me that she does, and that it’s anxiety that tells her she “must keep working, must keep doing, must keep producing. Must keep.”)

Serendipity led to Miss Shraya applying at U of C. English professor Derritt Mason had invited her to his class — he was teaching one of her books – and mentioned the school was hiring. Miss Shraya had just completed a master’s at in gender and feminist studies at Toronto’s York University precisely to take advantage of opportunities like this. And yet, “I didn’t really think I had a chance in hell,” she says.

Miss Shraya says she’s thankful to the academics who support her work by teaching her books and sees her new position as a chance to extend that favour to other marginalized artists. “I have a not-so-secret agenda of amplifying the works of racialized writers,” she says. “That would be my agenda in all of my classes, how to introduce as many underrepresented voices as possible.”