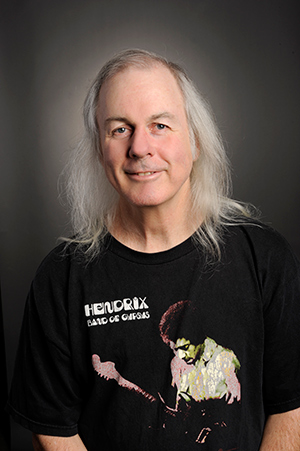 In nearly five decades as a music writer and scholar, Rob Bowman has had his share of career highs: in 1979, he pioneered the study of popular music in Canada while teaching at York University – where he remains one of the most well-liked instructors in the school of the arts, media, performance and design; his novella-length liner notes and co-production credits on historical reissues and compilation albums has earned the ethnomusicologist several Grammy nominations and, in 1996, one win. His latest Grammy nomination, his sixth, comes for work on Best Historical Album contender Any Other Way by 60’s R&B singer Jackie Shane – a project that Dr. Bowman says was a long time coming.

“I started writing for magazines in November 1971, and Jackie Shane left Toronto in December ‘71, so I just missed her,” says Dr. Bowman, of nearly crossing paths with the legendary R&B performer in her prime. “I didn’t get to see her, but I’d heard about her from everybody.”

Dr. Bowman would get his chance to meet Ms. Shane some 45 years later, when he was tasked by record company Numero Group with writing the 20,000-word liner notes for Any Other Way, a retrospective of the singer’s work. (He also served as co-producer on the album after helping uncover some never-before-heard live recordings.)

An openly transgender artist at a time when being so was immensely dangerous, Ms. Shane made her way to Toronto in the 1960s and performed along an intensely tight touring circuit consisting of Toronto, Montreal, Boston and Los Angeles. Her hit single “Any Other Way” and her uninhibited performance style gained major recognition in the cities she frequented.

Though Ms. Shane would never return to Toronto after 1971, and stopped performing altogether, her reputation would loom large over the city’s music scene and in the minds of fans and music collectors for years to come. “In the intervening time many people thought she’d died, or that she’d never be found, and even when she was located, she refused to talk to anybody,” Dr. Bowman explains.

Thanks to the terms of Ms. Shane’s agreement with Numero, the researcher had access to the source herself. He spoke with her for some 33 hours of recorded interviews, and another 60 to 70 hours off the record. Still, being able to corroborate Ms. Shane’s stories was a massive undertaking.

In one instance, Ms. Shane said she initially arrived in Toronto as a part of a carnival travelling through Cornwall, Ontario. “So to date this damn carnival I phoned the Cornwall Public Library, and they sent me digital copies of the newspaper for a two-to-three-year period so that I could personally search and find when that carnival was,” Dr. Bowman says.

When he couldn’t pin down her timeline with information supported in the historical record, he turned to interviews, finding Ms. Shane’s contemporaries from the R&B scene in Nashville, where she got her start, or even performers who had been in that elusive carnival with her. “I also did a lot of work [in Toronto], to find people who’d seen her live, and talked to them to get a sense of what she was like and what [she] meant to them. … It’s an interesting part of Toronto’s history that we don’t tend to know about or people don’t tend to write about,” Dr. Bowman says, explaining that he sought out a cross-section of the city’s white, Black and queer communities to make sure their perspectives on the era were represented.

On having his research reach a wider audience thanks to its recognition by the Recording Academy and the Grammys, Dr. Bowman says: “I always try to publish my research in public forums. Academics who do not communicate with the larger public are not doing their full job. You can publish in a peer-reviewed journal, which maybe 200-500 other academics will read, but you can communicate the same level of depth in public forums and reach thousands of people.”

Listen to some of Jackie Shane’s music: