Sometimes refraining from speech is good

If no one listens, no ideas are exchanged. And to listen, one must be quiet.

As an undergraduate doing a major in Russian, one of my favourite poems was Fyodor Tyutchev’s “Molchanie.” The Russian word, molchanie (pron.: mol-chan-i-ye) is often translated into English as “silence,” but that’s not quite right. Silence can occur quite naturally, independent of whether there are human beings in the vicinity. But molchanie refers to the silence of not speaking – like a vow of silence, or silent meditation, or like what happens when one Francophone tells another “tais-toi!” … or perhaps like the hush that falls over an audience before a musical performance begins. Molchanie is the silence that comes of actively refraining from speech. Perhaps the best translation is “hush.”

Basically, all of “Molchanie” is Tyutchev telling the reader to be quiet. Here’s the first stanza:

Speak not, lie hidden, and conceal

the way you dream, the things you feel.

Deep in your spirits let them rise

akin to stars in crystal skies

that set before the night is blurred:

delight in them and speak no word.

I keep thinking about this poem lately. Here’s why.

Over the last couple of years, as the latest round of campus culture wars has heated up, there has been increasing discussion of self-censorship. Both professors and students – some of them at least – claim to self-censor because they are afraid of the possible consequences of some controversial speech. These possible consequences include ostracization, formal disciplinary action, harassment in media or on social media, and (for students) lower grades.

At February’s Harry Crowe Foundation Conference on academic freedom, political scientist Jeffrey Sachs from Acadia University shared concerning data about students who claim to have self-censored in class. In both the Q&A and some of the “water cooler” chats that followed Dr. Sachs’s talk, I heard several people (full disclosure: I was one of them) trying to parse the difference between self-censorship and other forms of refraining from speech.

The term “censorship” has a negative valence, and so self-censorship is by definition a bad thing. But there are lots of times when refraining from speech is not bad, but rather good or neutral. Tyutchev’s poem, while a bit more high-flown than most classroom interactions, provides one example. On Tyutchev’s account, some experiences are inexpressible in words. When we try to express them, we not only fail in the attempt, we also ruin the mood such that we can no longer take the same delight in the experiences.

Have you ever been in the presence of natural beauty with a companion who just wouldn’t shut up? Like Tyutchev, you might be inclined to say, “Hush. Let’s pay attention to the view.” On Tyutchev’s account, the wise person learns when not to speak. A university classroom isn’t exactly the Grand Canyon; still, there are often good reasons to hush oneself in class.

We are often told that a free exchange of ideas is essential to the university. This exchange is often characterized in terms of speech alone, with no mention of listening. But without listening, speech would be pointless. If no one listens, no ideas are exchanged. And to listen, one must be quiet.

Every postsecondary instructor has had students who always have their hands up, who always have an opinion or an answer at the ready. (I get it. I was one of those students.) Over time, most instructors develop strategies to ensure that these students – wonderful as they often are – don’t dominate the discussion to the exclusion of other, quieter students. The whole class benefits when more students are able to participate.

It’s not only students whose silence contributes to the learning environment. As an instructor, in every single class that I teach, I refrain from contributing some fact or another that is germane to the discussion. Sometimes, I refrain because I want the students to figure the thing out for themselves. Sometimes, I see that the work they need to do lies in a different direction than the one I had planned. Sometimes, I decide that it is more appropriate to centre on the students’ perspectives than on mine, or that it would be good for a student who has engaged with a topic with passion to have the last word. Every single class I teach, I silence myself. However, none of these examples is an instance of self-censorship.

Outside of the classroom, people silence themselves in harmless, non-censorial ways all the time. Frequently at meetings, a participant wants to say something but refrains because it will take the group off track or won’t improve the quality of the group’s deliberations. We often resist the urge to say something in order to avoid hurting someone’s feelings. Remember what your mom told you: “If you can’t say something nice, don’t say anything at all.” Mom’s advice doesn’t hold in all contexts, but most of us follow it some of the time, and it’s a good thing that we do. Further, sensible people choose to do more listening than speaking when they are novices in a domain, or when they are ignorant of the topic under discussion.

All of the voluntary hushing I have just described is in fact an aspect of freedom of expression. The freedom of expression is the freedom not only to say what one wishes to say, but the freedom to remain silent if one wishes. We get a hint of this two-sided character of expressive freedom in the protests by some prominent free speech cheerleaders over “forced speech” in the case of non-binary pronouns or territorial acknowledgements. I think that there is more heat than light in these complaints. Nonetheless, the conception of “forced speech” reveals that the right to be silent is part of expressive freedom.

I have here painted much self-silencing as benign. I have done so in order to drive home the point that the mere fact that a student or professor has silenced themselves in class doesn’t establish that anyone’s expressive or academic freedom has been compromised. It is often quite the contrary, in fact. That said, an emerging literature (see, for instance, philosopher Kristie Dotson’s influential work on epistemic violence) documents the degree to which minoritized people (women, racialized or Indigenous people, disabled people, and LGBTQ+ folks) when they are not left out of the conversation altogether are punished when they speak. This leads to self-censorship among the very people who are already underrepresented in the classroom – and beyond.

And, of course, some people who exercise too little restraint in their speech get shushed and then get mad about it. And most of us seem to think that’s appropriate from time to time. Recently, on the popular television program, Game of Thrones (don’t worry; no spoilers here), a character chastened her bloviating uncle with a quiet, “Uncle? Please sit.” The alacrity with which that line became a Twitter meme shows that we’ve all been there. 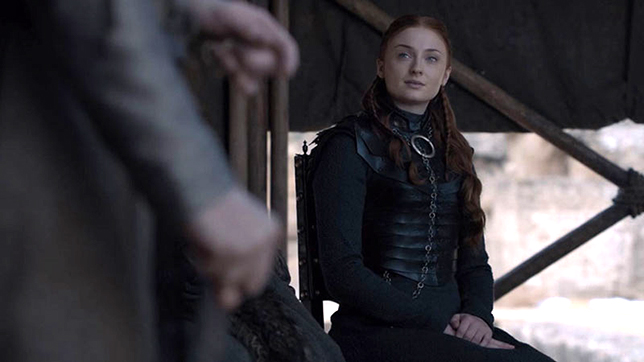 When speakers are not mindful that they are out of their depth or have taken more time for their speech than they have left for others, it is appropriate for other people to gently encourage them to pipe down. Eventually, some such speakers – our students and colleagues included – learn to hush, unbidden. This isn’t censorship. It is wisdom.