Lessons from Iran: when academic freedom is undermined, fear reigns

A physicist who now works in Canada recounts being arbitrarily fired from his teaching position in Tehran.

Qasem Exirifard is a physicist who made headlines six years ago when he was dismissed from the Khajeh Nasir Toosi University of Technology in Tehran. That’s because the Supreme Council of the Cultural Revolution, which is in charge of assessing the qualifications of scholars to continue teaching in Iran, had decided that the pitch of his voice was too high and “effeminate.”

Today, Dr. Exirifard is a research associate in the department of physics of the University of Ottawa. Recently, he recounted the bare facts of the Kafkian situation that brought him to Canada.

The Iranian constitution, which was created in 1979 and amended in 1989, states that the country is an Islamic Republic whose state religion is the Twelver Ja’fari School of Shi’a Islam. According to Minority Rights Group International: “It sets out the framework for a theocratic system of governance based on the principle of velayat-e-faqih (guardianship of the jurist), in which the Supreme Leader holds ultimate authority,” Being a theocracy, the central government exercises strong control over the educational system. It finances, administrates, and supervises elementary, secondary, and higher education, including curricula creation and professor training.

All policies and regulations relating to education are directed by The Supreme Council of the Cultural Revolution (SCCR), a body appointed by and reporting to Iran’s supreme leader. The main objective of this council is to bring education and teaching into conformity with what it considers to be authentic Islamic principles.

As Amnesty International has pointed out, the SCCR has instituted increasingly stringent rules for universities in the country: “In 1998, the SCCR approved a set of “Principles Governing the Islamic University;” these declare that “monotheistic insight,” “spirituality” and “ethics” should guide all aspects of universities. Two years later, the SCCR approved a set of “Strategic Policies for Islamicization of Educational Centres” based on SCCR-prescribed principles. “Action plans” developed alongside these strategic policies called for the promotion of “Islamic faith and belief among students” in higher education and the recruitment and selection by universities of “merited and pious professors” who adhered to the “fundamentals and ideals of the Islamic Republic.” A system of disciplinary vigilance, control and punishment was put in place in every university, led by campus-based security units and disciplinary committees to effectively comply with the “strategic policies.”

‘I did everything I could’

This is the educational system in which Dr. Exirifard began teaching at Khajeh Nasir Toosi University of Technology in 2014. But his contract was not renewed after his first year, on the grounds that his voice would lead to ridicule in the classroom. Yet no students had made any comments about it.

After losing his position, he started to teach physics in the streets; between 2015 and 2016, he taught a total of 1,400 hours to whoever wanted to learn about the laws of the universe, quanta, the theory of relativity, and other subjects. It was a form of political protest, in a country where protesting is not tolerated. He also went to the courts to challenge the decision of the council. But since the judges are not independent in Iran, the tribunal decided in favour of the SCCR. He was banned from teaching in Iran. “I did everything I could,” he said, “but I was unable to get my job back and I was at risk of going to prison because of how the system works.” He left the country in 2019, going first to Italy and then to Canada.

When asked about the details surrounding his dismissal and its broader implications, Dr. Exirifard insisted on being more interested in his current work, which has resulted in publications including one written with colleagues from U of Ottawa, professor Ebrahim Karimi and graduate student Eric Culf, entitled Towards Communication in a Curved Spacetime Geometry. He also recalled the answer he gave concerning his religious beliefs and the place of God in his physics courses, during a moral and religion evaluation in Iran: “I am just a physicist, a man of knowledge, a scientist. I only teach about physics. I am not a leader who tells people what to think.”

Dr. Exirifard prefers to stay away from controversy on matters of academic freedom in his adopted country as well. He spoke about the advantages of living in a society where views can be expressed openly and debated. “I appreciate living in a democratic country where science is respected,” he said.

The role of the academic community 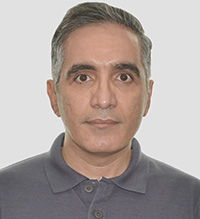 Dr. Exirifard’s case is unquestionably a violation of academic freedom according to international standards, including those set out in the United Nations’ Report of the Special Rapporteur on the Promotion and Protection of the Right to Freedom of Opinion and Expression in October 2020. The government of Iran has been failing to protect higher education institutions as safe environments for seeking, receiving and imparting information and ideas. University autonomy is at risk in Iran due to the constraints of a theocratic regime.

However, there is an additional problem. The Iranian government is also weakening the academic community in order to censor possible detractors and exert greater control over knowledge. Indeed, Dr. Exirifard claimed he has received “a huge amount of support” from colleagues and students in the aftermath of his dismissal, but “there is a difference between personal support and collective support,” he said.

“At one moment, during the fight I had in court, I needed professional backing from the Physics Society of Iran saying that I indeed can teach physics, but the society abstained from providing their professional view. They did not want to contradict the evaluation from the university, the council, and the ministry, although I was a long-time member,” Dr. Exirifard said. “If they had provided me this support, I would have a good chance to get my job back.”

When an academic community is put at risk, social capacities are undermined. Academic communities are key to protecting individual freedom and progress due to their abilities to question, innovate, find solutions, research, and debate. And that is true in Iran, in Canada and everywhere in the world.