There’s nothing like the perspective of distance to bring murky issues into focus. I was able to re-discover this recently when I (unexpectedly) ended up spending two weeks in New Zealand, where I travelled on short notice to attend my father’s funeral, then visited extended family afterwards.

The 36 hours preceding the trip were a stressful whirlwind of organization – finding a plane ticket, organizing a new passport, and scheduling – and ultimately I made it to my destination with only 3 ½ hours to spare. But once I arrived, I was fairly quick to “disconnect”. For me, New Zealand is a happily distracting environment full of familiar sights and sounds and smells (umbrella-like ponga ferns; chatter of tui; the distinctive tang of sulphur and seasalt). Since I don’t get much time either at home or with family, I wanted to enjoy it while I could. 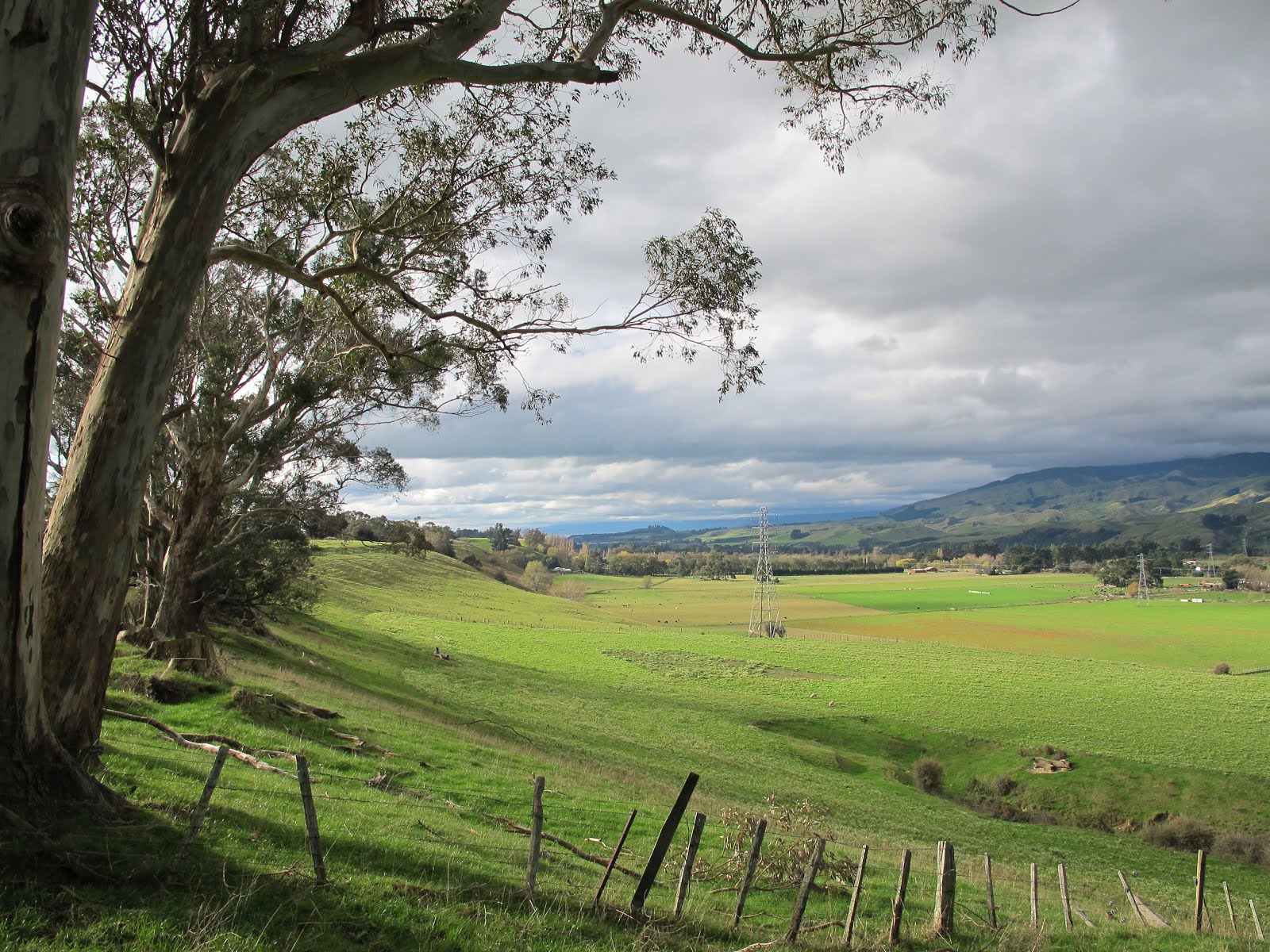 In spite of the disconnection, I still didn’t feel cut off. It was more like I’d entered a parallel dimension through which events that would normally be of significance to me were made visible only via my periodic glances at social media networks. Even though I hadn’t lost access and could still participate on the same terms, Twitter (and Internet conversations in general) became more like a spectacle viewed from afar, and the separation was caused not only by time and space but also by immediate events.

One morning as I was watching the tweets roll down the page, I saw someone share a link to a blog post about how to write “productively”. In the moment it struck me that every time I see these kinds of posts, I feel a pang of guilt that I am not particularly “productive” in comparison to so many others I know. Not only do I write slowly, I also read slowly. It’s not an issue of comprehension, but one of constant cognitive overload, a sense of “too much” that can be hard to explain or tame. Of course I have strategies to deal with this, but I’m still well aware of how much it slows me down.

As for the trained guilt reaction: it’s no coincidence and it highlights a couple of things, one of which is the comparative aspect of (ongoing) evaluation. If I know I’ll always be compared to other people, that this will be the context of my work, then I begin to compare myself to them. For those trying to gain a foothold in academic work, self-regulation in a competitive environment means knowing we can and should always be doing more – “producing” more – in order to compete with others for scarce resources (such as long-term academic positions).

The point about the concept of “productivity” is that it isn’t merely about getting things done, or doing a lot. Most of us want to do things in life; we might want to create what doesn’t yet exist, or perhaps demonstrate how what is now could or should be changed for the better. Many of us have goals and aspirations, ambitions we want to fulfill, and we’re willing to work hard to make that happen.

But productivity, as a goal, is about governance of a particular type. As I’ve said repeatedly in previous posts, I pay a lot of attention to language and to the roots (etymological, historical, cultural) of the words we so often take for granted. Productivity isn’t just about making things, it’s a concept that’s part of a larger system; it’s an economic concept, one that denotes a relationship between inputs and outputs. This is how efficiency is measured, so to be put to use “productivity” needs to be demonstrated in terms that work for the model of governance being used.

I think there is a problem with taking at face value a term that brings this kind of focus to outputs over process. And while a critique of the use of “productivity” as a concept applied to academic work (and “creative”) work more broadly) is not a direct critique of the culture of over-work and “busyness” per se, it relates to that directly. It’s not a call for everyone to do less. Similarly, rejecting “productivity” as a concept is not at all the same as being lazy or lacking ambition. It doesn’t mean we should do nothing, it just means we should think about the context of doing and the rationales we’re providing ourselves for the work in which we engage.

With regards to the demand for productivity, academe is no different from other sectors of the workforce, but the nature of the work involved means that the effects are different. This points to the question of whether we can govern creativity, or work that involves a creative (thought) process, with managerial logic wherein measurable outputs are the focus. Can we systematize what is so frequently unpredictable? Can ideas be counted? What are the consequences of applying a Taylorist breakdown of work into units of time that are mapped on to specific tasks in a way that enables work to be divided, fragmented, fine-tuned for a particular kind of efficiency?

The reason I keep circling back to the idea that we must “waste time to save time” is that the process can’t always be mapped easily from the outcome. What is it that fills in the gaps between those building blocks of tangible tasks and time? What about the time it took to learn to write, the time it takes to keep learning and honing and becoming as researchers, writers, scientists, teachers, skilled at what we do? What about the time that we need not just to read but to think about what we’ve read and seen and experienced, to understand and then make the deeper connections that are necessary for engagement with knowledge? The concern about time and “production” can be internalized to the point where we strive to find ways of making our progress visible. But for much of what we do, this may not be possible.

If academic work is about knowledge, and we come to apply the concept of “productivity” to this work without questioning the implications, then what are we saying about how knowledge happens – and the nature of knowledge itself? The epistemological question flows from the question of governance. If we govern universities on the same terms that we manage factories, we change our relationship to knowledge and also the nature of what we “know”.

As “knowledge workers” we also change ourselves, and our relationship to what we do. Of course it’s possible to divide our time into manageable units, and perform our work accordingly – to act as we’re encouraged to act, as the production line of knowledge. We may come to accept that accounting for ourselves means counting our selves, in an institutional culture where work is an identity and a way of life; and it will be in some ways easier to accept these things and work with them, especially in the current competitive academic job market. To be non-compliant at the early stages of one’s career is to take on a personal risk, the outcomes of which are validated (one way or the other; “maverick” or “failure”) by a meritocratic culture.

My concern is that what we’ll produce are merely the words required to feed the machine of academic professionalization and promotion; and my point is not really about what we “produce” but why we do it, what motivates us, by what logic we are operating when we work. 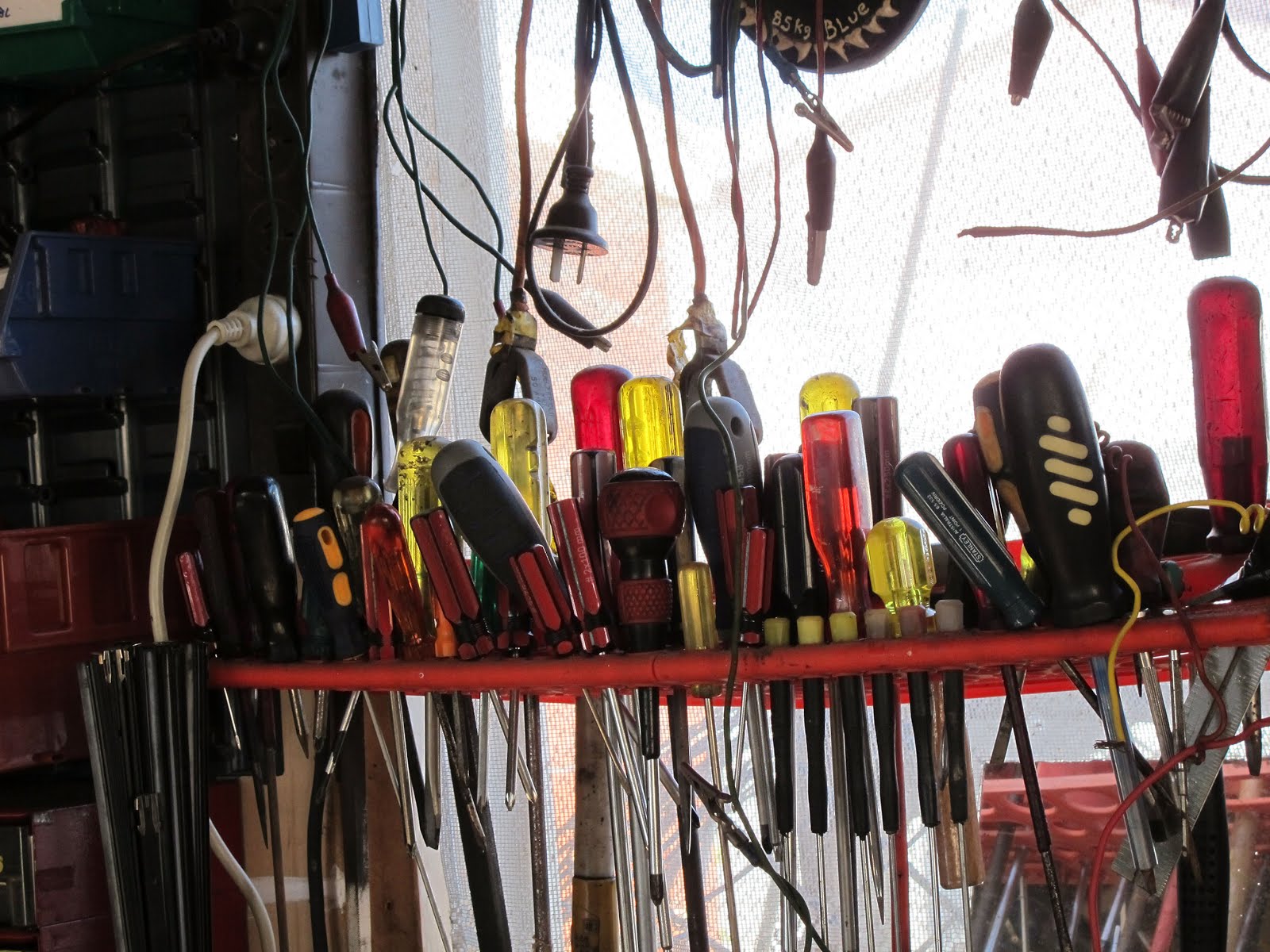 To circle back to perspective, for obvious reasons I was thinking about these things at the same time that I was thinking about my father, talking to people he knew, and hearing stories about things he did. Based on what I’d known of him and what others said, I’m pretty sure he was never striving to be “productive” – but he was always building or fixing something, or talking to someone, or figuring something out. He was happy with what he had, and part of that was what he did (for himself and for others).

And I saw how it was ridiculous that I should feel even a twinge of guilt about my lack of “productivity”: at a time when there could be no expectation, the inner voice was so well-trained that it simply kept speaking. But we all need the voice to be silent, in the same way that we need compassion for ourselves before we can tend to others. You can’t work to make a change if your own (metaphorical) back is broken, which can happen if you just keep piling on the load. I sometimes think of Bilbo Baggins feeling “like butter scraped over too much bread”, a phrase that reminds me of the need to defend some boundaries in order to cross others.

So I didn’t “produce” anything over the past few weeks. I spent over 55 hours either waiting in airports or on flights, feeling tired and claustrophobic. I also walked on beaches and alongside rivers and by rural roads; I heard and saw favourite birds and trees and mountains. I was reminded of why my father loved New Zealand and felt thankful, as always, for the gift of part of a lifetime there; what better inheritance could I ask for? And I suspect all this was productive, and I didn’t write a word. 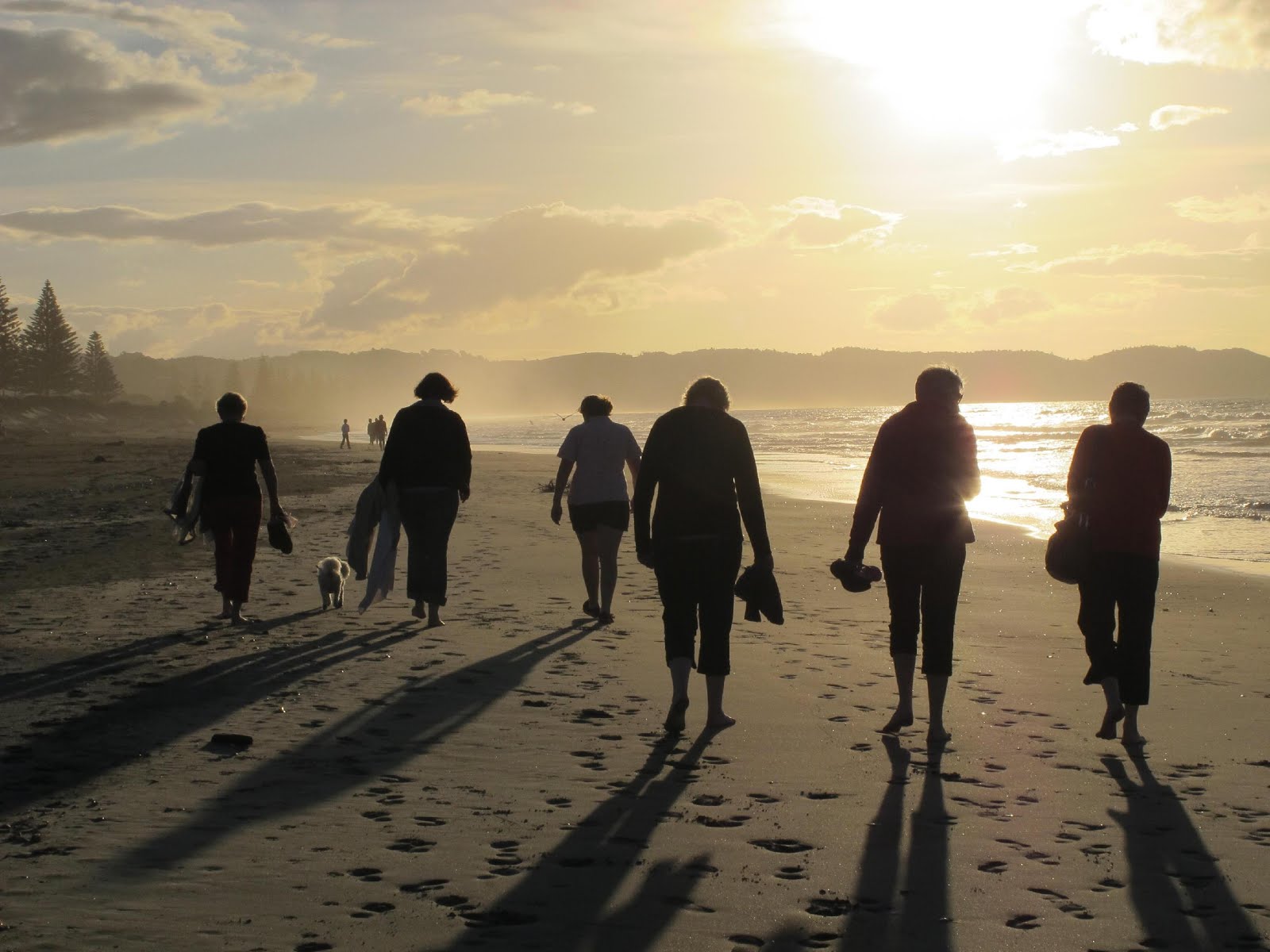 With many thanks to Kate Bowles and Alison Seaman for insightful conversations on this topic.

Melonie Fullick is a PhD candidate at York University. The topic of her dissertation is Canadian post-secondary education policy and its effects on the institutional environment in universities.
COMMENTS
University Affairs moderates all comments according to the following guidelines. If approved, comments generally appear within one business day. We may republish particularly insightful remarks in our print edition or elsewhere.