With the unveiling of its website on September 4, the National Black Graduate Network officially starts its work to connect and support Black graduate students across Canada.

Graduate studies can be a challenging, disconnected and isolating experience for Black students, according to two of the founders of a new graduate student group. PhD students Jamilah Dei-Sharpe and Cherie A. Daniel, who helped found the National Black Graduate Network with PhD candidate Julian Kapfumvuti, say Black graduate students are often the sole Black student in their classes and rarely, if ever, have Black professors or see themselves represented at the higher levels of their universities. “Sometimes there is the experience of feeling isolated or feeling like the spotlight is on you because… race is visible, especially when you’re a visible minority,” says Ms. Dei-Sharpe, who studies at Concordia University.

The National Black Graduate Network came from a need to ease those challenges. But it’s also an opportunity for Black graduate students and students in Black studies to have a shared academic community, to work together and build knowledge with others in their fields. Although the recent protests against anti-Black racism have brought focus to the experience of Black academics and the effects of racism in academia, they weren’t the catalyst for this network coming together. As Ms. Dei-Sharpe explains, it was an unfortunate event at the Congress of the Humanities and Social Sciences in 2019,when a student from Acadia University was racially profiled and mistreated by a conference delegate at the University of British Columbia, that crystallized the need for a cross-country network. Even at an event like Congress, “anti-Black racism is still so prevalent,” she says. Ms. Dei-Sharpe was in attendance as a student representative of the Black Canadian Studies Association and says the incident “really sparked and motivated us.”

For Black graduate students who are part of existing campus groups, there’s still a lot of room to connect and collaborate nationally. “There are a bunch of different groups, student groups, Black student groups in different parts of the country who are trying to build solidarity, who are doing amazing initiatives, programming, decolonizing, and we don’t know each other,” Ms. Dei-Sharpe says. “How much more powerful would it be if we all connected?” 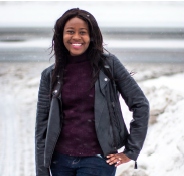 The network is set to launch on September 4 and already has about 150 members. “We’re going to have a soft launch just to promote it in September with this new school year,” says Ms. Daniel, a PhD student with the Ontario Institute for Studies in Education at the University of Toronto. “And then hopefully… once things [COVID-19 restrictions] are lifted or a little bit better then maybe we can have an in-person [event].” 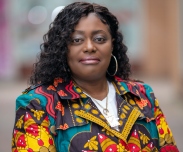 It’s key that the network is for students, and run by students, Ms. Daniel says. “That’s one of the things that’s important about it. It’s specifically for those students that are interested in improving Black studies, going into academics but at a higher level.” Ms. Daniels, who is also a lawyer, notes that the group is also open to Black law students and Black medical students “because they’re considered graduate students and… they still have graduate [student] issues,” she says. “So obviously we want to [do] outreach and provide support to them.”

Ms. Daniels says she didn’t have a Black professor until her second year of graduate studies and didn’t have a Black female professor until the first year of her PhD, emphasizing the need for Black students and scholars to connect. “That’s a bit problematic. I mean, there are [Black] scholars so, where are they? And why am I not being connected to them … [or] see anyone at that level of study in my class, who looks like me? It does really affect your overall graduate school experience.”