The university’s initiative is one of a patchwork of such programs across the country.

Former youth in care in Ontario are once again invited to enrol at Laurentian University tuition-free. The university will cover tuition for any undergraduate student who was in the extended care and custody of the Children’s Aid Society in Ontario for at least one year. This group, previously known as Crown wards, excludes those who had temporary arrangements or may have been placed in foster care for only a short term.

The fee-exemption program was first introduced by Laurentian in 2012, making it the first postsecondary institution in Ontario to waive tuition for current and former students in the care of the Children’s Aid Society. The program was rendered redundant once the government of Ontario offered tuition support for these students between 2013 and 2018; however, in January 2019, the current provincial government made widespread changes to the Ontario Student Assistance Program, favouring grants and loans and marking the end of free tuition for lower-income students, prompting Laurentian to re-launch the program. 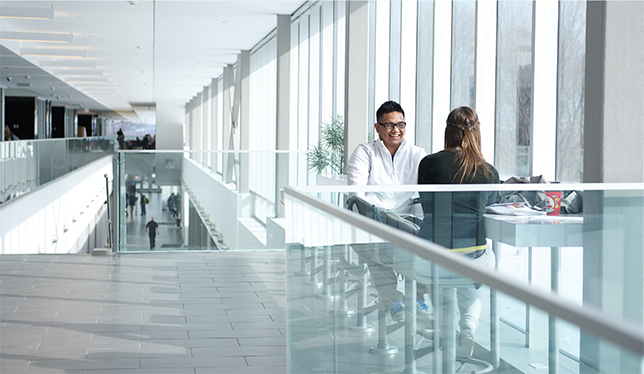 University Affairs reached out to other Ontario universities that had previously offered tuition-waiver programs; none except Laurentian indicated it had reinstated its support for students in care at this time.

Similar programs exist elsewhere in Canada, but the details differ by province and even by institution. As well, each province defines “youth in care” differently, meaning a youth might qualify for free tuition in one province but not in another.

In British Columbia, for example, after several universities created programs of their own, the provincial government stepped in and launched a province-wide initiative in 2017. The program waives tuition and mandatory fees for B.C. students aged 19 to 26 who had spent at least 24 months in care and are attending any of the province’s 25 public postsecondary institutions. According to the government, one year after the announcement, the number of former youth in care benefitting from waivers tripled, reaching 687 enrolments.

Ashley Thomson, an instructional librarian at Laurentian and a long-time board member and current president of the Sudbury-Manitoulin Children’s Aid Society, proposed the original Laurentian tuition waiver program and was one of the people behind the push to reimplement it this year. “Laurentian University is all about changing lives,” he says. “We have a large percentage of first-generation students, a growing number of Indigenous students, and we believe passionately that a good education can change lives.”

Unlike in B.C., Mr. Thomson says Laurentian felt it was important its tuition waiver didn’t have any age restrictions because, “typically, former Crown wards do not automatically attend college or university upon graduating from high school,” he explains. “Unfortunately, far too many of them live unpleasant lives until they get a bit older when they come to the realization, whether on their own or with the encouragement of a mentor, that education is the ticket to a better life.”

The University of Winnipeg was the first Canadian postsecondary institution, in 2012, to launch a program of this kind and now welcomes an average of 25 undergraduate students per year. In Manitoba, the provincial government also subsidizes books and living expenses for these students, explains Jan Stewart, U of Winnipeg’s associate vice-president, academic.

“Without the youth-in-care grant program these students never would have been able to go to university. Now we’re seeing them graduate,” Dr. Stewart says. “We need to find more options for students to see university as a place where they belong.”

Seventeen students benefitting from youth-in-care grants have graduated from U of Winnipeg to date, including Tyler Linklater, who received a bachelor of physical and health education degree this past June. “The [tuition waiver] program really gives people a chance,” Mr. Linklater says. “If I hadn’t had this opportunity coming out of Grade 12 to go into university, I never would have gone.” He says he plans to return to university to get his teaching certification.

In B.C., some institutions continue to offer their own programs that go above and beyond what the government covers. Vancouver Island University’s tuition-waiver program – the first in B.C., launched in 2013 – influenced the province’s decision to roll out the province-wide program. The university uses its own funds to waive tuition for those students who don’t meet the provincial requirements – for example, students of any age who spent at least one year in care. The university does not cap the number of students who can take part, relying on fundraising activities to help cover expenses, including cost of living and books. This September, VIU welcomed 95 students.

William Litchfield, VIU’s associate vice-president, university relations, recalls a conversation with one tuition-waiver student. “They said so many people had written them off because they’re already in their 30s, that there’s no hope for them. And we just said, ‘Welcome. Welcome to VIU,’” he recounts. “You can shed all those stereotypes and names that you’ve carried on – ‘Crown ward,’ ‘orphan,’ ‘in care’ – and just be a student.”

Jane Kovarikova, a graduate of Laurentian and currently a doctoral candidate in political science at Western University, grew up in foster care in Ontario. She founded the Child Welfare Political Action Committee, a not-for-profit organization that advocates for change in the child welfare system. It was thanks in part to her advocacy, with the support of Jamie West, the MPP for Sudbury and also a Laurentian alumnus, that Laurentian reinstituted its tuition-waiver program this year.

Through the Child Welfare PAC, Ms. Kovarikova has addressed the provincial legislature about the importance of fee-exemption programs. One upcoming project for her group is to chart all the tuition-waiver programs in Canada and study their effectiveness; at the moment, there is no centralized location to find information about the opportunities available and no research tracking success rates. “What some academic studies have found is that after age 18, the lives [of youth in care] are a huge challenge,” says Ms. Kovarikova. “In the end, as a government, you pay for it anyway. … You can’t stop caring about them after 18.”