A history of Canada’s full-time faculty in six charts 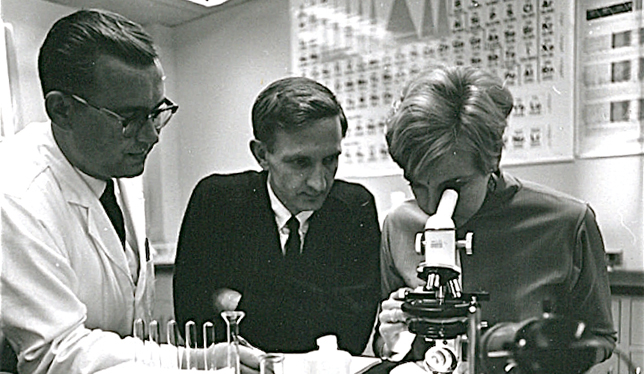 A history of Canada’s full-time faculty in six charts

Last year, Statistics Canada released University and College Academic Staff System survey data for the first time in five years. (The survey had been scrapped in 2012 and revived in 2016.) This data on full-time faculty at 112 universities and colleges offers an important snapshot of Canada’s professoriate (read more about the latest results here).

The UCASS survey goes back to 1937, but 1970 is the earliest date for a continuous time series. University Affairs took a closer look at this data, starting from 1970, and the resulting six charts tell a partial history of Canada’s full-time faculty over nearly five decades (no data was available from 2011 to 2015 while UCASS was on hiatus).

Hover over each graph to see the numbers in more detail. And note that the dates listed represent academic years (e.g. 2016-17, 1970-71) rather than calendar years.

In terms of gender and salary (Figure 2), although women are increasingly represented in the professoriate, men remain its top earners. The gap in median salary between men and women (in constant, inflation-adjusted dollars) was widest in 1990, when men earned around 25 percent more than women. However, the latest UCASS data show women are closing the pay gap: the median salary for men in 2016 was $136,844 while women earned $121,872 – a gap of about 12 percent.

Professional rank may provide context for this difference in pay (Figure 3).

Men overwhelmingly dominate the ranks of full and associate professors in Canada, and thus the highest paid jobs in the country’s professoriate – a fact that hasn’t changed in more than four decades. (Note, in Figure 3, that the number of male full professors in Canada peaked at 13,387 – or 91 percent of all full professors – in 1992, around the same time that the pay gap was at its widest.) The shrinking of the pay gap between men and women over the past decade may correspond to an increase in women in the ranks of full professor and associate professor during that same time.

As the number of female professors increased over the last decade, a similar “cycling” through the ranks seems to have begun for this cohort, suggested by the overlapping female assistant professor (2,885) and female associate professors (2,921) in Figure 3, that starts around 1992.

In Figure 5, the data backs up what academics already know: many professors are experiencing a long delay in joining the ranks of full-time faculty. Few have joined by the age of 39 (the average age of a person graduating with a PhD in Canada is 35) and around 2008, we see the beginning of an important change: the number of full-time professors aged 30-39 decreases to about 15 percent of total faculty in 2016 after holding steady at about 20 percent of total faculty from 2005-2008. Meanwhile, faculty members aged 60 and up, have been steadily rising in numbers. By 2016, the latter group experienced a bump to about 23 percent total faculty in that year (compared to about 18 percent in 2008).

Like the Canadian workforce in general, the professoriate is getting older – a trend that coincides with the loss of mandatory retirement.

The overall greying of the professoriate is also reflected in Figure 6. The median age of full-time faculty increased to 51 in 2016 from 37 in 1970. At the assistant professor rank – generally considered “entry level” in the career of a tenured professor – the median age is now 39. It’s only a six-year difference from the median age of 33 in 1970, but it still suggests academics are getting on the tenure track a bit later in life. The rank below assistant, which presumably includes limited-term faculty postings and the like, has aged sharply: from a median age of 30 in 1970 to 49 by 2016. Along with that fact that “Other ranks” experienced the biggest jump, from 34 to 52, this may indicate that more academics are staying in posts that are full-time, but not necessarily on the tenure track.

Statistics Canada is set to release early data from the 2017-18 UCASS survey in April. The agency is currently exploring the feasibility of collecting part-time faculty data in future surveys, as well as data on race and other demographic categories.