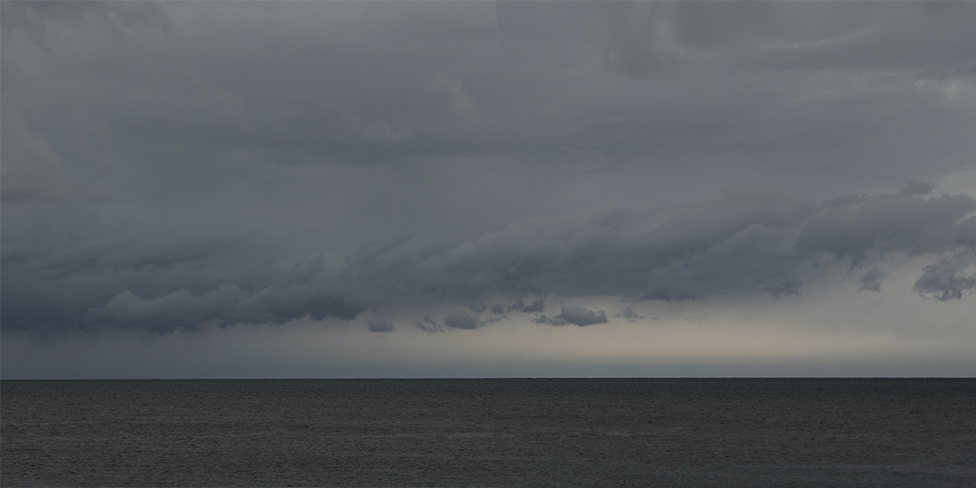 Researchers from numerous disciplines have begun to investigate the heavy toll that loneliness takes on society.

They call it the silent killer, because its effects are not immediately visible and the condition is rarely discussed. Yet almost everyone has suffered from it at one time or another. It destroys people slowly but steadily. The silent killer is loneliness.

Although the idea that loneliness can cause emotional distress is not new, it is only within the last decade or so that researchers have begun to gain a true sense of the physical impact of loneliness and develop insights into its biological underpinnings. The conclusions of this work are startling.

In 2015, psychology professor Julianne Holt-Lunstad of Brigham Young University led a meta-analysis of 70 papers involving more than 3.4 million participants followed over an average of seven years. The study found that a lack of social connections was as great a risk factor for early death as smoking 15 cigarettes a day, and that it constitutes a greater risk than such lifestyle risk factors as obesity and lack of exercise. Other recent studies have connected loneliness and social isolation with a range of health problems, including heart attacks, strokes, drug abuse, alcoholism, anxiety and depression.

And just how widespread is this affliction? According to a 2014 report by Canada’s National Seniors Council, about half of people over the age of 80 report feeling lonely. This emotion is not limited to the elderly. A 2016 survey (PDF) by the American College Health Association of a Canadian cohort of 44,000 postsecondary students revealed that two-thirds of them reported feeling “very lonely” at some point in the previous 12 months. An online U.S. survey of 20,000 adults conducted in 2018 by the health insurer Cigna revealed that 40 percent of Americans said they lacked a meaningful relationship and felt isolated from others. A 2018 survey of 55,000 British citizens conducted for the BBC found that a third of respondents often feel lonely. 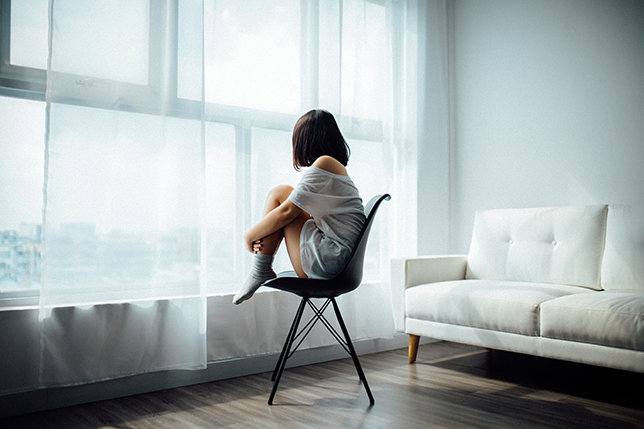 Photo by Anthony Tran on Unsplash.

The view that loneliness is a public health issue deserving of public funds and national attention is being championed most strongly in the United Kingdom. In January 2018, the British government took the unusual step of appointing a Minister for Loneliness in a bid to call attention to “the forgotten millions who live amongst us ignored, to our national shame.” Although the title may sound fanciful, it is part of a multimillion-dollar strategy aimed at reducing visits to the emergency room and the doctor’s office that result from loneliness. Doctors are now being encouraged to treat loneliness by “prescribing” activities like cooking classes, walking clubs and art groups, and are starting to hire “social prescribing experts” – akin to community guides – based in their offices.

Social prescribing is also being tested in Ontario at 11 facilities in a pilot project launched by the Alliance for Healthier Communities, running from September 2018 to December 2019. Doctors refer patients to a “link worker” who connects them with community services and programs that match their needs. The alliance suggests the “prescription” can take many forms: dance lessons, karaoke, museum visits, even bingo.

Many applaud this approach. “It’s a tremendous service to society to bring the subject out of the closet like this,” says Ami Rokach, a clinical psychologist and contract faculty member at York University. Dr. Rokach recalls that when he began researching loneliness in the 1980s, his colleagues felt it was unworthy of serious study. “They couldn’t understand my interest. They wanted to know if I had personal issues with it.”

That attitude has changed and today loneliness has become a focus of interest for researchers from various disciplines, including sociology, neuroscience, psychology and gerontology. Even so, the topic still carries a heavy burden of shame.

“There is a stigma attached to being lonely. People would rather admit to being schizophrenic than admit to suffering from loneliness,” notes Dr. Rokach. “In almost 40 years of counselling I’ve only had one patient – just one – come in because they said they were lonely.” Dr. Rokach believes this stigma derives from the notion that there is some personal failure connected with being lonely. “The lonely person tells himself, ‘I don’t have anyone because I’m a loser.’”

In her 2016 book, The Lonely City: Adventures in the Art of Being Alone, British author Olivia Laing echoes his observation: “Loneliness feels like such a shameful experience, so counter to the lives we are supposed to lead, that it becomes increasingly inadmissible, a taboo state whose confession seems destined to cause others to turn and flee.”

Scientists contend that loneliness isn’t a personality defect or a sign of weakness, but rather a survival mechanism like hunger or thirst, driving us toward the benefits of human companionship. In his influential 2008 book, Loneliness: Human Nature and the Need for Social Connection the late University of Chicago psychologist John Cacioppo argues that loneliness is a reflex honed by natural selection. Since early humans would have been at a disadvantage if isolated from a group, it makes sense for loneliness to stir a desire for company.

However, psychologists stress that loneliness should not be confused with solitude. Loneliness stems from a perceived isolation, the sense that a person’s relationships do not meet their social needs. In contrast, “People choose solitude not because they are lonely, but because they can only do certain things when they are alone,” explains Dr. Rokach. “We tend to associate loneliness with geographic isolation. But someone can be surrounded by people on a city bus or at a concert and still feel disconnected from others.”

Even people in long-term relationships can feel lonely. A 2012 study by researchers at the University of California, San Francisco found that, among nearly 700 Americans over age 60 who described themselves as lonely, 63 percent were married. “That is the most painful loneliness of all, relationships where there is no emotional intimacy,” says Dr. Rokach.

According to the late Dr. Cacioppo, chronic loneliness sets in motion processes that cause damage at the cellular level. Blood pressure rises, cognition dulls and immune systems are ravaged. The aging process accelerates under the corrosive effect of stress hormones, while arteries tighten and raise the risk of heart disease. The lonely sleep poorly, report more daytime fatigue and experience memory problems.

Despite the alarming number of people affected by loneliness, there aren’t many reliable ways to diagnose, prevent or treat it. This is partly because assessing loneliness is not as simple as measuring blood pressure or taking an X-ray.

Enrico DiTommaso, a psychology professor at the University of New Brunswick, invented a scale to assess loneliness that has been translated into several languages and is used around the world. The scale is composed of 15 questions, a total that Dr. DiTommaso gradually whittled down from a starting point of 76. Participants are asked to rate their answers using a seven-point system ranging from “strongly agrees” to “strongly disagrees.” Sample questions include: “In the last year I felt a part of a group of friends” and “In the last year I felt close to my family.” The scale allows a person to assess how lonely they are, along with what type of loneliness they may be experiencing at a given moment, but not necessarily why. 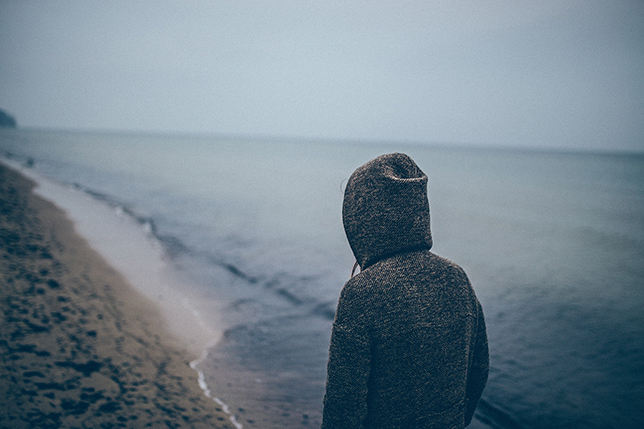 Photo by Patryk Sobczak on Unsplash.

The question of why some are more susceptible to loneliness than others is open to conjecture. Andrew Wister, director of the Gerontology Research Centre at Simon Fraser University, says that loneliness is a difficult subject to study because of its complexity, which may explain why far more Canadian researchers today are investigating social isolation, especially among the elderly, rather than tackling the concept of loneliness head-on.

Not only are there many types of loneliness, the causes vary for different groups, says Dr. Wister. With older adults, the triggers are more likely to be related to poverty, or the marginalization that can occur from being a member of the LGBTQ community or other minority group. Loneliness in seniors can also be related to physical challenges such a loss of mobility and cognitive impairment.

For young people, meanwhile, “loneliness is often a product of the failed expectations of relationships,” says Dr. Wister. Facebook could be partly to blame, especially if people substitute online connections for actual relationships, he says. As well, Facebook can create the illusion that one has a large number of friends when in truth many of these relationships are quite superficial. The social media platform may also induce a sense of failure when your friends’ postings suggest that they are living much more interesting and exciting lives than you are. 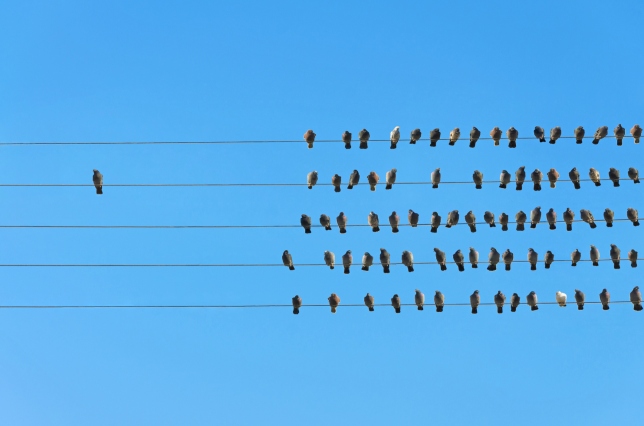 Frances Chen, a UBC psychology professor who has been studying the impact of loneliness on first-year university students, notes that online relationships can’t establish the same feeling of trust and rapport that one can get in face-to-face encounters. “In conversation, so much is communicated non-verbally by expressions and body language and what our other senses pick up. So many signals are passed between people. Even scents can have a powerful effect,” she says.

Insecurities about social acceptance is a huge issue for students, adds Dr. Chen, who notes that when students are asked to compare how many close friends they have made in comparison with how many they believe other students have made, most claim they are not faring as well. She finds that interesting because it runs counter to the common psychological tendency of people to rate themselves above average when asked questions such as “How good looking are you?” or “How good a leader are you?”

David McConnell, a researcher at the University of Alberta’s faculty of rehabilitation medicine, feels that the incidence of loneliness and social isolation in Canada has increased in recent years due to an ebb in “social capital,” a term that refers to the networks of relationships among people that enable society to function effectively. The concept was popularized by Harvard University political scientist Robert Putnam in his 2000 nonfiction book, Bowling Alone.

“People today are less likely to trust their neighbours for support, fewer people are involved in volunteering, and there is a dramatic decline in church membership,” says Dr. McConnell. “We’re not as plugged-in locally.”

Dr. McConnell says an insidious aspect of loneliness is that the stress it brings “undermines our ability to self-regulate our emotional responses.” Not only are lonely people more likely to be volatile, they also often display distorted thinking about others’ intentions and view themselves as victims in their failed attempts to make connections. In other words, loneliness can create its own self-defeating behaviour.

Interestingly, the concept of loneliness as a social pain has been demonstrated by functional magnetic resonance imaging, or fMRI. The emotional region of the brain activated when a person experiences rejection is the same area that registers emotional responses to physical pain.

But while researchers now have a fuller understanding of the biological threats posed by loneliness, the answer of how to solve persistent loneliness remains elusive. In December 2009, Dr. Cacioppo and two co-authors published a sweeping analysis of every study on loneliness intervention done from 1970 to September 2009. Treatments fell into four categories: fostering “social contact” by bringing lonely people together or providing access to email; offering “social support” from visitors, companion dogs or group activities; teaching social skills; and changing the way they think about themselves and others. Of those, only the last, training in “social cognition” – the ability to understand and navigate social interactions – yielded promising results.

In the final analysis, lonely people need to recognize loneliness for what it is – a trap – and make a conscious decision to break the negative cycle of thinking that tells them to play it safe by staying isolated. Ironically, in order to establish meaningful connections with others, it seems that the chronically lonely first have to establish a new connection with themselves.