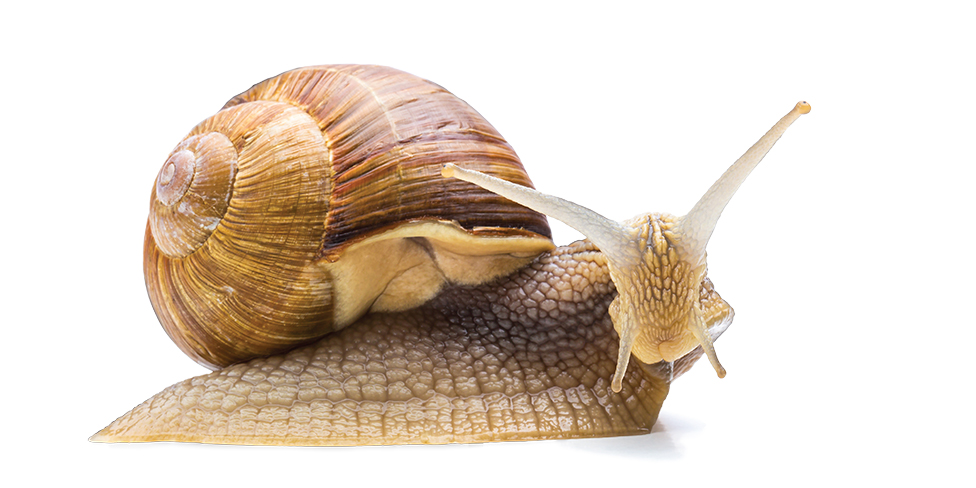 Two years after the surprise success of their book The Slow Professor, the authors reflect on its impact, their attempts to live up to its ideals, and what comes next.

In the spring of 2016, the University of Toronto Press published The Slow Professor: Challenging the Culture of Speed in the Academy, by Maggie Berg and Barbara Seeber, professors of literature at Queen’s University and Brock University, respectively. Applying the principles of the “slow” movement to academia, the authors offered insights on how professors can counter the frantic pace and high expectations of contemporary university life. The book received praise from many within academia for questioning the status quo, but also attracted criticism by some who feel that they aren’t in the same privileged position as the authors to be able to slow down. What’s not in dispute is its success: UTP publicist Chris Reed says the book has sold more than 22,000 copies in various formats, qualifying it as “a national bestseller.” University Affairs editor Léo Charbonneau recently checked in with the two authors to discuss the book’s reception and what’s happened since its publication.

University Affairs: As you may have heard, the interview with the two of you that we published in March 2016 was the most-read story on our website that year. The book gained international attention and generated much discussion within academia. It clearly hit a nerve. Were you surprised by the response?

Barbara Seeber: We thought it would be a quiet little book read by a few like-minded people. We had absolutely no anticipation it would reach a large audience. We made a point of avoiding special pleading for the humanities, and I think we succeeded, but we were both very surprised by the extent to which the book reached faculty and graduate students across the campus, from the humanities to the sciences, business schools to professional librarians to social work. We didn’t think that would happen. We focused explicitly on a Canadian context, and we were surprised that it reached a global audience. And I think Maggie and I didn’t anticipate being noticed by mainstream media. It was very surprising to have our work mentioned in the Los Angeles Review of Books, or to be noticed on CBC and National Public Radio. We didn’t think it would resonate with people in non-academic lines of work, but it has. All of that has been one lovely surprise.

Maggie Berg: We were absolutely blown away by the reception. It was a great thrill that Michael Enright on CBC Radio’s Sunday Edition asked us onto his show. He has two sons in university and he had read the book himself, so it was his initiative to invite us. That was a real treat for us.

UA: What do you think accounts for the book’s success?

Maggie Berg: I think it is because, as you said in the beginning, we hit a nerve. A lot of people have said the book is brave, and I think that is because we brought out what people weren’t actually saying, but knew. We showed sort of the underside of the academic life. And what has been so delightful to us is how people have shared their testimonies, and this has propelled the reception of the book forward into a kind of movement. There are two things that stand out for me in the responses. The people who’ve emailed us or talked to us in workshops have told us that they have given the book as gifts to colleagues or they’ve formed reading groups around it, and that’s more than we could have dreamt of really, that people are actually enacting collegiality around the book and thinking together. We couldn’t have hoped for more. And I think we were only able to do it because we did it together.

UA: How would you address the criticisms of the book from some quarters? For example, we published a critique from two professors who claimed the idea of the slow professor comes from a very privileged position.

Maggie Berg: I actually re-read that letter that you published against The Slow Professor, and I think there were three criticisms that epitomized the criticisms that have been circulating. One of them, as you say, argues that our book reflects power relations because the decelerating professor takes it for granted that junior faculty will accelerate to pick up the slack. This has been a source of anger on the part of adjunct faculty. But we certainly don’t expect adjunct faculty to pick up the slack. First of all, it doesn’t work that way in the university. And, secondly, we are speaking from a privileged position, and we recognize and acknowledge that in the book. We are protected by tenure, so we were able to speak on behalf of others. Emma Rees (a professor at the University of Chester in the U.K.) said in Times Higher Education that she really liked our spirit of advocacy in the book.

Barbara Seeber: I think it’s also important to point out that when we looked at studies of occupational stress, the findings indicate that stress is high across the ranks. So it’s a myth that having tenure means that you don’t have stress, that somehow you’re leisured. Just last week, the Chronicle of Higher Education published an essay, “Why I Collapsed on the Job,” by a tenured professor. The casualization of labour is a grave problem, and it’s something that we should all be angry about, but to direct the anger at individual professors who have tenure is misdirected. I should also add that we have received lots of comments from adjunct professors who recognize that in our work, so it’s not like everyone in an adjunct position has objected to the book.

Maggie Berg: Barbara’s reflection on the person who collapsed on the job prompts for me another criticism of The Slow Professor, which is that it gives the impression that academia is flooded with misery and despair. We do not encourage such hopelessness. The aim of our book was to bring out the joy in our work and to focus on what gives us pleasure – things that can’t be measured by the corporate university. If we were in despair, we wouldn’t have written it.

Barbara Seeber: Maggie and I have also observed that there is a bit of a gender issue with some of the criticisms. One online commentator referred to us as “poor darlings.” It’s hard to imagine that being said about male authors. There’s a sense that women faculty writing about stress are somehow seen as weak or precious. We’ve also been surprised by the criticism that somehow this is a book that advocates for laziness. At a recent speaking event, a member of the audience shared in the Q&A session that when she brought up our book to a colleague, he said, “Put that book away, it’s dedicated to all the lazy people of the world.” Again, that seems to display a basic misunderstanding of our book and of the slow movement.

Maggie Berg: I want to endorse what Barbara’s saying. I think a lot of criticism came from a misunderstanding of what “slow” really means. It’s not about slowing down; it’s about changing our relationship to time. …

Barbara Seeber: … It’s about working differently, and about exercising agency. And the reason that we chose the framework of the slow movement is because it is explicitly a political movement that is part of a critique of corporatization, the way large multinational corporations have taken over so much of what we do. And, personally, this particular criticism of the book strikes me as a pretty heartless response to all the emerging data on the mental health challenges facing faculty and staff, not to mention students. There is still this celebration of overwork, as if working long hours has some kind of virtue in and of itself.

UA: Have you tried to implement the book’s principles in your own work?

Barbara Seeber: The question assumes we developed a framework before trying it out, and it was actually the other way around. As we pointed out in the book, it started in conversations between us about how to cope better. So that came first. Then we looked at studies of occupational stress and realized that we weren’t alone, that we weren’t just constitutionally unfit, and then we started reading widely in the literature of higher education.

The book combines practical advice, strategies and some personal experiences with a systemic critique. But, we both also feel it’s important to say that it’s not like we have all of this figured out. A close friend of mine last year kept teasing me, saying, “You know, Barbara, there is this book called The Slow Professor. You should really read it.” Going against the culture of speed means going against the grain, and that is always difficult. It’s a process, and it requires ongoing practice and ongoing reflection and vigilance, because we’re working and living in a culture, in academia and beyond, that militates against it. We still work too much and worry too much. When we get critiques that somehow this is about us slacking off, it really stings.

Maggie Berg: I was saying to Barbara yesterday that I’ve been feeling rather hypocritical this term, that having written The Slow Professor, I’m still finding it so difficult not to be overwhelmed by work. It is a continuous struggle. But what I’ve tried to do this term is to focus on the kind of service that gives me pleasure and is important to me, like workshops on writing your thesis with PhD students and on the fear of teaching with new teaching fellows. The other thing that I have tried to do is to work much more in my office because it made me much less lonely. I’m fortunate to have great colleagues who I can go to lunch with two or three times a week. There’s a small group of us who are in and out of each others’ offices and exchanging ideas about teaching and sharing our problems. It’s been enormously helpful in coping with stress for me. But I’m also aware that not everyone can do this, especially adjuncts who may be working at two or three different universities and may not even have an office to work in.

UA: Do you have any plans for a follow-up book?

Maggie Berg: We do! We’ve been persuaded to write the sequel, but we don’t know exactly what it will be yet. We thought that we had nothing else to say, but it turns out that that’s not true.

UA: Do you have a publication date yet?

Maggie Berg: No, it’s way too early for that discussion.

Barbara Seeber: I can tell you this: it’s going to be later than we think.