The business of sustainability

In response to demand from students and industry alike, business schools are increasingly focusing on environmental and social impact.
BY PATRICIA HLUCHY
AUG 17 2022 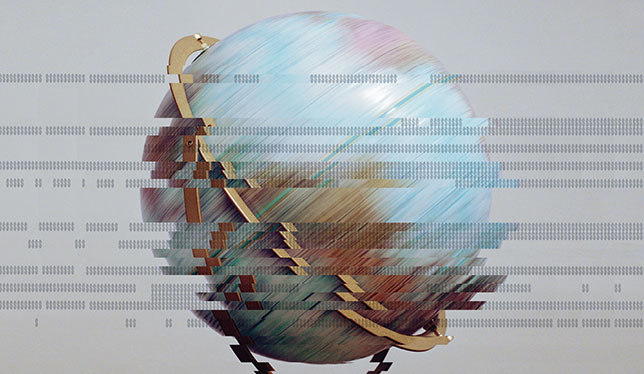 The business of sustainability

In response to demand from students and industry alike, business schools are increasingly focusing on environmental and social impact.

When environmental engineer Ryan O’Grady discovered the MBA in sustainable innovation at the University of Victoria, it seemed like the ideal choice. The 44-year-old had long been focused on sustainability and reconciliation issues. As director of Indigenous legislative co-development for the province of British Columbia, he works with First Nations communities that have been disproportionately affected by climate change.

“There are plenty of cookie-cutter MBA programs out there, and the sustainable innovation program definitely is not that,” says Mr. O’Grady, who started the two-year weekend stream last year. “Yes, it has all the traditional MBA content – business, strategy, leadership. But UVic had the courage to go way outside the box and completely reinvent their MBA program a few years ago.” It has “completely integrated” the reconciliation component, he adds, as well as environment, sustainability and governance, for example. “In so many other programs, these things are token side courses, whereas at UVic it’s really proactive and focused on high-level understanding and providing the skills required to actually be a champion of change.”

UVic is one of a growing number of universities across the country that offers business courses and programs with a sustainability component or outright focus. On the other side of the country, Memorial University of Newfoundland began offering an MBA in social enterprise and entrepreneurship in 2019. Between the two coasts, there is now a plethora of undergraduate and graduate programs, and courses, in this space.

Why have these programs emerged? The most obvious answer has to do with the increasingly destructive effects of the climate crisis. While many sustainability-focused business courses and programs embrace broader, and often related goals such as social impact, governance, Indigenous reconciliation, as well as diversity, equity and inclusion, the fate of the Earth is paramount.

“How can the planet not be a stakeholder?” says Cheryl Mitchell, academic director of UVic’s MBA in sustainable innovation, which offers courses such as responsible and ethical leadership, and people and the future of work. “We have to ask, how would we give the Earth a voice? If the Earth had a voice… what would it be asking us to do? I’d like to think that our program is a great start. The context for it is that sustainability is no longer an option, and that’s going to involve a lot of regenerativity, fixing what we’ve done. But we also have to be innovative as we move forward.”

For Millennial and Gen-Z students, the climate disruptions they’ve grown up with have been major catalysts. Take for example Lul Ali, who became deeply concerned about the environment in middle school, when she and her friends started a save-the-penguins club. Enrolling in the international bachelor of business administration program at York University’s Schulich School of Business galvanized that passion.

“I took a course focused on responsible business in a global context,” she recalls, “and that really started my interest in sustainability, cleantech and other subjects, because I went into business wanting to make the world a better place.”

She says her generation is deeply troubled by the scientific reports being produced by the UN Intergovernmental Panel on Climate Change, but she is also inspired by activists such as Greta Thunberg and the late Kenyan Nobel Peace Prize laureate Wangari Muta Maathai. “We’re realizing that we’re in a very bad situation, and that if we don’t change and reduce our global temperatures, things are going to get catastrophic. We’re going to have to deal with these impacts in our lives,” adds Ms. Ali, who graduated from the Schulich program in the spring and is working as a consultant for Deloitte’s climate-change and sustainability practice in Toronto.

Changes in the business world

As Ms. Ali’s job indicates, another factor in the emergence of sustainability business programs is the job market. Hiring has been catalyzed by, among other things, the Paris Agreement to limit global warming, and by the federal government’s goal of achieving net-zero emissions in Canada by 2050.

These and other factors, such as increased profitability – through greater efficiency, an improved reputation, and capturing waste to manufacture new materials and products, for example – have put pressure on organizations to embrace sustainability. There was a 48 per cent increase in sustainable investment assets in Canada between 2018 and 2020, according to the Global Sustainable Investment Alliance. Meanwhile, a 2021 World Wildlife survey found that 60 per cent of all Fortune 500 companies had established at least one climate- or energy-related target, up 12 per cent since 2017. And a 2022 report from LinkedIn indicated that the quotient of people who are contributing to a green economy in the global workforce hit 13.3 per cent in 2021, up from 9.6 per cent in 2015.

Olaf Weber, a professor in the 13-year-old School of Environment, Enterprise and Development (SEED) at the University of Waterloo, says increased student interest and the changing job market contributed to his institution creating programs in this area, noting that “there has been a demand in industry, public administration, NGOs and other sectors.” SEED offers a PhD program in sustainability management, as well as master’s programs on topics such as environment and business, and an undergraduate environment and business program that predates the school. “Sustainability-management programs are also driven by a need for academic research, because there are not many programs doing similar things,” says Dr. Weber, who holds a research chair in sustainable finance.

Like U of Waterloo, HEC Montréal, which is affiliated with Université de Montréal, takes pride in the fact that it was an early adopter of sustainable-business education – well before the Paris Agreement, and before demand from students and industry became driving factors. HEC created its first program in that space, a specialized graduate diploma in management and sustainability, back in 2006. Since then, it has introduced seven educational options, including three master’s level programs as well as an undergraduate microprogram in sustainable development. In the fall of 2020, HEC saw a 78 per cent increase in enrolment in such programs over the previous year because of increased student interest and the addition of new programs.

“We started early because we had academics who were concerned, and [who] also were doing research about what was going on with the overconsumption of resources on our planet, and about social inequalities,” says Johanne Turbide, HEC’s secretary-general, director of sustainable development, and head of equity, diversity and inclusion. “And in 2019, we drafted a strategic plan and changed our mission to shift to promoting sustainable-development and social-responsibility values in future leaders.”

At Memorial, the genesis of the master in social enterprise and entrepreneurship (MBA-SEE) program reflects the province’s “long history” in that area, says interim director Tom Cooper, “whether it’s the co-operative movement, to a number of agricultural co-operatives, to a very strong non-profit sector, to Port Union.” (The latter, an historic town located 120 kilometres northeast of St. John’s, is believed to be the only community in North America established by a union. Its mission was to shift some power to local fishers.)

Dr. Cooper notes that while most MBA programs are generalist degrees, “what students and employers increasingly are looking for is kind of a differentiator: something that gives them both experiential learning as well as academically rigorous courses.” The MBA-SEE is a 12-month program that includes a four-month internship. Dr. Cooper says that gives students a leg up in the local job market, including international students who hope to stay in Canada.

One student who has benefited from completing the MBA-SEE is Wendy Reid Fairhurst. She has a background in design and architecture, worked on a St. John’s-area co-housing project while completing her master’s and is now pursuing an interdisciplinary PhD at the university to help move that project forward.

“I was never really interested in business, actually,” she says. “But we are doing social change, and I recognized that the thing that we were missing was business skills… Now, when we go into meetings with potential funders or financiers, we’re at the table as equals.” The project, she adds, is based on both social and environmental sustainability “because the whole point of the enterprise is basically bringing back those two extra pillars, along with financial sustainability, to kind of make more impactful businesses.”

Ms. Fairhurst says 58 acres of land were purchased for the co-housing project last year, and a “participatory” design process is now underway. “We’re building on just three acres, housing roughly 30 households, and the rest is going to be regenerative agriculture. We have a constructed wetland that’s going to deal with waste. We’re hoping to keep as much water on site through this permaculture approach. And so, really, [we’re] kind of being climate-conscious and projecting out 60 years.”

Helping to establish such innovative green communities is just one example of the many ways that sustainable-business programs are helping the global effort to mitigate climate change and save the planet. But some experts believe universities could be doing more. Toby Heaps, CEO and co-founder of the quarterly magazine Corporate Knights – which focuses on “clean capitalism,” defined as “an economic system in which prices incorporate social, economic and ecological benefits and costs” – has kept an eye on how postsecondary institutions are addressing environmental and other issues.

“There is a lot happening [in universities] that’s encouraging, but it’s not keeping up with the change of pace in the world,” Mr. Heaps says. “We live on a hot, crowded, socially combustible planet, so there are a lot of problems crying out for solutions, which are attached to every discipline and can only be solved through a holistic, interdisciplinary approach.” Public and philanthropic grants are also increasingly being directed toward sustainable development, he adds, yet employers interested in being part of the solutions frequently express difficulty in finding university graduates with appropriate skills.

Conditions like these underscore the need for universities to undergo a culture change within their bureaucracies in order to adopt the kind of bold, agile responsiveness that is demanded by rapidly changing times, Mr. Heaps says. “It’s really kind of an existential moment for universities, which I believe really have an important role to play in the upscaling of our civilization to thrive amid all these challenges.”

PUBLISHED BY
Patricia Hluchy
Patricia Hluchy is an award-winning freelance writer and editor who has worked for Maclean’s, the Toronto Star and ON Nature magazine, among other publications.
SEE SIMILAR STORIES
COMMENTS
University Affairs moderates all comments according to the following guidelines. If approved, comments generally appear within one business day. We may republish particularly insightful remarks in our print edition or elsewhere.