University homestay programs strive to offer more than room and board

These programs offer international students, and their host families in Canada, the chance for a real cultural exchange.
BY ANQI SHEN
AUG 21 2019 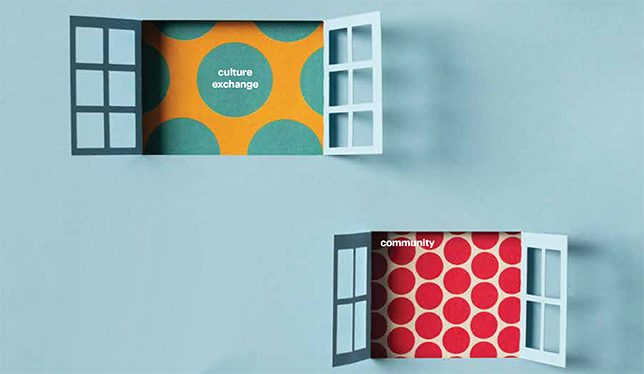 University homestay programs strive to offer more than room and board

These programs offer international students, and their host families in Canada, the chance for a real cultural exchange.

When Kari and Scott Warner became homestay hosts, their daughter was an infant and they were expecting their second child, a son. After hearing about the homestay program at Vancouver Island University from a neighbour on their street, they applied to host international students in their Nanaimo, B.C., home. It has been challenging at times to juggle the obligations of a host family while raising two young children, but sharing their home was something Ms. Warner says she and her husband had always wanted to do. They both grew up in families where bringing someone into the fold was not uncommon and, she adds, “we also thought it would be great for our kids to learn more about other cultures and that family is more than just what you’re born into.”

Safe to say those lessons have been imparted over the past 10 years. Ms. Warner has noticed that, as her children get older, the goodbyes get harder – when a student leaves, it can sometimes leave a “hole in the family,” she says. There was a student from Germany whom their daughter really connected with, and a student from Japan who bonded with their son. “As soon as the door would open, my son would just be flying down the stairs and hugging him. They would play basketball all the time together, hanging out, playing games. They call each other brothers,” Ms. Warner says. Fortunately for them, not all the farewells are forever. The Warners keep in touch with a number of former students, including another student from Japan who still visits regularly during holidays and celebrations, now that she is living on her own in Nanaimo.

In Canada, homestay programs offer international students – whether in high school, a bridging program or at a postsecondary institution – the opportunity to live with a host family that provides safe accommodation and food or meals at a relatively affordable price. Most Canadian universities have homestay programs, usually coordinated through the international student office, off-campus housing or as part of an English language centre or institute on campus. Some are run by a third party, usually a company specializing in homestay management. University homestay programs are often pitched as an intercultural experience, rather than just providing the necessities of food and lodging; students are able to practise their English-language skills and learn about Canadian culture with the help of a welcoming host.

The University of Alberta runs a homestay program in tandem with its English Language School, which provides English-language instruction and a bridging program for international students. Its website spells it out: “Live with a Canadian family, experience Canadian culture and practise your English beyond the classroom.” For $850 a month, international students get a private, furnished room along with breakfast, lunch and dinner, seven days a week, in a location that is no more than a 45-minute transit ride from the university.

U of A’s homestay program has a network of 400 host families selected by the university to participate. Families apply by filling out an application and completing a vulnerable sector check, followed by a home visit. Trudy Stevens, the university’s founding homestay coordinator, has spent most of her 20-year career visiting homes to screen and follow up with host families. “I would say about half of my time, I’m out either visiting prospective host families or going back and visiting ones we already have on board,” Ms. Stevens says. She looks for basic markers like cleanliness, but also an attitude of openness to different cultures. “There’s a lot you can glean by just noticing things in a person’s home. You learn so much more than the questions you ask,” she says.

Ms. Stevens adds that hosts should not confuse the homestay program with renting a space at typical market rates. “We were looking for an affordable alternative for students, and why it remains affordable is because we intentionally don’t set a rate for host families that is overly high. We want to make sure it is treated as a mutual learning of cultures and a cultural exchange,” Ms. Stevens says. “The value of what they’re getting is not money, it’s an international cultural experience.”

International student enrolment has been on a steady rise in Canada over the past two decades. According to data from Immigration, Refugees and Citizenship Canada, at the end of 2018 there were 435,000 international students studying at postsecondary institutions in Canada. That’s an increase of about 18 percent from the previous year and a 275 percent increase over the previous decade. Statistics show that India has surpassed China as the top source country in 2018, at 173,000 students studying at all levels, a 40-percent surge from 2017. South Korea and France take third and fourth place, sending 24,000 and 22,000 students respectively, with Vietnam not far behind with just over 20,000 students in Canada, surpassing the number of Vietnamese students who choose to go to the United States.

While homestays are not normally part of the domestic recruitment process, they do play a big role in international student recruitment, explains Jennifer Wilson, managing director of the Canada Homestay Network, a family-run non-profit organization that manages homestay programs across the country. In Canada, “we like to keep our kids close to home,” Ms. Wilson says, but “in most non-English speaking parts of the world, there’s a whole network of companies that specialize in international education. Just as you might walk into a Flight Centre here to book a holiday, there are companies overseas where you would walk in off the street as a parent and book international education.”

The relationships between these international agents and educational institutions are vital, because institutions get limited facetime or direct access to international students and their parents, aside from large educational fairs in hotel ballrooms abroad, Ms. Wilson says. “There is a bit of a change in the industry happening right now away from relying on agent relationships, but that’s very gradual and early days. Most of the [Canadian] partners we work with still travel overseas and spend most of their time meeting with agents and not students.”

As such, international education agents have come to play a crucial intermediary role between parents, students and educational institutions, including universities in Canada. But concerns have emerged over the years around agent practices and under what terms institutions contract them. 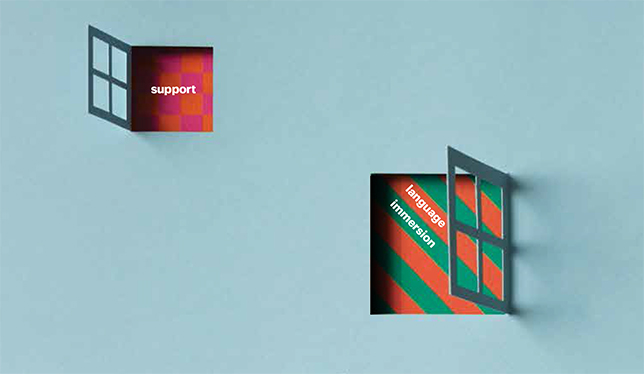 “It’s really important, from my perspective as a homestay program manager, that the agents are selling a product that we can deliver,” Ms. Wilson says. “What ends up happening … is that we have students who come to Canada and sign up for homestay, and they don’t seem to understand the purpose and meaning of living in homestay.”

Misunderstandings can arise from relatively simple tasks or cultural differences: a student may think it’s their host’s responsibility to do their laundry, for example, which is not the case. Culturally appropriate food can be a common source of confusion as well. “I’ll hear from students, ‘there’s no food,’” says Danielle Johnsrude, manager of homestay and off-campus housing at VIU. “And so, I’m thinking, that’s terrible, what’s the host family thinking? And if you ask, ‘can you show me pictures of what’s in the fridge?’ it’s full of food, but it’s not food they’re used to eating.”

The intercultural exchange aspect of homestay is crucial, Ms. Johnsrude says. “We really feel a homestay experience is about developing respectful relationships.” And, in fact, homestay is not for everybody. “We want the opportunity for the hosts to experience the internationalization component in their own home, and we want students to experience what it’s like to live in Canada and the diversity that Canada has to offer, because that’s one of the surprising things from our students.”

Ms. Warner agrees there can be challenges that come with being a homestay host, along with many delights. Some students get homesick, she says, and many have found it difficult to overcome the language barrier. Others found themselves navigating serious mental health issues. Through it all, Ms. Warner says, she tries her best to support them, calling in help from the university’s homestay program when needed. “I try to treat them the way I would want someone to treat my own family.”

VIU’s homestay program is run through the university’s international and off-campus housing services, and focuses on developing “graduate attributes” – a collection of skills under the three pillars of literacies, intellectual and practical skills, and civic engagement – for which university students can claim credit on their co-curricular record. The program places about 500 to 600 international students per year in homestay across three streams: an English culture and language program; a program for undergraduate and graduate students; and a high school program.

With competition from third-party homestays, shifts in the housing sector and the rise of rental giants like Airbnb, host recruitment has become more challenging for university homestay programs in recent years. “Homestay is embedded in the culture of Nanaimo. There are several companies that do run homestay programs in the city, and the school district also runs a program with lots of students,” says Ms. Johnsrude.

“It’s really important to decide what homestay wants to be, because we aren’t an Airbnb and don’t want to confuse students,” she says. “That’s why we’re starting to develop [the program] into a living-learning community around our graduate attributes co-curricular program, saying this is an experiential program that is part of the faculty of international education versus just a placement agency in a home.”

While younger students make up a large part of the homestay population, graduate students also use the programs. Görkem Bakir experienced her first Winnipeg winter when she arrived in 2017 as a PhD student at the University of Manitoba, where there is a small homestay program run in-house by two staff.

Previous to her arrival, Ms. Bakir had been in contact with her hosts via email. The couple, in their 50s and 60s, had adult children who no longer lived at home. They welcomed Ms. Bakir at the airport and drove her to her new home, where for $750 a month she was provided with lodging, utilities and food – breakfast and lunch she could prepare on her own using groceries provided to her, and dinner was a meal prepared by her hosts.

It’s now been over two years that Ms. Bakir has been living with her hosts. “I’m part of their family right now. We’re going out, we’re going shopping together,” Ms. Bakir says, pleased she has found a suitable match.

When she was applying to the university’s homestay program, Ms. Bakir says she was hopeful that somebody could help her get the lay of the land. She had heard good things about homestay from friends who live elsewhere in Canada. Another goal of hers was to improve her English. U of Manitoba runs its program as part of its English Language Centre, similar to U of A and other postsecondary institutions.

Now accustomed to life in Canada, affordability is one of the main reasons Ms. Bakir continues to participate in homestay. She says it would be hard to find a one-bedroom apartment, with no utilities or food covered, in the same area for under $1,000 a month. “I think homestay is very cheap compared to other apartments. The area is safe and I’m with people who like me.”

PUBLISHED BY
Anqi Shen
Missing author information
SEE SIMILAR STORIES
COMMENTS
University Affairs moderates all comments according to the following guidelines. If approved, comments generally appear within one business day. We may republish particularly insightful remarks in our print edition or elsewhere.